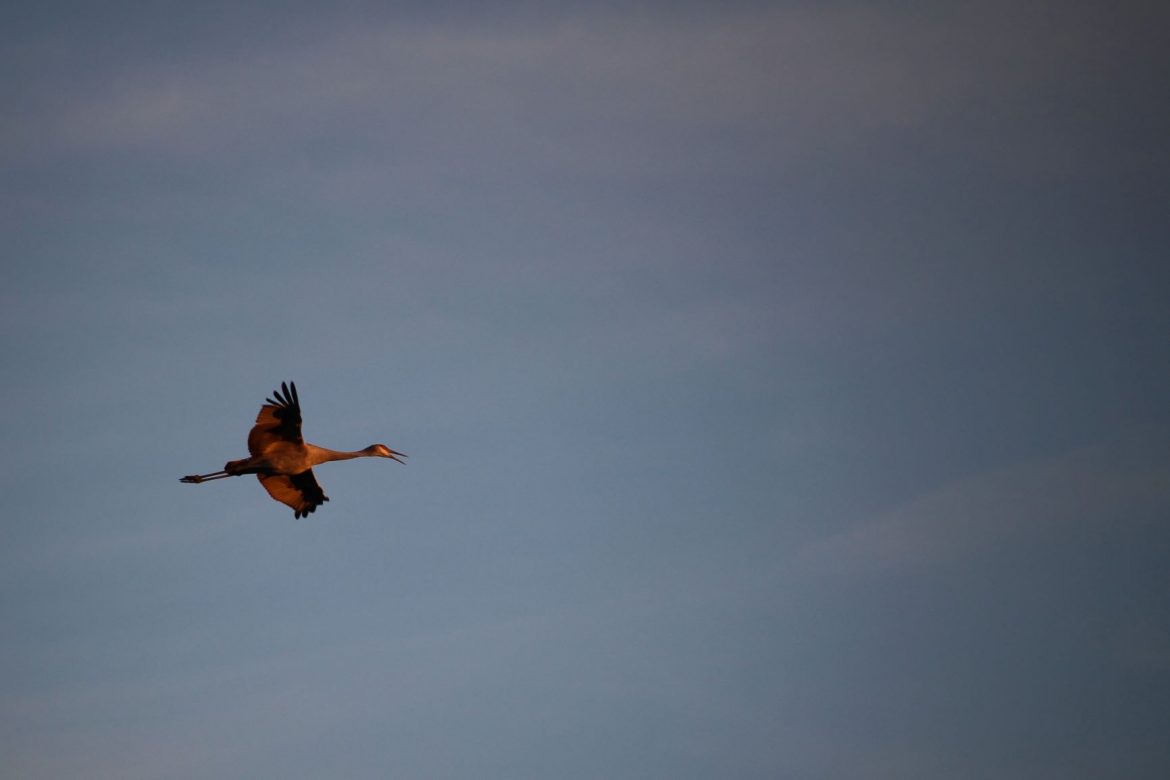 I’ve given a handful of presentations about water, climate change and politics in quick succession over the past few weeks. Flashing the requisite slides on the screen—a dry Rio Grande in April, woefully low reservoirs this summer and fall, graphs showing temperature increases over decades—I’ve watched your faces in the audience.

I’ve seen your shock over emptying reservoirs. Grief at the photo of hollowed-out fish at the edge of the sandy channel, where they took refuge until the last puddles dried. I’ve looked at the older white men whose faces are the physical manifestation of the messages I sometimes receive: “What does she know?” And I’m still thinking about the silver-haired woman who teared up when she mentioned her brand-new grandbabies. She turned from me as she wondered aloud about their future. Then she stopped talking. And I didn’t know what else to say.

Last month, a special report released by the Intergovernmental Panel on Climate Change explained we have about a decade to prevent catastrophic and irreversible warming—but only if we choose now to change our energy systems. For more than a century, we’ve extracted fossil fuels from the ground and burned them to power our economy, drive our cars, heat our homes and fuel our war campaigns across the world.

It turns out that burning up millions of years’ worth of carbon in only a century or so has consequences.

Like many of you, I feel the tug of despair. And over the past few years, I’ve even tried to stay my heart against landscapes that previously offered solace.

It’s not emotionally restorative, after all, to witness swaths of conifer forest degrade from green to brown in a matter of seasons. To watch the Rio Grande turn from mud to sand in April, when snowmelt should have been swelling over its banks. To see a favorite little canyon—where every year I watch tinajas fill with water, then tadpoles and snakes—stay mostly dry this year, even after monsoon season.

It is my job as a journalist to bear witness. And to report these changes.

But in the past few years, I’ve sometimes failed to notice beauty beyond the scars on the landscape. And I’ve oftentimes found it harder to connect with humans, even those I love the most.

Then this fall, I busted my rotator cuff. It was impossible to drive without contorting myself to steer and shift with one hand. So I started walking around my neighborhood instead of driving to hiking trails, where it’s my habit to actively avoid anyone else who might be out there, too.

In late October, I started walking an hour-long loop that left me standing at the corner of a field full of sandhill cranes just before sunset. I’d watch the Sandia Mountains turn pink and then purple while the cranes lifted off in small groups, heading west toward the river for the night.

As weeks passed, more people clustered along the field each day. Almost always, we’d each stand quietly, waiting for the birds to run a few skipping steps and take off toward the west. We’d smile up at the sky as their wings powered them toward the river a half-mile away.

Transformed, we’d each head back to our families and loves, responsibilities and challenges.

It wasn’t until this weekend that the pre-twilight ritual reminded me to excavate a picture my daughter had drawn in elementary school. In yellow highlighter and ballpoint pen, she captured a flying crane—its neck outstretched and feet dangling—after a visit to Bosque del Apache National Wildlife Refuge.

I keep it, even though the ink has faded, and I can barely make out the words she wrote in the top corner: “cranes are our fall gods.”

Year after year, when the birds migrate here to winter along the Rio Grande, their calls remind me—and likely anyone who hears them—of the past. Their whirring croaks have a primordial quality, and even in the middle of Albuquerque, it’s possible to close your eyes, listen to their calls, and imagine the past.

And just maybe, imagine the future, too.

A few days ago, a woman who looked to be in her 70s spoke as she walked slowly up the dirt path. Her face resplendent, she smiled at me: “We are the luckiest people on the planet.” All I could do was grin like a mad fool and agree with her. And feel grateful that birds and strangers could exert such power over my heart.