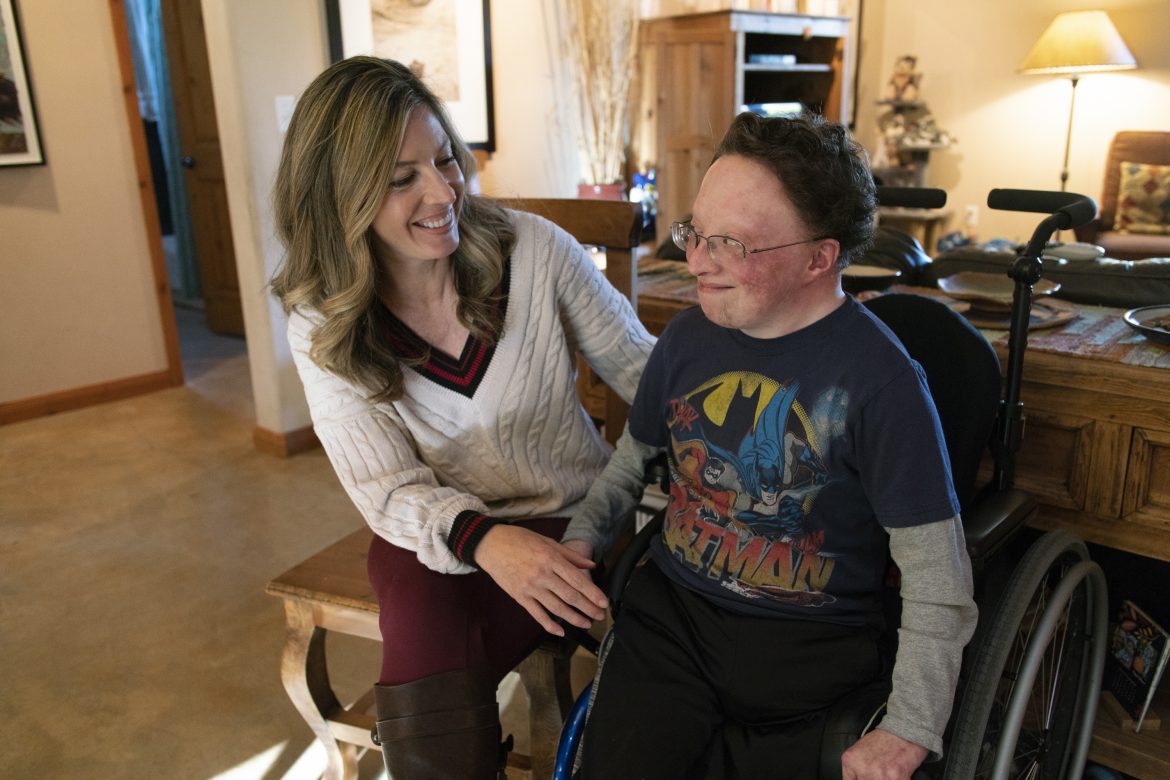 The two pediatric heart doctors made for an odd couple at the Legislature’s Health and Human Services Committee: Bill Stein in his conservative gray suit and Jon Love with his blond ponytail, three earrings and shiny blue blazer – both testifying to their desire to work together.

Their respective employers had been in open – at times cutthroat – competition for years. The result has been a health system in which very sick kids are more likely to be sent out of state than two miles down the road to the competitor.

Stein, 42, who is employed by Presbyterian Healthcare Services, is the state’s sole pediatric cardiothoracic surgeon. Love, 56, is the lone pediatric interventional cardiologist at the University of New Mexico. Together, the specialists put forward a simple answer that pediatricians and parents of medically fragile children have been longing to hear: collaboration.

The two hospitals are the state’s largest providers of pediatric specialty care and serve one of the country’s most Medicaid-dependent populations of children. In 2013, their longstanding antagonism boiled over after insurers failed to reach a deal that would have let patients easily access both networks.

New Mexico’s relatively small pool of patients means that neither institution has the critical mass it needs to hang onto key pediatric specialists. On the human level, it has been a nightmare for families whose children require highly specialized care.

Ask Siah Hemphill, whose son Nicholas, 22, was born in New Mexico with a rare syndrome that caused abnormal growth and bone cancer that resulted in a leg amputation. Ask Amanda Salaiz, whose 10-year-old son Josiah suffers from blindness and a sensory deficiency that requires a feeding tube. Or Charlotte McGaughey, who crisscrossed the Southwest to find care for Matthew, now 21, who is autistic, nonverbal and has suffered debilitating gastrointestinal problems.

Ask what it took for Hemphill, Salaiz, and McGaughey to get the treatment their kids needed and you will inevitably be met with tears of anger and frustration.

“There’s so much miscommunication and disorganization,” said the Silver City mother, recalling the phone calls, lost work days and the sores her son developed from using an outdated chair. In the process, the family went through two primary-care doctors, two physical therapists, and multiple 480-mile round trips to Albuquerque.

“It is so convoluted and confusing and unclear, and I have a master’s degree,” Hemphill added, explaining that last year the family switched Medicaid providers in order for Nicholas to see the appropriate specialist at UNM. Finally, he got the wheelchair he needed. “I don’t know how anyone can navigate this disaster of a health care system.”

There are signs of a turnaround. Nearly a year into joint talks, Presbyterian and UNM leaders are quietly mapping a collaborative relationship that could benefit New Mexico kids – including taking baby steps that could lead to a unified children’s hospital. Stein and Love pioneered the initial agreement to link the hospitals’ pediatric specialties.

“Working with UNM is one of the best things we can do for the state,” Presbyterian Chief Medical Officer Jason Mitchell told Searchlight New Mexico. “Making sure we have enough pediatric specialists in our state to take care of our kids is really, really important.”

Historically, fierce competition between the two hospitals meant that physicians at one hospital rarely got privileges to work at the other. Health plans – including the Medicaid plans that cover more than half of all children in New Mexico – would sooner send a sick child to Denver, Dallas or Phoenix to see a specialist than to the other system.

This tendency worsened five years ago when one of the largest Medicaid providers, Presbyterian Health Plan, restricted clients to its own hospital system. At the time, Presbyterian cited the high cost of care at UNM, which as an academic institution may charge more than commercial providers.

“It drives me crazy as a practitioner when I can’t get kids the care they need, because health systems and managed care organizations don’t cooperate,” said Brian Etheridge, a Silver City pediatrician and past president of the New Mexico Pediatric Society.

Etheridge said he has seen Presbyterian deny access to specialty care at UNM over and over again, and he believes “they deserve to be held accountable for letting system issues routinely interfere with doing what’s best for patients.”

An estimated 98,000 New Mexico children have special health care needs, according to a Kaiser Family Foundation study, and 59 percent of them are on Medicaid. For families living near the poverty line, a hospital stay in another state imposes immense hardships. Medicaid pays for some travel expenses but not for the “hidden” costs – the missed days at work, the lost jobs, childcare for siblings, the stress of family separation.

In addition to being the mother of six adopted children with special needs, she is a family liaison with Parents Reaching Out, an Albuquerque nonprofit that helps parents navigate their children’s health care, education and other needs.

Convinced that the state’s population is too small and its families too fragile, pediatricians, parents and physician specialists last year launched a strong lobbying effort in the state Legislature. In 2018, the House unanimously approved a memorial instructing the New Mexico Pediatric Society to convene a task force to propose solutions.

First on their list is “a single, unified Children’s Hospital, incorporating all pediatric specialties available in New Mexico” – not necessarily calling for a new building but advocating for an institutional framework that would eliminate the barriers families face trying to access care at both hospitals.

At the legislative hearing in November, Love told the story of a 6-month-old who, over the summer, needed a procedure that Love couldn’t safely perform without surgical back-up. Over the past three years, three of his peers at UNM had decamped to the University of Iowa, leaving him as the hospital’s only pediatric interventional cardiologist. Stein, the pediatric heart surgeon, was less than two miles away, at Presbyterian Hospital. The problem was, he didn’t have privileges at UNM.

The baby was transferred to Presbyterian within a couple of weeks. “It started the question,” Love told legislators, “why can’t we just be working with one another across institutions?”

There are also market pressures pushing the change. If both hospitals continue to lose cases to out-of-state children’s hospitals, they will not only lose money; they risk losing some of their most important doctors, who are expensive to recruit and difficult to retain amid a national shortage of pediatric specialists.

“Our [pediatric cardiology] program fell apart because the volume just wasn’t there,” explained Frantz Melio, chief strategy officer for the UNM health system. “The volume has significantly flipped over to Presbyterian. We were looking at this and saying, what makes the most sense for the population? What makes the most sense is to have a stable, sustainable program. We made the decision to collaborate with Presbyterian so that we both, together, could provide the care that was needed in the state.”

With a formal agreement now in place linking their pediatric cardiology units – inked four months ago – Presbyterian and UNM are moving specialty by pediatric specialty to build bridges. The next steps are to extend dual hospital privileges, coordinate patient care and convince health plans to pay both systems.

“Any consolidation could only benefit the providers and families,” said McGaughey, who has spent two decades navigating New Mexico health care for her autistic son Matthew.

McGaughey, who lives in Silver City, recalled that when Matthew needed psychiatric care as a teenager, she was given a list of doctors. There were five names on it. Three were no longer practicing in the state, and one wasn’t taking new patients. “That was extremely frustrating,” she said.