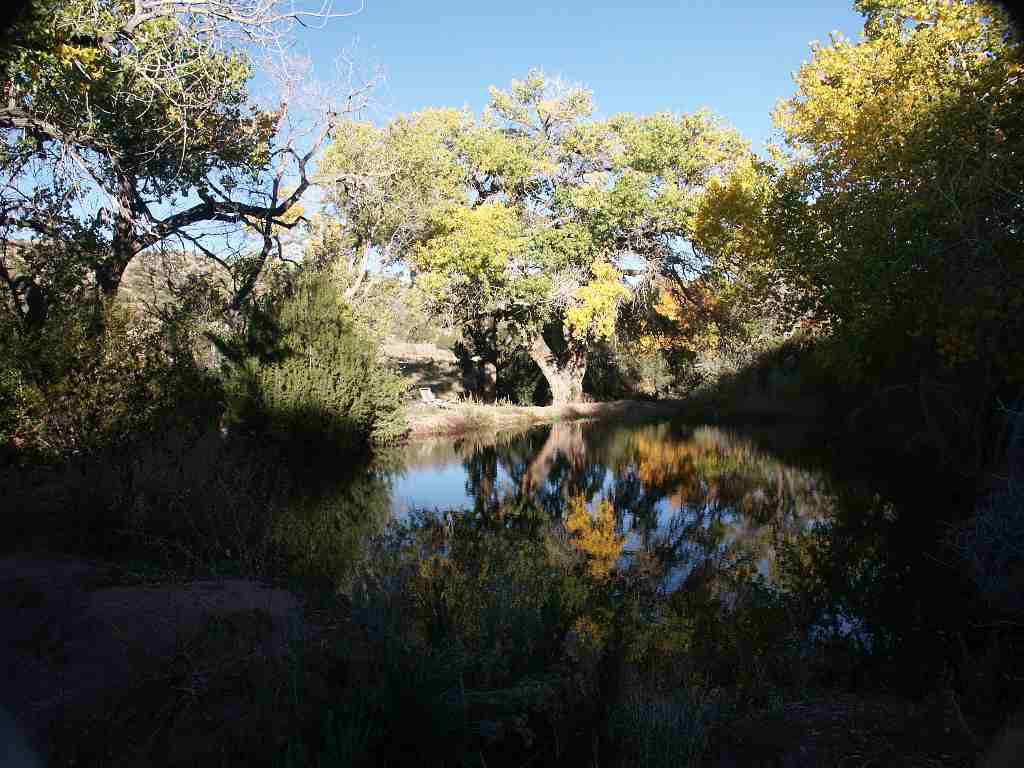 Most of the fruit trees are dead, as are all the grandmother cottonwood trees along the lower acequia. The beautiful song of the meadowlarks no longer reverberates through the little valley. The spring, Ojo la Rosa de Castilla, which is also the name of our acequia running alongside Las Huertas Creek in Placitas, has not provided any water to our two little farms for over five years. This has happened in the past, but never has the soil been so deprived of moisture, the weather been so hot, and my parciantes so discouraged. We still perform the annual limpiando (ditch cleaning) every spring, mainly so it will be ready for the water if it ever comes again, and to maintain our old water rights, as we need to prove intent to use them so the State won’t forfeit them for non-use.

Hydrological studies confirm that groundwater pumping will permanently drop flows from the Ojo, ensuring more years of scarcity. Large houses spring up almost daily along the Creek and throughout Placitas, with accompanying domestic wells. Those same studies show pumping in the Rio Grande Valley, five miles downstream, will impact us in much the same way in the future. As groundwater depletions start to connect, they will rob each other. This does not bode well for the future of our most important source of drinking water, especially in many little places, where groundwater is the only source of drinking water.

The State Constitution tells us our water rights are superior to all these wells. The State Engineer is tasked to protect us, but loopholes and undue influence have always been deemed superior to our needs. A developer can plot out a hundred-lot subdivision, have it approved without any reasonable review of water supply, and sell these lots to individuals who drill their own domestic wells. The State Engineer is required to grant permits for these wells and senior rights holders cannot protest them.

This situation is occurring throughout the Sandia Underground Basin, which surrounds Sandia Mountain, except for the west side, at about an elevation of 6000 ft. The extremely complex geology of this area ensures a limited groundwater supply that can easily be depleted if too much pumping occurs. The State Engineer declared this basin so he can limit the amount pumped from new wells, but he has no idea of the real supply or how much is being pumped, so his declaration is meaningless. Many wells have already gone dry, although in Placitas this information is anecdotal, as some homeowners are terrified of loss of property values and clam up when asked how their well is doing.

Little places have little say as to what happens to their resources and community. Their fate is most often determined by the development industry, which single-mindedly runs toward “full buildout” while making as much profit as possible. This is clear-cutting our land, water and community. Residents in unincorporated little places can only protest large transfers into their area, and must mount heroic opposition, slogging through hearings, litigation and endless rules. They sometimes win the day, but the developer reapplies and the sordid process begins anew.

I once asked a developer at a Placitas water fair what he would do when the water dried up. He glibly answered they would pump it up from the Rio Grande, where there was lots of water. I told him that the native water has been spoken for since 1907 and the rest was fully contracted out. He did not believe me. Such ignorance and attitudes have determined the future of Placitas.

Since 1907 we have manipulated this limited water supply in unsound ways that borrow from Peter to pay Paul, ignoring a very complex resource, considering it simple. The Piper has let us do that, but now he has come for his pay, and pay we will. The little places, those old cultures and their people will pay first, as they always have.

New Mexico is losing its soul. The values, caring, and love of the land and water that have emanated from our indigenous cultures and little places are not part of our local GDP, thus are not respected and valued for their critical role in living our lives and taking care of our world. They need to be better defended and respected, or we will enter a soulless world. This world has only money as a foundation, which is tenuous at best. We need to explore paths of heritage, community resilience, selflessness, and self-governance.