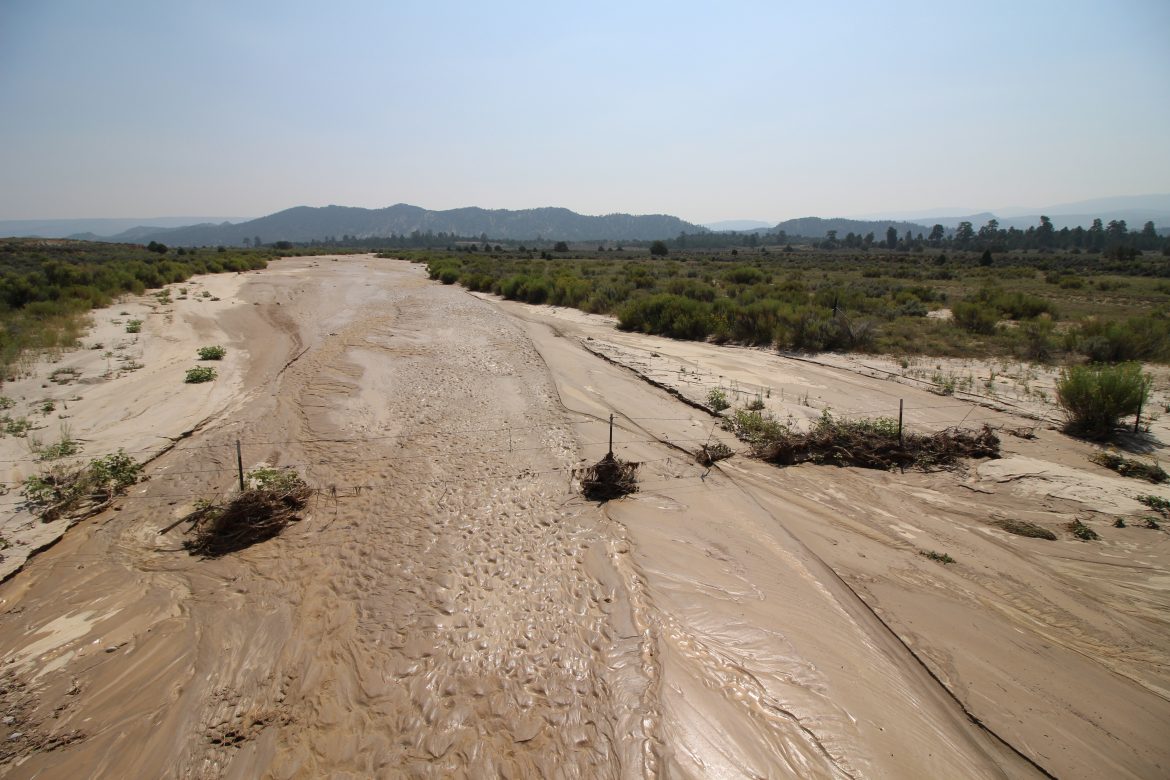 Rachel Conn was in a state wetlands meeting Tuesday when she heard the news: The Trump administration had released its revised Clean Water Rule. For Conn, who has been working on issues related to the rule for more than 15 years, it was another twist in a legal and administrative saga that could leave most of New Mexico’s streams and wetlands without clean water protections.

Under the new rule issued Tuesday, almost 60 percent of the waterways and wetlands nationwide would no longer be protected under the Clean Water Act.

The new rule says streams that flow only in response to snowmelt or rainfall—“ephemeral” streams—would not be protected. It also questions removing protections from “intermittent” streams, or those that have a baseflow from groundwater recharge, but may not run above-ground throughout the entire year.

Playas aren’t protected, and neither are “closed basins”—watersheds that don’t eventually drain into the ocean. In New Mexico, closed basins make up about one-fifth of the state’s land area.

The news is troubling for the state’s wetlands, too.

“Only 51 percent of the wetlands in the continental United States would be protected under the Trump rule,” said Conn, who is the projects director for Amigos Bravos. But the number is even lower here in New Mexico. That’s because wetlands in arid places like New Mexico often include wet meadows and slope wetlands, which are connected to groundwater, rather than surface streams.

“Here in New Mexico, water is such a critical resource, and we need to make sure what water we do have is clean,” said Conn. “This rule is really, really bad for New Mexico.”

Tuesday’s proposed rule would replace an Obama-era rule that the Trump administration repealed.

In 2015, the U.S. Army Corps of Engineers and the U.S. Environmental Protection Agency finalized the Clean Water Rule, also known as the Waters of the U.S. Rule or WOTUS, as a way to clarify confusion over parts of the Clean Water Act. President Richard Nixon signed that bedrock environmental law in 1972, and it applied to what are called “navigable” waterways and their tributaries, protecting them from mining spills, wastewater and other types of pollution.

With creation of the Clean Water Rule, the federal government also protected some streams, rivers and wetlands that are “non-navigable,” or don’t flow throughout the entire year.

New Mexico was among 13 states that sued to stop the Clean Water Rule, which the two federal agencies had spent years developing, seeking comment on and finalizing.

When the states prevailed in federal court, NMED issued a press release. Then-NMED Secretary Ryan Flynn was quoted saying, “I am delighted that the court has halted this rule until its serious legal deficiencies can be corrected by the courts.” State Engineer Tom Blaine added, “This lawsuit is necessary to protect the New Mexico State Engineer’s exclusive authority to supervise the appropriation and distribution of our State’s surface and groundwater.”

Flynn, who was NMED’s general counsel from 2011 to 2013, and secretary from 2013 to 2016, is currently executive director of the New Mexico Oil and Gas Association. Blaine, also an appointee of Gov. Susana Martinez, is still State Engineer.

A few months later, the Sixth Circuit Court of Appeals applied a nationwide stay of the rule, and two months into his presidency, Donald Trump signed an executive order directing the two federal agencies to issue a final review of the rule.

NM Political Report reached out to the transition team for Gov.-elect Michelle Lujan Grisham, asking her thoughts on the Trump administration’s new rule.

“This proposed rollback of Clean Water Act protections is deeply troubling,” said Dominic Gabello, transition director. “The Governor-elect’s leadership team is working to determine how the proposed rule change will affect New Mexico’s water resources and how the state can compensate for the lack of responsible federal leadership.”

With a new governor, the state could withdraw from the lawsuit, Conn said, and the incoming administration could direct staff to outline the negative impacts the proposed rule would have on the state’s water resources during the public comment period.

“What we really want to do is stop this rule,” Conn said. “But if it goes through, there are things state could do to mitigate the impacts.”

New Mexico can develop its own structures to protect these waterways and wetlands, she said.

“Regardless if they are considered ‘Waters of the U.S.’ by the federal government, they are waters of the state and are protected by the New Mexico Water Quality Act,” she said. New Mexico can change how it issues surface water permits, either working with the EPA, or set up a system similar to how groundwater pollution permits are issued.

New Mexico could also more aggressively implement is hydrology protocol, she said, and determine which of the state’s waterways are perennial, intermittent and ephemeral. “The state could get out there to make sure there aren’t any waters that are ‘intermittent’ that would be swept under the rug with all the ‘ephemeral’ waters that would lose protection,” she said.

“These waterways are critically important not only to the communities that live right next to them, but also to the larger waterways downstream,” she said, adding that even stretches of the Rio Grande now dry during certain times of the year. “The biggest waterway in our state could arguably be called ‘intermittent.’”

The revised Clean Water Rule, or Waters of the U.S. Rule, is available on the EPA’s website. The 60-day public comment period opened on Dec. 11 .