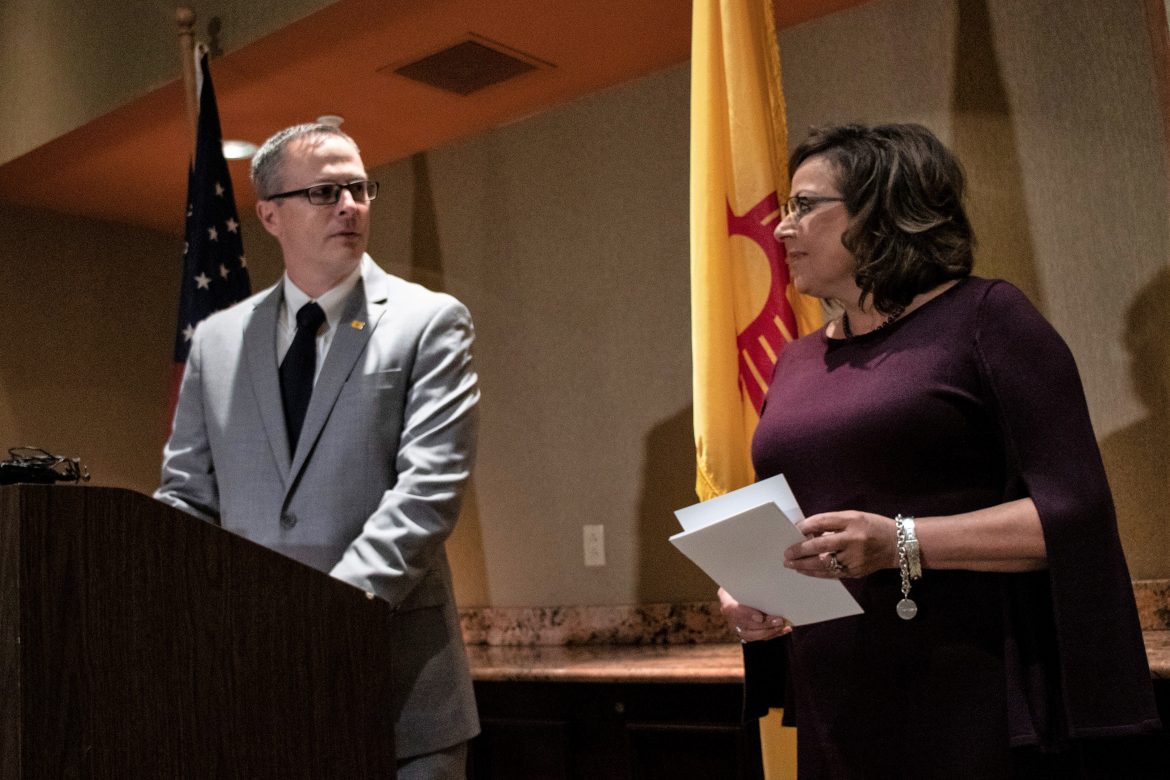 That’s roughly a quarter of the total backlog, but thousands of untested kits remain, mostly in Albuquerque and Bernalillo County. For victims, there’s an even longer road ahead, with investigations and prosecutions still to come. Now DPS is offering to help reduce the 3,138 backlog for both Bernalillo county and Albuquerque Police Department (APD).

In 2016, then-State Auditor Tim Keller found New Mexico had the highest backlog of untested sexual assault evidence kits per capita in the nation, with kits sitting in storage units or freezers untested for decades.

In 2016, Keller released a report showing that state and local law enforcement agencies had failed to test one-fifth of kits because investigators perceived a lack of credibility from the victims. Other reasons included a lack of cooperation or a loss of contact with victims.

Martinez said the state has recently secured funding for a computer tracking system that would allow victims and advocates to track the testing progress of a kit. She also said that DPS will be able to assist APD with the backlog by taking an additional 20 kits a month.

“It is our job as victim advocates, as legislators, as the governor, as law enforcement—it is  our job to stand up for the victims of these terrible crimes,” said Martinez, who is a former prosecutor.

Martinez said information from the tested kits yielded enough DNA for 427 CoDIS entries. The Combined DNA Index System is the national crime database managed by the Federal Bureau of Investigation that allows states to share DNA profiles of people who commit crimes.

The results also produced 172 matches to other DNA in previous cases or an identified person.

Connie Monahan, who coordinates sexual assault nurses statewide, told NM Political Report that processing the kits is not the end of the story.

“The oversimplification is that the kit has all the answers,” Monahan said. “The DNA strand is only once piece of the investigation and the skills and technical expertise from law enforcement to work cold cases is a huge challenge.”

While Monahan said she believes the APD can make more progress now that the state agency will help process kits, the next step is unclear.

Mohanan said APD is outsourcing testing to a private vendor, sending them about 200 kits a month.

According to Monahan, the 172 matches means the DNA profile corresponds with DNA found in another case or an identified individual and can next be forwarded to investigators and prosecutors for further action.

But that creates a new problem in the criminal justice system.