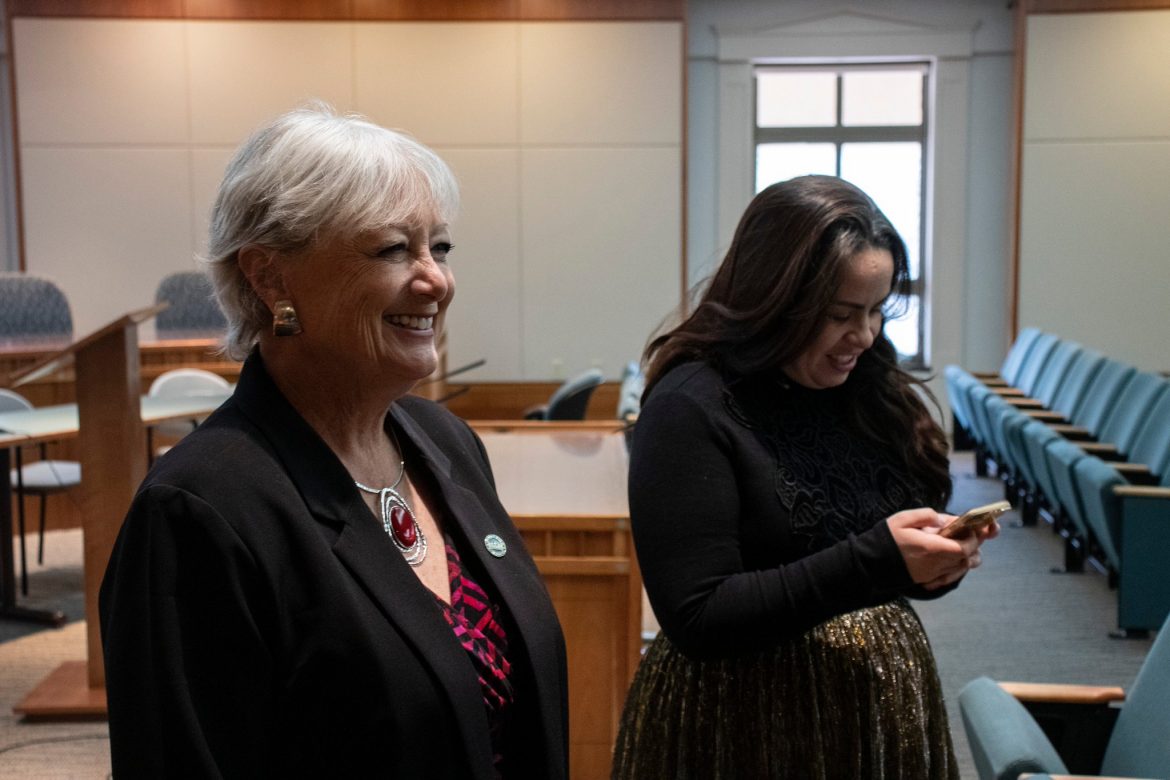 Lawmakers could first pre-file legislation for next month’s upcoming legislative session on Monday and some got a jump on what’s expected to be a busy 60-day session starting in January.

Rep. Joanne Ferrary, D-Las Cruces, announced the pre-filing of HB 51, a bill that would remove the pre-Roe v. Wade state statute criminalizing abortion except in cases of rape or incest.

New Mexico is currently one of nine states with a statute criminalizing abortion. After the Roe v. Wade Supreme Court decision, the landmark federal case that legalized the practice, state law was suspended. If the decision is overturned, abortion would be a fourth-degree felony in New Mexico.

At the state capitol Monday, Ferrary said she remembered being in college in 1971 when abortion was illegal.

“We can’t go back to those days, when women had to risk their lives just to get healthcare,” Ferrary said.

Ferrary said a similar bill filed in 2017 died in committee because of a lack of time in the short session. Gov. Susana Martinez was very unlikely to sign the legislation, while Gov.-elect Michelle Lujan Grisham previously pledged to sign the bill into law.

Ferrary was joined by at the Roundhouse by about 30 people from groups such as Indigenous Women Rising, Young Women United and other organizations affiliated with reproductive rights.

Susan Muraida, a healthcare provider at the University of New Mexico, said she came to speak on this bill on her own behalf to advocate for better reproductive healthcare access for women.

“I think it’s a personal decision — deeply personal,” Muraida said. “Whether an individual believes in abortion or would never want to have an abortion, (that) should not dictate whether another person has access.”