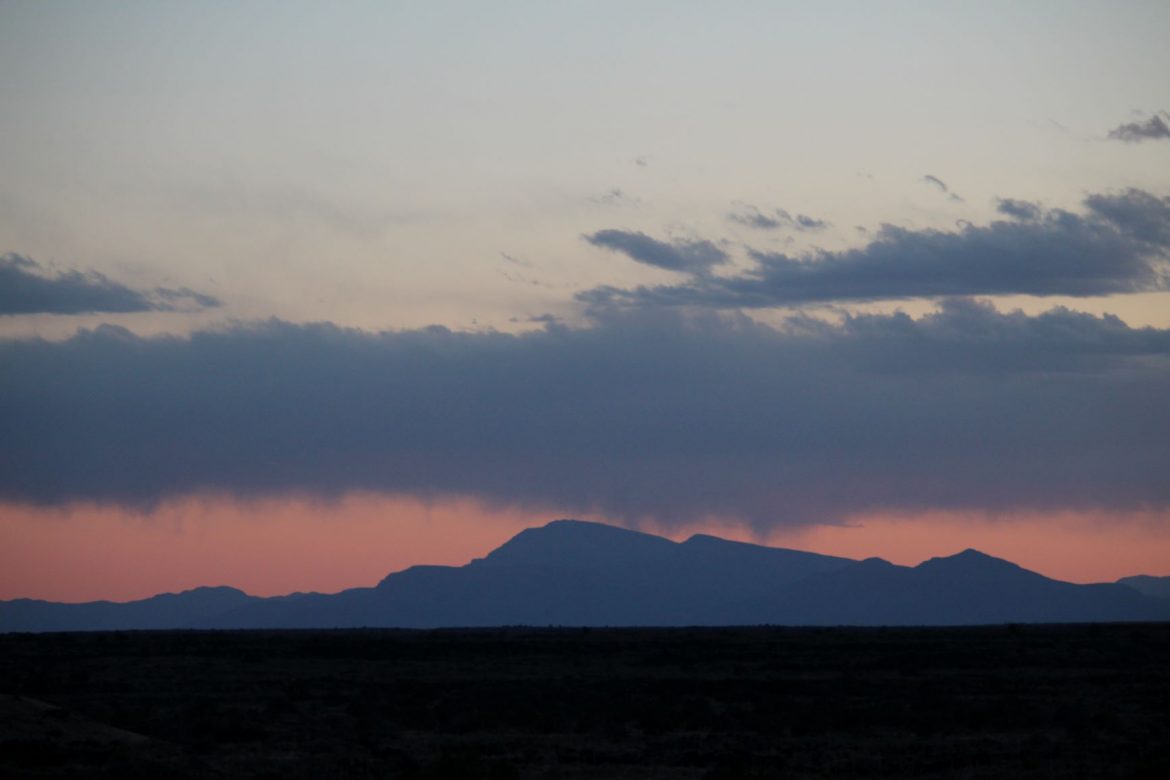 Most recently, Propst worked as executive director of Interwest Energy Alliance, a nonprofit trade association of renewable energy companies in six western states, including New Mexico. During the administration of Gov. Bill Richardson, Propst served as his energy and environment advisor, and then as deputy secretary of the New Mexico Environment Department (NMED). She came to New Mexico after earning a master’s degree from Princeton University’s Woodrow Wilson School of Public and International Affairs.

Propst is also co-leading the transition team’s Natural Resources Committee, which reviews the agencies that oversee water, energy and environment issues, including EMNRD, NMED, Interstate Stream Commission and the Office of the State Engineer.

The current secretary under Gov. Susana Martinez is Ken McQueen, previously the San Juan vice president from WPX Energy. During McQueen’s confirmation hearing in 2017, he said climate change was “just part of the history of the world we live in,” implying it was part of a natural cycle and not human-caused.

On Thursday, NM Political Report spoke with Cottrell about her vision for EMNRD.

NMPR: What are the biggest challenges EMNRD faces right now, and how do you think you’ll be able to approach them in the new administration?

Sarah Cottrell Propst: This agency is really diverse. It handles a lot of different types of state priorities. So, let’s start with the Oil Conservation Division (OCD). With the boom in the Permian Basin, we need to make sure that division is staffed up to do its job. That means, for processing applications for permits to drill, but also making sure that operators are in compliance with state laws. We have a challenge there: They’re understaffed now, and they’re competing for staff with the industry, so that’s a challenge. That’s really a budget matter we need to address.

There are also some really specific things related to oil and gas, that I’ve been hearing about in the transition process, that I’m going to need to start working on right away. One of them is the Carlsbad brine well. There is a plan in place to stabilize that cavern, but [we want to be] making sure that plan is being implemented and that things are safe in Carlsbad.

Then, simultaneously with all that, the governor-elect has been very clear she wants to power New Mexico’s economy with clean energy growth, so we will be focusing on how we can support that. That will be, legislatively, in the session, working on some of the bills coming up, like the renewable portfolio standard, but also trying to think creatively about how we can implement policies that can make New Mexico a clean energy engine for the West.

There are challenges in other part of the agency, like state parks. They are important components of a lot of our rural economies around the state. So, making sure that the parks are running well and are better-funded.

With forestry [another division of EMNRD], one of the challenges is making sure that we’re thinking about climate change pressures and extreme drought, as we think about how we manage fire in the state.

And we need to get started on pulling stakeholders together to work on a methane emissions reduction plan.

NMPR: Oil and gas is an important part of New Mexico’s economy but it comes with problems, too, whether land and water impacts or greenhouse gas emissions. How does a state like New Mexico realistically balance all these factors?

Sarah Cottrell Propst: I think we need to be clear about what the challenges are: That’s always the first thing. Whether it’s methane pollution or surface impacts or sustaining a workforce, or housing shortages in the oil patch, these are all issues associated with the industries.

We need to be clear on that, [on what the challenges are].

I feel really strongly about working with industry and with conservation groups and others in the community to find solutions that work for those places. Those are easy words to say. It’s hard to do—I know that, and I’ve done it, in the Richardson administration on other topics.

And it’s really important to work with the industry. I don’t want them to think we are just going to start doing things to them. But we will be very clear that we need to protect the environment, groundwater, human health and all of those things when we do it—and with an eye toward climate change. That is where the methane rule comes in. That is a partial solution to a greenhouse gas pollution problem.

I certainly appreciate that oil and gas is an important part of our state’s economy. And we need to acknowledge that, even while we try to diversify into renewable energy and other things in our state.

NMPR: What are your top priorities as secretary, at least out of the gate in the new year?

Sarah Cottrell Propst: Since we’re heading into a legislative session, I plan to work with EMNRD team to secure a budget that enables us to do our jobs effectively and efficiently—from oil and gas permitting and inspections to running state parks and everything in between.

A fairly flat budget was submitted, and the governor-elect is planning to submit her own budget, so we’re trying to determine what’s reasonable to ask for in addition to what’s already been submitted.

And then we need to begin acting on the governor-elect’s clean energy goals heading into the legislative session, like the renewable portfolio standard, energy efficiency bills, and many others. The legislative session tends to force your hand on what you need to focus on first, but in addition to that and the Carlsbad brine well, EMNRD will need to work with the [New Mexico] Environment Department and the State Land Office on the methane rule process, and how we’re going to tackle that in collaborative manner. So I look forward to working with leadership at the other agencies on that.

NMPR: Is there anything else you’d like people to know now, as we head toward a new administration?

Sarah Cottrell Propst: I’m really looking forward to working with the team at Energy and Minerals, and I think well-functioning state agencies are very important for our economy and for protecting the environment and public health. A lot of what people can expect from me, in addition to implementing some of these bold policy ideas that the governor-elect has, will be to continue making sure that this agency is functioning well and is a predictable place for the industry interacting with it to do business—but also with that eye on environmental protection.