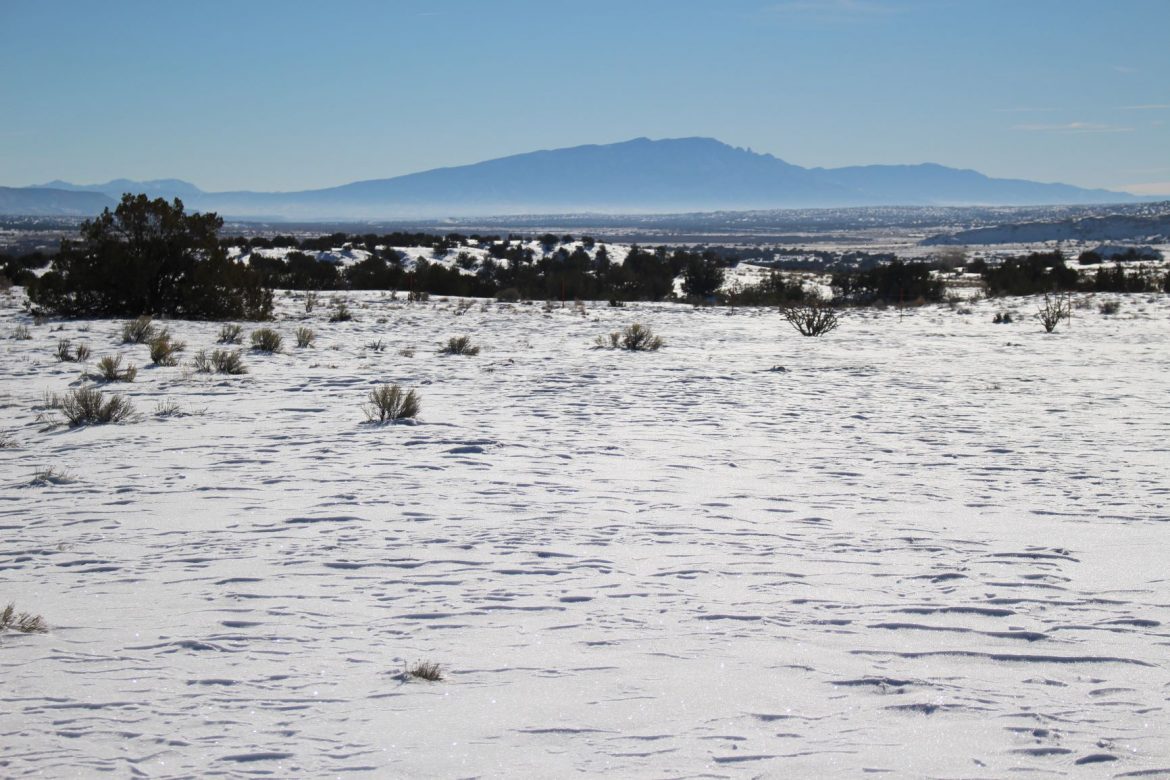 Happy New Year, everyone! There’s a ton happening around New Mexico, not to mention excitement building around the upcoming legislative session. And of course, there’s plenty to watch on the federal level when it comes to environment issues.

• At NM Political Report, we have a story about the federal shutdown, and how it impacts federal workers, tribes, state agencies, public lands and so much more. And my colleague, Andy Lyman, has a story about a temporary rule change in New Mexico that might help out federal workers, at least in the short term.

• We also published a Q&A with the incoming New Mexico Environment Department Secretary, James Kenney. Like with our interview with New Mexico Energy, Minerals and Natural Resources Secretary Sarah Cottrell Propst, this is an introductory interview so our readers can learn a little bit more about the appointee. Kenney sat down withNM Political Report just a day after Gov. Michelle Lujan Grisham announced he’d be taking the helm of NMED.

• Elizabeth Miller with the Santa Fe Reporter covered the continuing battle over well density in northwestern New Mexico. On Tuesday, the Oil Conservation Commission suspended an earlier decision to allow Hilcorp Energy to double the density of wells on more than a million acres.

• Who didn’t love last week’s snow? If you want to see the updated information about snowpack and runoff in New Mexico, you can read the Jan. 1, 2019 basin outlook for New Mexico here. But this week’s “Weekly Climate, Water and Drought Assessment for the Intermountain West” still shows a dreadful-looking Four Corners.

• The Silver City Daily Press reported that the federal shutdown is delaying an important water project in Hurley. The shutdown also means Gila Cliff Dwellings National Monument is closed. (So don’t drive the twisty two hours from Silver City to get there…)

• Scientific American ran an interview with Park Williams about megadrought, which you’ll want to read. The International Journal of Climatology has a new paper, “Impacts of the North American monsoon on wildfire activity in the southwest United States.” And Frontiers in Forests and Global Change published “A Dirty Dozen Ways to Die: Metrics and Modifiers of Mortality Driven by Drought and Warming for Tree Species.” For the social scientists out there, Global Environmental Change also has a new paper, “Moving climate change beyond the tragedy of the commons.”

• At the end of December, the New York Times reported that a new U.S. Environmental Protection Agency plan could allow coal-fired power plants to release more mercury. The NYT also ran a feature providing information on the 78 environmental rules (as of the end of 2018) “on their way out” under Trump.

• As climate zone shift, the 100th Meridian—immortalized in the 1870s by John Wesley Powell as the dividing line between the arid West and humid East—no longer means what it used to. A feature in Yale Environment 360, “Redrawing the Map,” looks at a number of the shifting lines, including the 100th Meridian.