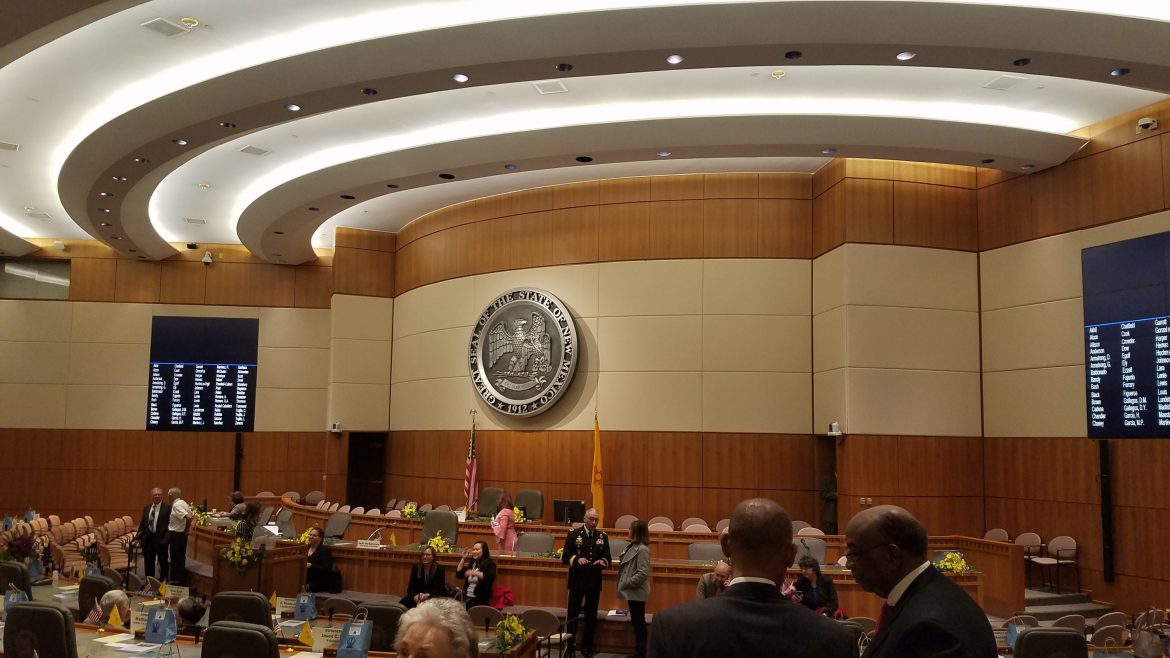 Anthony Brick, whose confidence defies his tender age of 11, told state lawmakers Tuesday that he hasn’t been to public school for almost two years.

Anthony has a state license to use medical marijuana to treat a neuropsychological condition. But state law prohibits public schools from allowing students to use the drug on campus. This combination of circumstances has led to his being home-schooled while his peer group goes on without him.

“I miss my friends,” he told members of the Senate Public Affairs Committee. “I miss seeing all of them. All of them have probably been missing me, too.”

Anthony might have a better chance of going back to school in Estancia after the committee voted 6-0 to advance a bill granting school districts the power to let students use prescription marijuana.

Senate Bill 204, by Sen. Candace Gould, R-Albuquerque, would remove the threat of criminal prosecution or penalty for possession or use of cannabis on school grounds and buses. The proposal allows for possession, storage and administration of cannabis for students with medical licenses to use the drug.

The bill calls for adult school personnel to administer medical marijuana to the student. Another section of the proposal states that employees will not be disciplined if they refuse to do that.

But the proposal also gives school districts the option of continuing to ban medical marijuana on campus.

Gould said Anthony’s situation is a vivid example of kids suffering because medical marijuana is outlawed in public schools, but many families are in the same quandary.

Parents such as Lindsay Sledge of Albuquerque have to keep their children home to ensure they get their medicine.

Her mother must administer the medical marijuana she uses as a remedy. This keeps Paloma home from school four days a week.

If the bill becomes law, Sledge said, “I know that [Paloma] will be safe and that if she has seizures in school, medical marijuana will be administered.”

Still, Sen. Jerry Ortiz y Pino, D-Albuquerque, said he was disappointed that the bill would allow schools the option of continuing to ban medical marijuana.

That’s because cannabis is still illegal under federal law, even though more states are legalizing it for medical and recreational use.

“It’s a matter of justice and our constitutional duty to provide a public education to everyone,” he said.

Jessica Gelay, policy manager for the Drug Policy Alliance of New Mexico, also testified in support of the bill.

No one spoke in opposition. The bill moves next to the Senate Judiciary Committee.

According to the New Mexico Department of Health, about 67,575 New Mexicans have licenses to use medical marijuana. The department’s statistical breakdown does not specify how many of them are public school students.