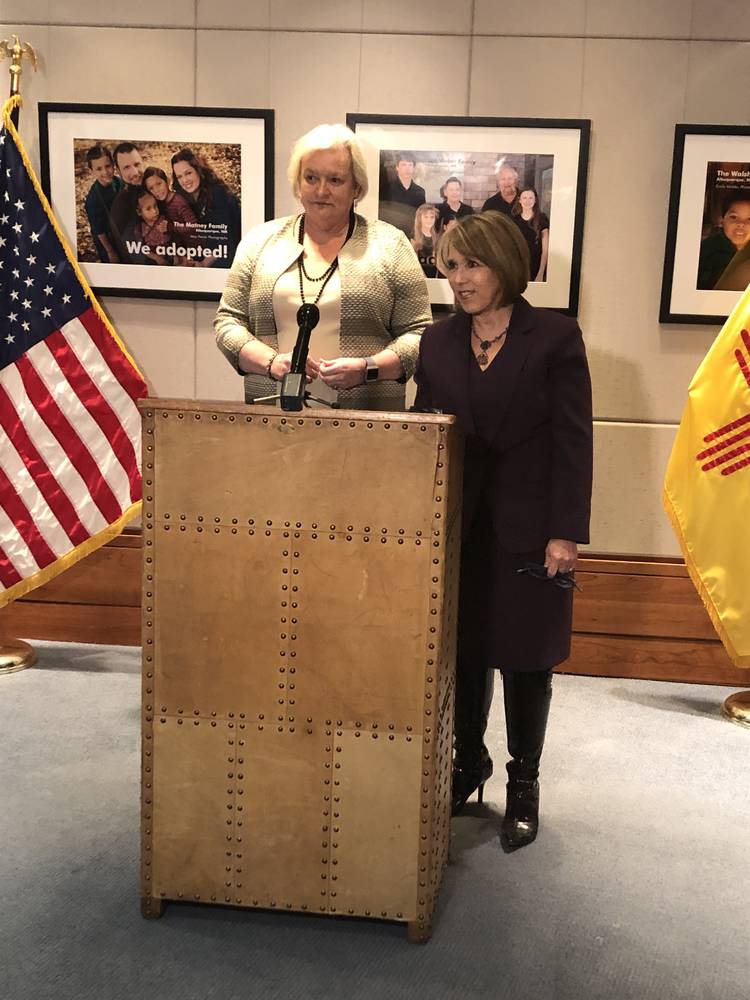 Lujan Grisham said during a news conference Thursday at the Capitol that Jones was seen as a reformer when she was hired in 2015 to run Florida’s massive corrections system — which has more than 10 times the budget and number of inmates as New Mexico’s. She’s hopeful Jones can play the same role here, the governor said.

If confirmed by the state Senate for the Cabinet-level corrections secretary job, Jones will take over a department described by the state auditor in 2017 as “rife with mismanagement and financial control problems” and “one of the “poorer run departments in the state.”

Jones will be responsible for overseeing 11 state prisons, which hold more than 7,000 inmates, and the Probation and Parole Division, which monitors more than 17,000 convicted criminals.

Thanks to low salaries, rural locations and stressful working conditions, New Mexico prisons operate with an average worker vacancy rate of 25 percent — a figure that spikes to 43 percent in privately run prisons.

Lujan Grisham’s transition team has reported that the shortage is hurting morale within the agency and making prisons less safe for both workers and inmates.

“Some correctional officers are working 16-hour shifts,” according to a transition team report. “Others are working consecutive shifts, with only a few hours break in between. Employee burnout is reported across professions … and hiring standards/qualifications have been lowered to increase recruitment.”

A report says short staffing also is leading to less programming, “and has created a prison system with ‘too many idle inmates.’ Overtime costs to cover mandatory security posts and other critical roles cost the department $18 million last year.”

New Mexico has the highest rate in the nation of inmates — nearly half — held in prisons run by private companies. About $90 million of the department’s approximately $300 million budget is paid to private operators.

“To put that in a broader context, only five states have 25 percent or more” of their inmates in privately run prisons, said Lauren-Brooke Eisen, a senior fellow at the Brennan Center for Justice and author of Inside Private Prisons: An American Dilemma in the Age of Mass Incarceration. “[New Mexico] is one of those states, and you lead the pack.”

Jones said Thursday that she’s familiar with the three major private vendors that contract with the state for services in New Mexico’s prison system, and holding them accountable will be a priority.

Asked last week to comment on the governor’s thoughts on private prison management companies, spokesman Tripp Stelnicki said, “Accountability is not just a word to be thrown around or a box to be checked. The governor is expecting that the incoming secretary comprehensively examine the contractual compliance at the private prisons in our state system.”

Civil rights attorneys who have obtained multimillion-dollar settlements for inmates who sued over lack of access to adequate medical care say one sure way to hold prison health care vendors accountable would be requiring that such settlement agreements be made public.

Under current and previous prison health contracts, vendors handle lawsuits over inmate medical care and are allowed to keep them confidential.

Asked Thursday if they would push to have civil suit settlements made public, Jones and Lujan Grisham said the issue needs more analysis.

“We’re going to look at that issue and see exactly what decisions we need to make so we can be as transparent as possible,” the governor said.

“I will be very transparent in where the warts are,” Jones added, “and the things we need to review and the things that need to be fixed.”

Stelnicki said the governor supports ongoing efforts to reform New Mexico’s use of solitary confinement, saying the practice should be used only in “extreme circumstances … where it it unequivocally necessary,” and “that doesn’t seem to be happening now.”

One thing on the top of Jones’ to-do list, she said, is researching exactly what is happening inside the Department of Corrections and returning to the governor with “soup to nuts recommendations” for making improvements that will “bring value back to the community.”

She said she plans to take a creative approach to solving problems in the troubled department.

“The prison system always gets a bad rap, but we aren’t going to warehouse people,” Jones said. “We are going to rehabilitate them.”