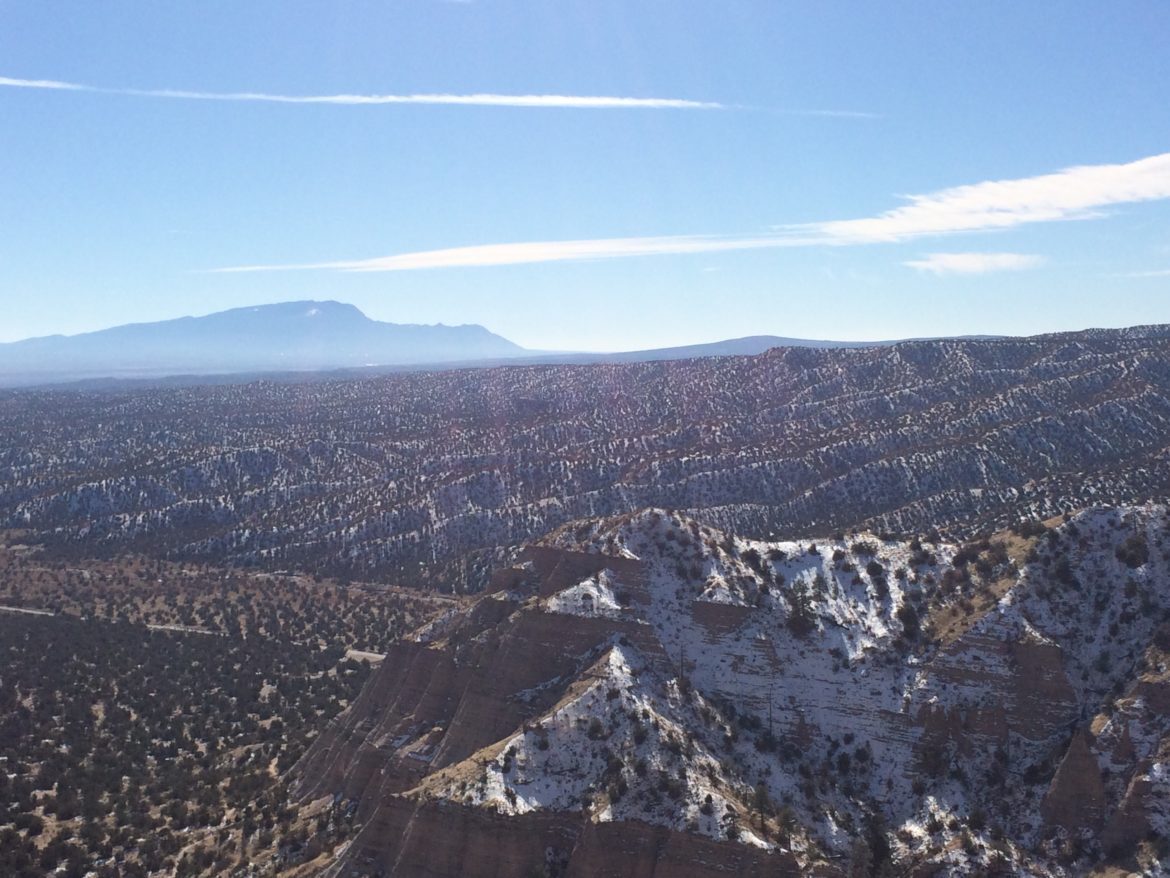 Gov. Michelle Lujan Grisham on Tuesday threw her support behind legislation establishing a state office of outdoor recreation, which an unlikely coalition of backers say would boost an industry they view as key to diversifying New Mexico’s economy.

The newly elected Democrat did not just put her political muscle behind the idea, either. She put her calf muscles behind it, bicycling from the governor’s mansion to the Capitol in a show of support for Senate Bill 462.

She was probably only half-joking. Her administration has quickly put the tourism and outdoor industries at the top of its economic development efforts.

And a crowd ranging from conservationists to conservative rural lawmakers are on board. They see the outdoors as a resource they can capitalize on to buoy communities that have struggled economically or are facing a future in which old industries might no longer be reliable.

Senate Bill 462 would set aside $1.6 million to establish the Outdoor Recreation Division within the Economic Development Department.

And it would manage a fund for programs to get young people from low-income communities into the outdoors.

The industry has been getting organized for years, bringing together groups as disparate as the hook-and-bullet crowd, snowboarders and mountain bikers. And part of that has included having state as well as local governments recognize the outdoors industry as the big business it is.

In some of these states, such offices have been key to winning big attractions, such as the Outdoor Retailer trade show that moved from Salt Lake City to Denver in 2017 and took with it thousands of visitors.

But that is not necessarily where the new administration wants to focus.

“This cannot be about just chasing — and I don’t mean that in a negative way — large business enterprises,” Lujan Grisham told reporters during a news conference in her office with the bill’s gaggle of Democratic and Republican legislators. “… It’s really a signal that New Mexico will help small, local businesses both be more sustainable and grow. And we want to create new businesses.”

In New Mexico, the sector already supports 99,000 jobs in and generates $9.9 billion in consumer spending annually, according to the Outdoor Industry Association, a trade group.

Backers say the sector can buoy the economies of rural communities by drawing tourists, as well as supporting businesses that may serve those visitors or ply the world beyond New Mexico with products such as outdoor gear.

“The things that are part of our tradition, our heritage, our culture will lead us to a brighter economic future,” said Rep. Nathan Small, a Democrat from Las Cruces and a sponsor of the bill.

Still, there’s a fragile quality to what makes the state so beautiful. With its sparse crowds and unique culture, can the state really invite more visitors and not risk them either loving New Mexico to death or turning a place like Taos into an adobe version of Aspen?

The bill’s rollout Tuesday seemed designed to rebuff criticism that building up the outdoor industry is just to kowtow to affluent adventurers in search of skiing or trophy hunting.

Lujan Grisham was flanked by her secretaries of economic development, tourism and Indian affairs.

Rep. D. Wonda Johnson, a Democrat from Church Rock and a sponsor of the bill, said developing the outdoor industry will go hand in hand with protecting sacred sites and allowing communities to share their own stories.

“There’s certain things in our state that are nonpartisan,” said Sen. Steven Neville, a Republican from Farmington and another co-sponsor. “And outdoor recreation and the economy are those kinds of things.”