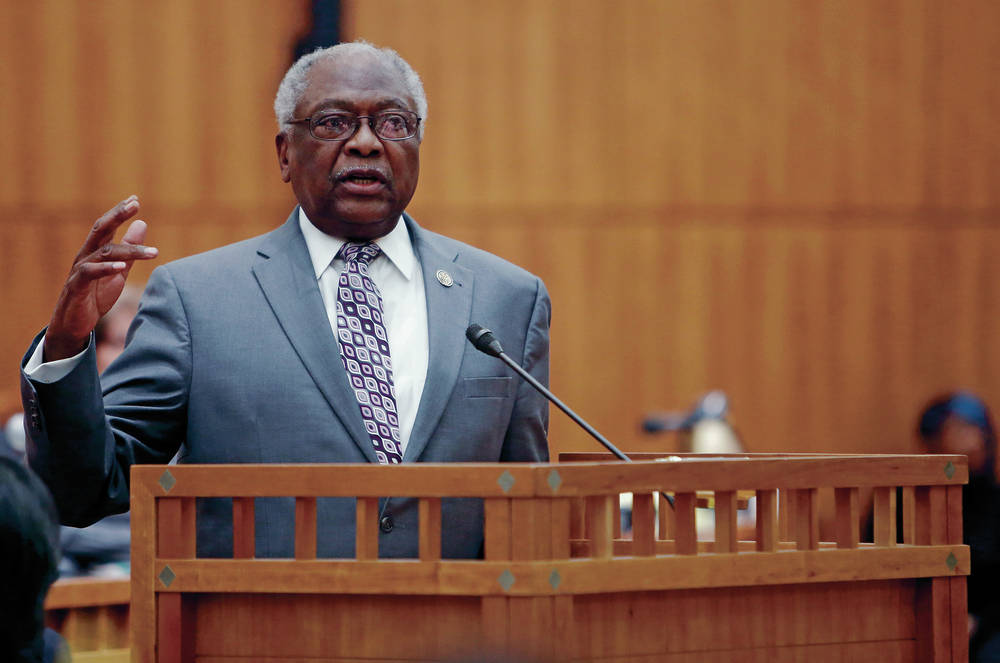 Jury duty: Courts get all kinds of excuses for skipping jury duty.

But some New Mexicans might be able to save those excuses.

The Senate voted Friday to make it easier for residents over the age of 75 to get out of jury service.

Current law allows citizens summoned for jury duty to be excused based on age if they turn in a notarized affidavit proving they are over 75.

Martinez said that will save elders what can often be a long drive in rural areas to the courthouse.

The bill heads next to the state House of Representatives.

Keeping dreams: U.S. Congressman James Enos Clyburn, a Democrat from South Carolina serving as House Minority Whip, addressed a joint session of the New Mexico House of Representatives and Senate to mark African American Day at the Roundhouse on Friday.

The 78-year-old recalled as a child telling his mother and a friend of hers that he wanted to grow up to work in state or federal government. Though his mother’s friend discouraged him, suggesting a young African American would never have a chance at such a job, his mother later said, “Son, you hold on to your dreams. You stay in school, you study, you play by the rules and you will grow up to fulfill your dreams.”

The lesson, Clyburn told the assembly, is “don’t throw coal on anybody’s dreams.”

Background checks: The state House of Representatives voted 41-25 to approve House Bill 8, which would expand the state’s current background check requirements to “keep firearms out of the hands of people who are prohibited from having them,” said Rep. Debra M. Sariñana, D-Albuquerque.

The bill includes some exemptions, she said, such as law enforcement officers selling firearms or people who inherit or receive a gun as a gift.

House Republicans opposing the bill say it won’t stem the sale of illegal weapons and would infringe on gun owners’ Second Amendment rights. They also say the time and effort would be better spent trying to address behavioral and mental health problems.

The vote came only after a contentious go-round between House Speaker Brian Egolf, D-Santa Fe, and Republicans who were unhappy when he called for the vote about a half hour before the three-hour deadline to cut off debate. Egolf said he did so after Rep. David Gallegos, R-Eunice, could not be located following a “call for the House,” which requires all members to return to their seats on the House floor for debate and a vote.

Second time around: Adults who did not graduate high school but still want earn a diploma rather than a GED might have a better chance under a bill that got unanimous support from the Senate Education Committee.

Senate Bill 391, introduced by Senator Craig Brandt, R-Rio Rancho, tasks the Public Education Department and the Higher Education Department with finding a way to give an adult who doesn’t have a diploma a chance to pay for classes, possibly at a college, to earn that diploma.

The bill next goes to the Senate Finance Committee.

Fingerprint requirement: The Senate Public Affairs Committee voted unanimously to advance a bill making it easier to get a non-REAL ID driver’s license and identification card.

SB 278, sponsored by Sens. Gerald Ortiz y Pino and Daniel Ivey-Soto, both Democrats from Albuquerque, would eliminate the fingerprint process for first-time applicants. It would also change the name of the Driving Authorization Card to “New Mexico Driver’s License,” among other measures.

“Eliminating the fingerprinting requirement would be a lifeline for people experiencing homelessness,” said Hank Hughes, executive director of New Mexico Coalition to End Homelessness. “A New Mexico resident is required to pay $45 for fingerprinting, for someone experiencing homelessness that is the same cost as one night of shelter. Many of our members have had to use our limited donations to cover the fingerprinting requirement fee for those we serve. This change will go a long way.”

Quotes of the day:

“It’s not helpful to hear from people who answer to the nominee.” — Sen. Daniel Ivey-Soto, D-Albuquerque, during a confirmation hearing in which subordinates praised Alice Liu McCoy, the governor’s choice to lead the Aging and Long-term Services Department. The Senate later confirmed McCoy on a 34-0 vote.

“The saying goes that if you complain long enough about something you’ll get the job.” — McCoy on becoming a cabinet secretary after suing the state as an attorney for Disability Rights New Mexico.