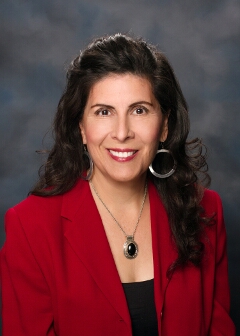 A state senator has proposed to keep much of the New Mexico ethics commission’s work secret and potentially impose thousands of dollars in fines and even jail time on anyone who breaks its confidentiality rules.

Seventy-five percent of voters in last year’s election approved the creation of a state ethics commission, and legislators are now debating exactly how it should work, including how much the public should know about the cases it handles.

Legislation filed this week by Sen. Linda Lopez, D-Albuquerque, would set up the commission to ensure that ethics complaints remain secret unless it decides there has been a violation of law or the accused signs waives confidentiality.

Under her Senate Bill 619, the form for filing an ethics complaint would include a confidentiality agreement.

And anyone who discloses confidential complaints or investigations could face fines as high as $10,000 and up to a year in jail. A court could also impose a civil penalty of up to $25,000.

These punishments would be tougher than the penalties that government officials, lobbyists or candidates could face for violating many of the state’s ethics laws.

The maximum penalty for violating the Campaign Reporting Act, for example, is only $1,000 or up to one year in jail. The Lobbyist Reporting Act carries penalties of up to $5,000 and does not include the threat of jail time.

Asked about the provisions on Friday, Lopez said she was still discussing the bill with colleagues and that parts of it may change.

“We’re still working on it,” she said.

But her proposal drew swift criticism from open government groups.

Melanie Majors, executive director of the New Mexico Foundation for Open Government, said the sort of penalties and secrecy provisions in Senate Bill 619 could discourage people from filing complaints with the commission.

“There is no good explanation for why an ethics body needs such extraordinary secrecy privileges, and such secrecy undermines the confidence of the public in the process,” Majors said in a statement.

Transparency is bound to be a major point of contention in the debate over the state’s ethics commission.

Many lawmakers have said the commission could be turned into a political weapon. But good government groups have countered that the commission must be transparent to maintain public confidence after a succession of ethics scandals that have rattled New Mexico politics.

Senate Bill 619 is one of two bills that lawmakers have filed to set up the commission.

Under this proposal, investigations would not be disclosed to the public unless the commission determines there has been a violation. It would then publish a report on the case.

His proposal, House Bill 4, would prohibit the commission from disclosing complaints but would not bar people who have filed complaints or been accused of wrongdoing from talking about the cases.

Ely has said he is concerned that making all complaints public could deter people from coming forward with allegations of wrongdoing.

Both bills would provide less transparency than currently exists under state law.

For now, the Secretary of State’s Office handles complaints about violations of many of the state’s ethics laws, and all complaints are public records, available for review on request. The office does not bar people filing complaints from talking about their cases, either.

“If somebody wishes to file with the Secretary of State, not only is it public at that time, they can go outside and hold a press conference. That’s been going on for years,” said Jim Dines, a former Republican member of the House of Representatives who has been a leading advocate of creating a state ethics commission.

Dines said he has suggested a process in which the commission would make cases public once it had received a complaint and a response to the complaint.

“Have the complaint filed, have the response filed, and have it out there for the public to see what’s being alleged and what the response is so they can be better informed,” he said. “A process where you check your First Amendment rights when you file your complaint — that’s a major step backward.”

With both ethics commission bills introduced in just the last week, lawmakers have left a contentious issue for the hectic final month of the legislative session.

“I can be unequivocal that the governor expects the Legislature to deliver this legislation by March 15. Legislators have the time to get it done and done right, this session,” said Tripp Stelnicki, the governor’s communications director.