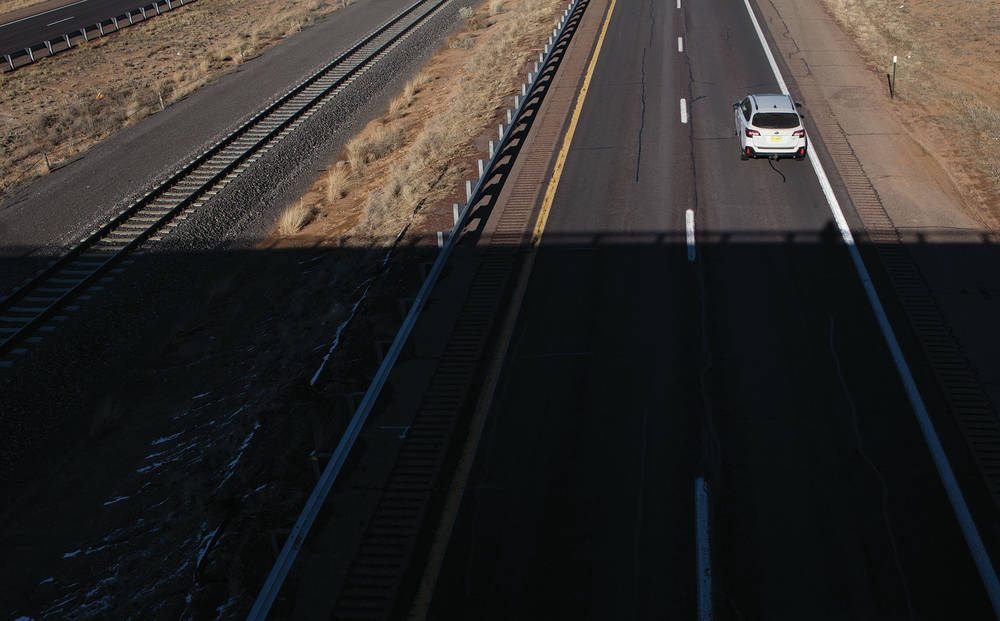 A new report by The Road Information Program says congested and poor-quality roads statewide cost New Mexico drivers an average of $769 each in lost time and wasted fuel. Among the unfunded but needed projects it cites is an expansion of Interstate 25 between Santa Fe and Bernalillo.

Most of the state’s major roads and highways are in poor or mediocre condition, and those potholes out there mean hundreds of dollars in additional fuel, repairs and other costs for the average driver, according to an annual survey published Wednesday.

This may not be news for New Mexicans bouncing around on the state’s roads. But this year, the data come as lawmakers consider hundreds of millions of additional dollars in the budget for road repairs and debate raising the long-stagnant gas tax to pay for future maintenance.

The report by The Road Information Program, or TRIP, says New Mexicans are already paying for the condition of the state’s highways.

“The worse shape roads are in, the more that vehicles are getting bounced around. What we see is vehicle depreciation accelerates. You also see more routine maintenance and fuel consumption,” said Rocky Moretti, director of policy and research at TRIP, a nonprofit group financed by labor unions and businesses involved in highway transportation. “If those improvements are not made, you’re actually going to pay a lot more.”

The group calculates that these costs amount to an average of $769 a year for drivers around the state.

Based on 2017 data the state Department of Transportation gathered and submitted to the federal government, TRIP’s latest report found 56 percent of major roads and highways in New Mexico are in poor or mediocre condition. That is a slight increase from 54 percent last year.

New Mexico has had a larger proportion of roads in poor condition than its neighbors.

And as of last year, 44 percent of major roads and highways around the country were in mediocre or poor condition, TRIP reported.

The rate of increase in vehicle travel in New Mexico is among the fastest in the nation, TRIP found.

From 2000 to 2017, the number of miles traveled by vehicles in New Mexico increased 30 percent. That included an 18 percent increase between 2013 and 2017 — the fastest rate of growth in the nation during that time.

The data in this year’s report do not explain what’s behind that increase.

But the trend is usually tied to increased economic activity, according to TRIP, and the oil boom in the southeastern corner of New Mexico has driven heavier traffic to rural parts of the state.

A windfall of tax revenue from that same oil boom has prompted lawmakers to call for major spending on road maintenance and improvements.

Meanwhile, TRIP’s report said the state Department of Transportation has identified approximately $3 billion in needed but unfunded transportation projects throughout New Mexico, including adding a third lane to Interstate 25 in each direction between Bernalillo and Santa Fe, at a cost of $250 million and building a new two-lane road between N.M. 599 in Santa Fe to N.M. 4, the route to Los Alamos and the Jemez Mountains, at a cost of $67 million.