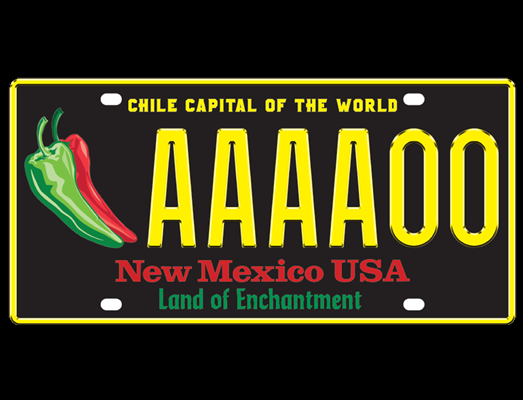 Arthur Medina would still be able to drive his cherried-out lowrider with Jesus on the front bumper.

As the owner of a 1967 Pontiac Grand Prix with a customized “Jesus” plate on the front of his car, the Chimayó man and other classic car owners would be exempt from a bill that would require New Mexico motorists to have a front-end license plate.

“Right on, bro,” Medina — also known as Low Low — said Wednesday while sitting outside the state Capitol in his lowrider, which was featured in March 1982 edition of National Geographic.

But most other vehicle owners would have to affix a license plate to their front bumper under a bill that passed out of the House Transportation, Public Works and Capital Improvements Committee on a 5-3 vote Wednesday morning.

The bill’s sponsor, Rep. Patricio Ruiloba, a Democrat and former Albuquerque Police Department officer, said the proposal would make it easier for law enforcement to identify vehicles, especially if they’re involved in a crime.

“Seventy percent of crimes that are committed nationwide, the data shows that it involves a vehicle — and not just auto theft,” he said. “We’re talking about Amber alerts, robberies, homicides, kidnappings, theft from our retail outlets.”

Ruiloba, who chairs the committee, told his colleagues that criminals are taking advantage of New Mexico being among the 19 states that doesn’t require a front license plate.

“What’s really challenging about all these crimes that are committed by [the drivers of] these vehicles … they use the front of the vehicle because they know that the camera is not going to pick it up if there are cameras,” he said.

Ruiloba, who sponsored a similar bill last year that passed the House but died in the Senate, said license plate readers used by law enforcement agencies are virtually useless unless police are following a vehicle.

“If an officer has a camera-mounted scanner, they can only see the vehicles that are in front of them,” he said. “If we had a front license plate, not only can they scan those vehicles, but they can scan every vehicle that’s coming towards them. They’re going to be capturing a greater amount of vehicles as they’re traveling down the roadways.”

Ruiloba said vehicles 35 years and older would be exempt from the bill.

Some Democrats on the committee expressed reservations about the bill, saying their own vehicles didn’t have a place to install a front-end license plate. The additional costs for the plate, as well as to install it on vehicles that don’t already have the framework, also gave lawmakers pause.

But in the end, the three “no” votes came from Republicans, who are outnumbered in the House by the largest margin in two decades.

“A lot of people aren’t going to do this themselves; they’re going to feel they have to go to someone because of risk of damage to the vehicle,” said Rep. Cathrynn Brown, R-Carlsbad.

Brown also said a lot of New Mexicans are “very wedded” to their own front plates, such as those displaying logos of universities and sports teams, though she said that’s a “lesser argument” for her.

“I’m also looking at … all the cost increases that it looks like are coming our way with just vehicles, ownership of vehicles,” she said. We’re talking about doubling the registration fees for a vehicle. We’re talking about a very likely gas tax increase. Just so many things, and I’m not sure that a lot of folks in New Mexico can afford what we’re doing.”