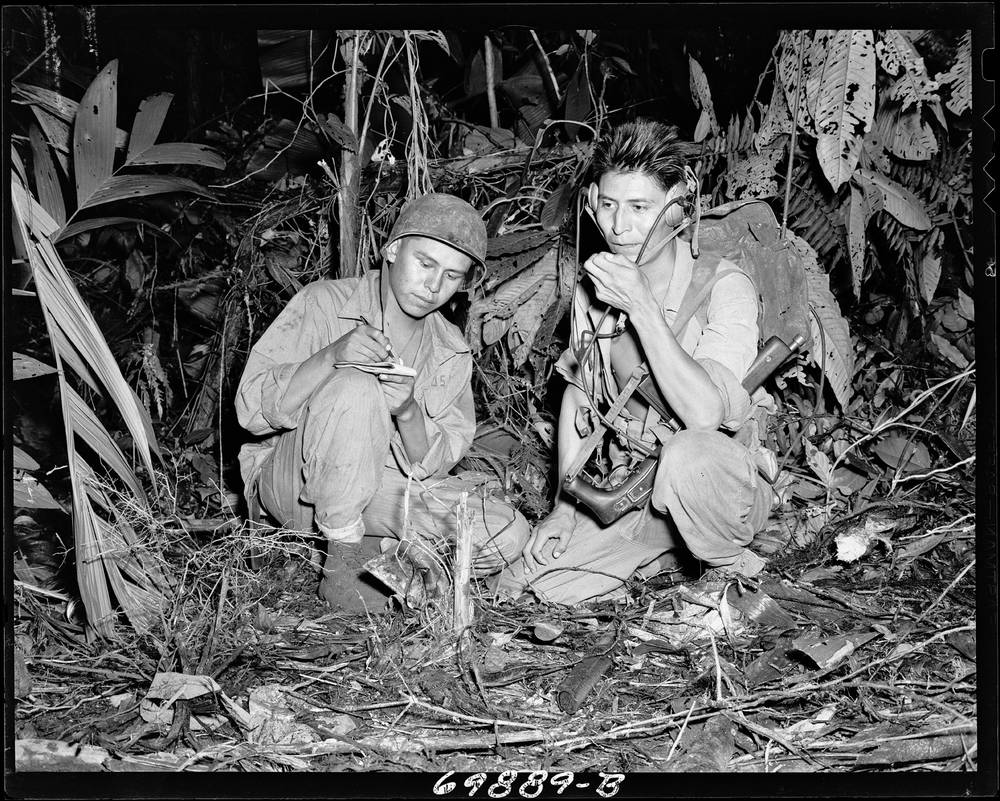 A 94-year-old state senator’s dream to open a Navajo Code Talkers Museum and Veterans Center on Navajo land in McKinley County may finally become a reality with the help of a few of his friends.

Senators from both political parties have agreed to provide some of their own allotment of capital outlay money for the project, Senate Majority Leader Peter Wirth, D-Santa Fe, said Friday.

“He’s the longest-serving member in the Senate, and this is a project he’s been working on for a long time,” Wirth said. Pinto has been a senator since 1977.

“It’s such an amazing honor to serve with a World War II veteran and a Navajo Code Talker on top of that,” Wirth said. “I appreciate him more every day.”

Pinto, D-Gallup, is requesting $1 million in state funds to build the museum. The site, close to the Arizona border, is in the area that generated the majority of the Code Talkers.

He said the museum will help Navajo youth and people from around the world comprehend the role Code Talkers played during the war.

Before their emergence in World War II, the Japanese military managed to break most American codes on troop movements in the South Pacific.

The Navajos’ Diné language was unwritten, and few non-Navajos knew it. So strategists created a code of more than 200 Diné words conveyed by Navajos serving in the Marines. The Japanese were flummoxed.

Sen. Bill Payne, R-Albuquerque, said senators each can guide how the state uses about $3.5 million in public funds for capital projects. Payne said he had agreed to dedicate $20,000 of his total for the Code Talkers Museum. He said it’s a project of state significance.

Sen. Mimi Stewart, D-Albuquerque, said she and three other senators had agreed to give $45,000 each from their public works account for Pinto’s project. She declined to name the others, saying she would want to talk to them first before mentioning them publicly.

“Leadership of both parties decided to help with the museum,” said Stewart, majority whip of the Senate. “A Code Talker Museum is something all of us should be proud of. It’s an important project, and this is an easy way to be part of something bigger.”

Sen. Ron Griggs, R-Alamogordo, represents a district that’s 325 miles, or five hours by car, from the proposed site of the Code Talkers Museum. Griggs said he sees the project as a worthy one, so he agreed to provide “a little bit” of his money for capital projects for the museum. He said he would provide $10,000.

Wirth said Friday he would contribute too, but he was not yet sure of the amount.

In addition, Gov. Michelle Lujan Grisham has pledged to support the museum with funding as well, Tripp Stelnicki, her spokesman, said in an e-mail Friday. “Can’t really be more specific at this point as we’re still finalizing projects,” he said.