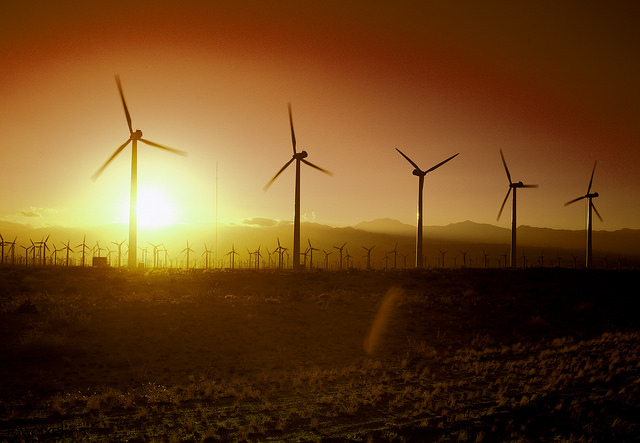 Backers of the controversial Energy Transition Act — which is meant to ensure the shuttering of a massive coal-burning power plant in San Juan County and push New Mexico toward more reliance on renewable energy — won a victory Saturday when a state Senate committee gave it a positive recommendation following a four-hour debate.

“This transition to renewable energy will not be easy,” said the bill’s primary sponsor, Sen. Jacob Candelaria, D-Albuquerque. A major purpose of the legislation, he said, is “to lay out a just transition for impacted communities to move away from coal and towards a green energy economy.”

The aging plant is a major source of employment in northwestern New Mexico.

The bill would set up an economic redevelopment fund to help Farmington and surrounding towns aid displaced workers and would mandate that any replacement energy sources be located in the Central Consolidated School District in the Farmington area — which, Candelaria said, would mitigate the loss of property tax revenue to schools.

Candelaria and other bill supporters argued that the public would not have to pay higher electrical rates if the bill is passed.

The new bonds would be paid off by ratepayers through a new “energy transition” charge. But, Candelaria said, this charge would replace an existing $13 monthly fee to pay off PNM’s old debt. The energy transition fee would be less than or equal to the old charge, bill proponents said.

The securitized bond proceeds, Candelaria said, would not only pay off the utility’s initial capital investment in the coal plant, it also would be used for new renewable energy facilities to replace the coal-fired power, reclamation costs, severance and training programs for displaced workers, and a fund to help communities deal with the economic impacts of losing the coal operation.

Unlike so many issues being considered in the Legislature, supporters and opponents of the bill don’t fall along neat partisan lines.

Supporters include PNM, various members of Gov. Michelle Lujan Grisham’s administration, who spoke at Saturday’s hearing, several major environmentalist groups — including Conservation Voters New Mexico, the Sierra Club, Western Resource Advocates and the Coalition for Clean Affordable Energy — and both business and labor organizations, including the union representing miners in the San Juan Coal Mine adjacent to the power plant.

PNM lobbyist Sayuri Yamada told the committee, “The global energy industry is at the beginning of an inevitable transition to cleaner and more sustainable energy. The Energy Transition Act puts PNM far out of our comfort zone. But we are ready, willing and able to step up to the challenge and do our part to keep New Mexico from being left behind during this historic and unprecedented time.”

Ben Shelton of Conservation Voters said, “We think this bill will set us on a path of renewable energy leadership. … It takes a balanced approach towards ratepayers, ensuring they still reap the windfall of no longer paying for a coal plant while ensuring resources are in place for a managed transition for the local community. And, most importantly, this bill sets us on a course to completely decarbonize our electrical sector by by 2045.”

Barry Dixon, the business manager of the International Union of Operating Engineers, told the committee, “What has been happening here is something that needs to be done. We have to have something available to the workers to transition to new jobs. This industry has been part of northwest New Mexico for such a long time. And it’s not just the coal miners; there will be a ripple effect on the whole community. They’re going to suffer, too, if we can’t come together and develop a plan to help all these people.”

But Mariel Nanasi, executive director of New Energy Economy, argued that the bill mainly would benefit PNM and its shareholders.

“The debate surrounding this special legislation has highlighted the difference between two paths — corporate monopoly expansion or energy democracy,” she said.

Opposing the bill for far different reasons was Farmington Mayor Nate Duckett. He told the committee that one reason he’s opposed to the bill is because the increased renewable standards would mean the city of Farmington would not be able to take over operation of San Juan Generating Station.

The city already is a part owner of the plant. Duckett said the city has potential investors, but the proposed renewable energy standards would scare them away. He also said the section setting up the economic assistance fund does not provide for local control of that money.

“We oppose the bill as we feel it does not suffice and it does not share in detail how … it will take in the needs of the students,” Benn said. “We serve 6,000 students within our 17 schools.”

Many students are showing signs of being affected by economic uncertainty, she said. “That’s what I want you to think about: What can we do for those students? How can we be sure that their social and emotional needs are met? Those families will be devastated by the closure.”

A PNM spokesman said earlier this month the utility has about 200 workers at the plant, and the adjacent coal mine has about 225.

“We estimate at the time of closure, over 40 percent of PNM employees will be retirement eligible,” spokesman Ray Sandoval said in a statement. “There is an estimated 60 mine employees that will be retained for at least 6 years beyond plant closure to address reclamation activities. [Mine owner] Westmoreland now provides severance for their employees through a recent agreement.”

The bill now goes to the Senate Corporations and Transportation Committee.