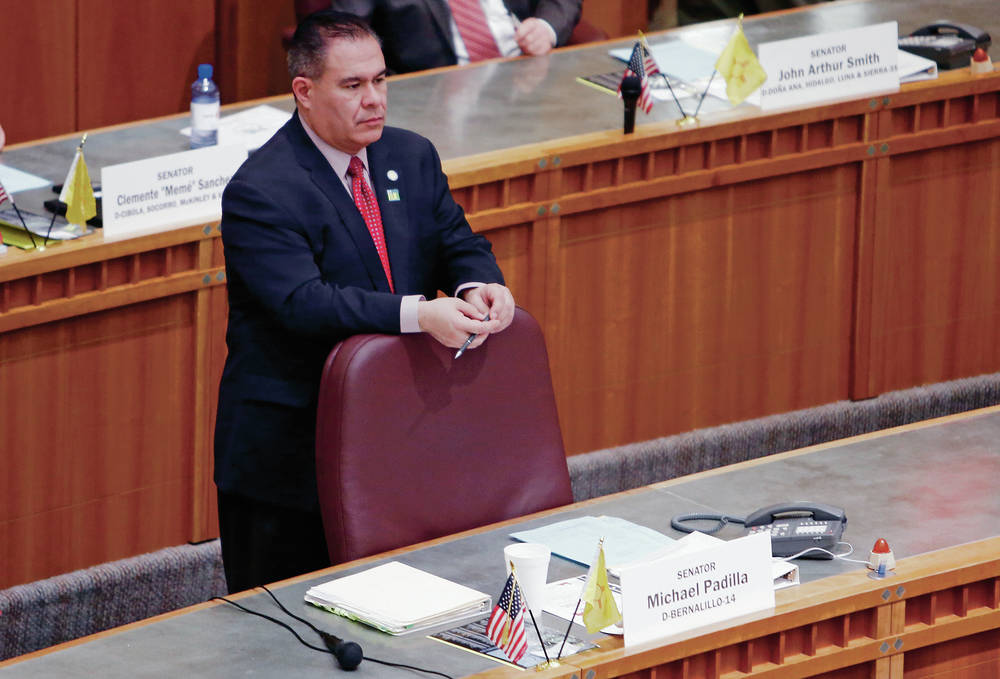 Michael Padilla, D-Albuquerque, sponsor of a bill to create an early childhood education department, stands on the Senate floor on Monday, February 25, 2019.

A bipartisan group of state senators on Monday balked at creating a new department to centralize early childhood education programs, stripping the proposed agency of about half of its responsibilities.

Members of the Senate Education Committee voted 5-4 to amend Senate Bill 22, which would establish the centralized agency. The change would keep programs for 4-year-olds under the purview of the Public Education Department.

“It defeats the ability to ensure consistency across the early childhood education spectrum,” he said.

Padilla said senators on the Education Committee might not have had time to review the seven-page amendment, which he first saw at 8 a.m. Monday. Committee members adopted the amendment about two hours later.

Padilla tried to fight the change, arguing that having a central office oversee all pre-kindergarten programs would help deliver quality services to children and ensure educators would be well-trained.

But it became apparent that his bill’s survival hinged on it being amended.

Brandt said the Public Education Department is doing a good job with 4-year-olds in the public schools. He said there is no reason to change this.

Sen. Mimi Stewart, D-Albuquerque, told Padilla she would not support his bill without the amendment.

Stewart then joined with fellow Democratic Sen. Bill O’Neill of Albuquerque and three Republicans on the committee to reduce the scope of the bill.

Padilla already had changed the bill, reducing its initial cost by half to $1.25 million, to get it through the Senate Rules Committee. The funding reduction and other changes had stalled the bill for a week.

All this despite the fact that Gov. Michelle Lujan Grisham, a Democrat, had urged the Senate to approve the bill. She had even sent a number of emissaries, including Lt. Gov. Howie Morales and Secretary of Education-designate Karen Trujillo, to committee hearings to testify for the measure.

Though New Mexico often is at or near the bottom of national rankings of public schools, the state rates fairly high when it comes to the quality of its early childhood education programs.

For example, last April the National Institute of Early Education Research issued a report that said the state had steadily invested in those programs and was “punching above its weight” in quality. That report rated each state on 10 benchmarks, ranging from the quality of the curriculum in its pre-kindergarten programs to professional development opportunities and student-teacher ratios. New Mexico scored well on nine of those 10 standards.

As for Padilla, he said the committee’s decision to alter his bill would not stop him from trying to create the new department.