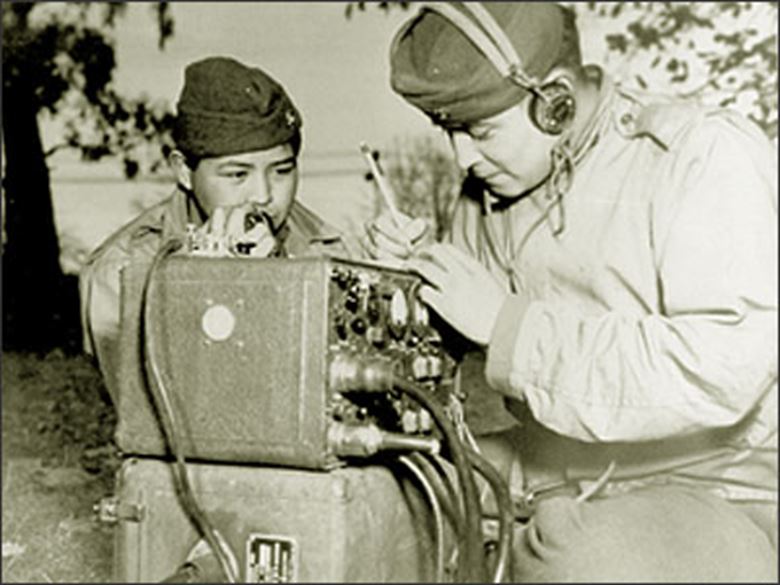 State Sen. John Pinto, a 94-year-old Democrat from Gallup, has long wanted to build a Navajo Code Talkers Museum and Visitors Center in New Mexico to honor the service of about 400 Navajo servicemen who used their language skills to pave the way for the invasion of the Japanese islands in World War II.

On Friday, his dream finally came closer to reality when Gov. Michelle Lujan Grisham pledged $500,000 for the museum and senators from both political parties anted up another $526,000 out of their allotted capital outlay for construction and infrastructure projects.

“If we don’t tell this story, it will be lost, and this is a story that we cannot lose,” Lujan Grisham said during a news conference to announce the deal.

Pinto expressed elation and shook the governor’s hand before teaching her some Navajo words to use when she is eating chicken.

Navajo Code Talker and former Navajo Nation Tribal Chairman Peter MacDonald, who joined Pinto and Lujan Grisham at the event, said the greatest contribution the Code Talkers made was to “save hundreds, thousands of lives in the war in the Pacific.”

That’s because before the Code Talkers began serving in World War II, the Japanese military managed to break most U.S. codes on troop movements in the South Pacific, thereby gaining an advantage when it came to combat.

Soon the Japanese were stymied — as was anyone else listening in.

MacDonald said the Code Talkers had speed on their side. They could translate a message from the code to English in 30 seconds or less. Traditional decoding methods could take up to a half-hour, he said.

“People want to know, ‘What did you do during the war?’ ” he said. “Our kids want to know. The only way to have our legacy carry on is to have a museum.”

Pinto pitched the museum plan to the Legislature last year and this year, telling lawmakers the Code Talkers “helped win the war.”

Senators from both political parties got together earlier in the current session and started brainstorming a way to make it happen by donating some of their own capital funds. Then the governor came on board.

She said getting several parties to agree on any one capital project can be a challenge, but that state leaders recognize the importance of the museum.

Pinto and MacDonald said by their count, there are only eight Navajo Code Talkers still living. Some were teens when they signed up to help their country in the fight against the Japanese.

The pair said they’ve been working on the project for years. In 2009, Chevron Mining Co. donated more than 200 acres in McKinley County for the project.

Architects interested in signing on for the project already have drafted preliminary plans and drawings, which Pinto and MacDonald showed Lujan Grisham on Friday.

Lujan Grisham said the $1 million in startup funds proves the state is committed to seeing the project through.

New Mexico will have to find recurring capital funds for the project in future years, she added. “Typically, when you make an investment of this type, other investments follow.”