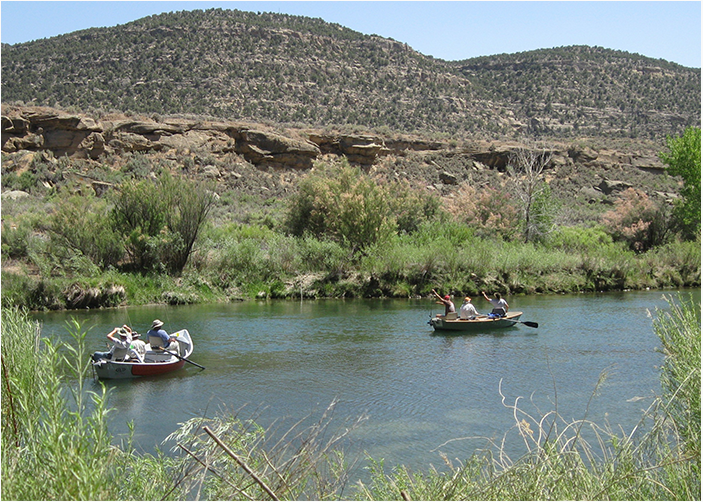 The New Mexico Senate on Monday voted 38-0 for a bill creating a division of outdoor recreation, one of the favored initiatives of Gov. Michelle Lujan Grisham.

It is not to be a promotional agency but one that would be responsible for building the private-sector economy by helping businesses find ways to draw more visitors to New Mexico’s rivers, forests, caverns and peaks.

The proposal, Senate Bill 462, next moves to the House of Representatives, where the Democratic leadership will fast-track it. The legislative session ends Saturday, and it’s clear that the Democratic governor wants this bill passed.

“New Mexico has the greatest outdoor opportunities in the West,” Lujan Grisham said in a statement after the Senate’s vote. “When we create a focused office to both attract new businesses and boost existing concerns, we will plant our flag alongside Colorado, Montana, Utah and others. And indeed we have the potential to surpass them.”

The division of outdoor recreation would be operated within the Economic Development Department. Under an early version of the bill, the division was to have a director who reported to the governor. But enough senators disliked that aspect of the proposal for the bill to be recast.

Sens. Jeff Steinborn, D-Las Cruces, and Steve Neville, R-Farmington, co-sponsors of the measure, said they have delivered a business bill intended to build on the $9 billion outdoor recreation industry.

Neville said New Mexico has an abundance of beautiful natural resources that need businesses to make it possible for more people to enjoy them.

“As an example, we have Navajo Lake in northwestern New Mexico. We need businesses, like guides on the river and boat dealers, to promote economic development,” he said.

Sen. George Muñoz, D-Gallup, questioned how this expansion of businesses would be accomplished.

“Why don’t we partially place this under Game and Fish? We can have guides on the river [and] guides for coyote hunting,” Muñoz said.

Steinborn said the division has to be in the Economic Development Department because its mission is creating jobs.

The minority leader, Sen. Stuart Ingle, R-Portales, appeared ready to oppose the bill on the grounds that state government itself had been an enemy of outdoor recreation.

He cagily mentioned visitors from Louisiana once being able to visit New Mexico because of an abiding interest in “poultry.” Ingle’s reference was to the Legislature outlawing cockfighting in 2007.

“We need,” Ingle said, “to take a look at these things and stop being so bossy.”

No senator questioned whether another state division would bloat the budget or the state’s bureaucracy. And in the end, not even those who said the state had discouraged hunters voted against the bill.