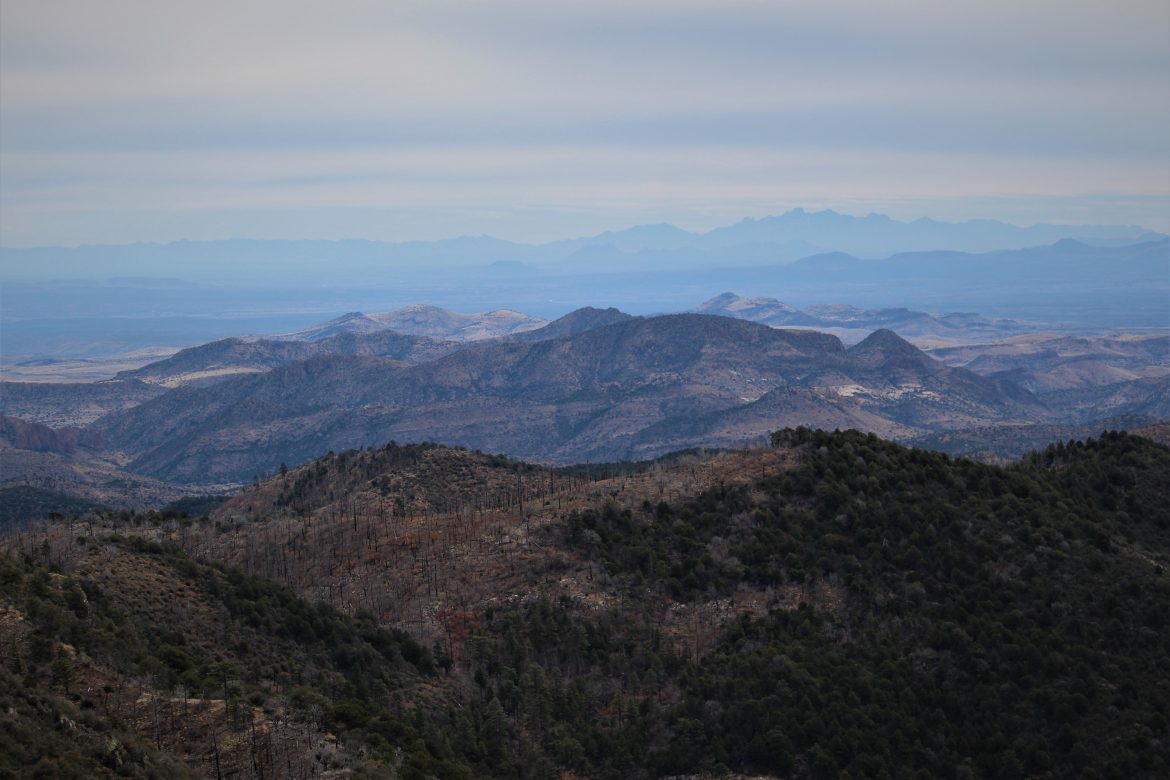 New Mexico's environment, from the mountain tops to the river bottoms, got some attention this year from the state legislature

After eight years of ignoring most environmental issues, the New Mexico Legislature got busy on water, energy and climate change this year. According to the nonprofit Conservation Voters New Mexico, legislators took up more than 100 bills this session related to the environment.

Some didn’t pass, including Sen. Mimi Stewart’s solar tax credit bill (Senate Bill 518). That bill would have allowed New Mexicans a personal income tax credit of 10 percent of the cost of installing a solar thermal system or solar photovoltaic systems on homes, businesses or farms. Other bills that might get a second (or third, or fourth…) chance in later years include the Healthy Soil Act (House Bill 204/Senate Bill 218), the Environmental Review Act (House Bill 206), the Strategic Water Reserve (House Bill 281/Senate Bill 277), the Wildlife Protection and Public Safety Act (House Bill 366) and a number of bills related to water planning.

For some of the bills passed into law, the devil will be in the details of implementation. But the state is undoubtedly moving toward addressing some of its water, energy and climate challenges. Here are a few of the bills that passed this session.

For years, some Democrats have tried to restore the state’s ability to penalize oil and gas companies that pollute New Mexico’s waters. This year, the effort ultimately passed but took some twists along the way: the original bill, Senate Bill 186, didn’t make it to the Senate floor. But its provisions were added to another bill clarifying the Oil Conservation Division’s jurisdiction over produced water from oil and gas drilling.

How did the state lose the ability to protect its own waters from drilling waste? In 2009, Marbob Energy Corporation, now owned by Concho Resources, sued OCD, arguing it lacked the statutory authority to assess civil penalties and sanctions against companies that polluted water. The New Mexico Supreme Court sided with Marbob, ruling that OCD should instead report violations to the state’s Attorney General, which could sue to collect penalties. Because the AG must prove that the pollution violation was committed “knowingly and willfully” to enforce civil penalties on oil and gas companies, it had to prove the violation to a criminal standard. One other problem with that system? Under the Martinez administration, the state agency didn’t report any violations to the AG.

Now, New Mexico will once again have the authority to levy fines—up to $200,000, or more if the case goes to court—against companies that pollute the state’s waters.

Arguably the most wide-ranging piece of legislation this session, this sweeping bill creates new renewable energy standards for utilities and rural electric cooperatives in the state—50 percent by 2030, 80 percent by 2040 and with the goal that 100 percent of the state’s electricity will be carbon-free by 2045. It also authorized an “alternative mechanism” for financing the retirement of coal-fired power plants, such as the San Juan Generating Station by 2022 and the Four Corners Power Plant in 2031. According to the bill’s fiscal impact report, it is also designed to mitigate the economic impacts that shutting down those plants will have on local communities.

SB 462 provides $1.5 million for the Economic Development Department to create a new division, one focusing on promoting outdoor recreation activities in the state. It also creates a 15-member outdoor recreation advisory committee and infrastructure fund and establishes an outdoor equity grant fund to create recreation programs for youth.

Late on the final night (technically, early on the final morning) of the session, the bipartisan Water Data Act passed the Senate on its second attempt. The bill, introduced in the House by Rep. Melanie Stansbury, an Albuquerque Democrat, and Rep. Gail Armstrong, a Republican from Magdalena, allows the New Mexico Interstate Stream Commission and the New Mexico Institute of Mining and Technology to develop a “modern, integrated approach” to collecting and sharing water data that comes from a variety of state, federal, local, tribal and nongovernmental organizations. The bill also creates a new interagency water data council tasked with submitting a plan to the legislature by Sept. 1 each year assessing water data needs, goals, actions, progress, and the budget needs for the next year.

You can still kill a coyote if you’re protecting yourself or your property. You can even hire someone to kill coyotes on your property. But shooting them as part of a contest is no longer legal in New Mexico. Such contests offer prizes for the largest or most coyotes shot, and the canines are often flushed out with dogs or calls. If it becomes law, as is expected, organizers of coyote-killing contests will be charged with a misdemeanor and participants, a petty misdemeanor. Even before the bill passed, State Land Commissioner Stephanie Garcia Richard had banned coyote-killing contests on State Trust Lands.

The New Mexico Interstate Stream Commission plays an important role, making critical water and funding decisions statewide. Commissioners have been appointed by the governor, and although they are supposed to be from different regions and represent a mix of political parties, irrigation districts, acequias, tribes and drinking water utilities, the commission currently isn’t the most diverse state body. This bill would shake up the commission’s makeup a bit by ensuring appointed members live in at least three different water districts and that the commission includes a professional hydrogeologist. It allows the Legislative Council to appoint four members and also requires all actions of the commission to pass by a two-thirds majority vote.

This is another bipartisan bill, sponsored by Rep. Paul Bandy, an Aztec Republican, and Sen. Peter Wirth, a Santa Fe Democrat. This act creates the Forest and Watershed Advisory Board, overseen by the New Mexico Energy, Minerals and Natural Resources Department, which will foster partnerships, including with corporations, to co-fund or leverage funding for forest and watershed projects in the state. In the past, the use of state funds on private lands violated the anti-donation clause of the state’s constitution.

There’s no dearth of choices for New Mexicans who want to sport a fancy license plate. If SB 234 is signed into law, drivers would be able to choose a pollinator-protection plate. Part of the initial $25 fee (and the $15 annual renewal fees) for the new plates will go toward New Mexico Department of Transportation projects that benefit pollinators like birds, bees and bats. And why is this bill so cool? Because New Mexico kids who are a part of the Wild Friends program at the University of New Mexico School of Law helped draft it.

(And hey, if you want to check out a pollinator-friendly plant guide Wild Friends made, visit here.)

With passage of this bill, the New Mexico Department of Game and Fish and the state’s Department of Transportation will prepare a statewide wildlife corridors plan—to help protect wildlife from vehicles, and protect drivers from accidents. The plan will identify migration corridors for wildlife and also come up with ways to help them cross highways and roadways more safely, such as via underpasses and overpasses.

Note: In the original version of this story, we wrote that HB 546 allows the state to levy fines up to $200,000. Higher fines can be assessed if the case goes to court. We’ve edited the story to include that information.