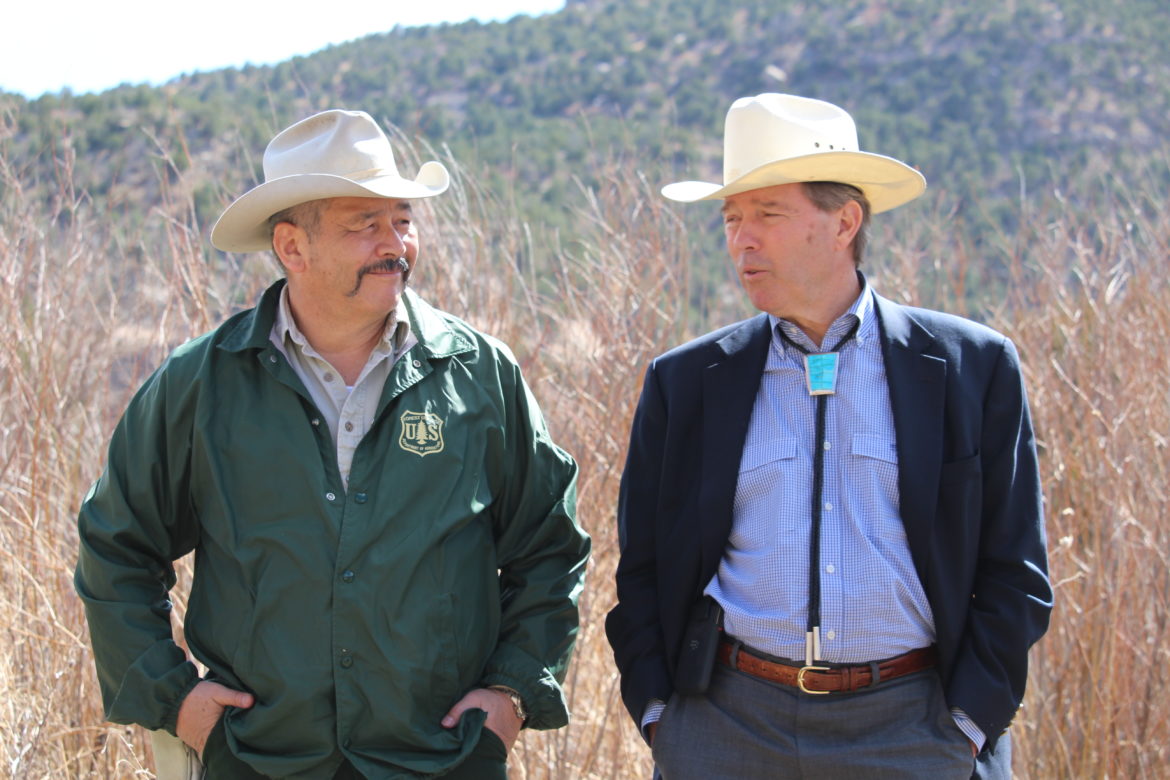 U.S. Sen. Tom Udall announced Monday that he will not run for reelection to the  U.S. Senate in 2020, saying, “The worst thing anyone in public office can do is believe the office belongs to them, rather than the people they represent.”

He said in a YouTube video, with a transcript on Medium, that he feels in his final two years in office he will be able to “get so much more done to help reverse the damage done to our planet, end the scourge of war, and to stop this president’s assault on our democracy and our communities” without running a campaign for what would have been a third term.

Related: Who might run to replace Tom Udall in the Senate?

Since his election to the U.S. Senate in 2008, Udall has pushed for environmental legislation and for legislation to overturn the Supreme Court’s Citizens United decision.

The announcement by Udall opens up a Senate race in a state that increasingly leans Democratic. Democrats won every statewide office and all three congressional seats in 2018 and hold majorities in both chambers of the state legislature. And Democrats have won each U.S. Senate race since 2006.

Democrats will likely see a large primary field to attempt to replace Udall.

Udall replaced Pete Domenici, the state’s longest-serving U.S. Senator, when he defeated Republican Steve Pearce in the general election. Udall received over 60 percent of the vote in that election and over 55 percent when defeating Allen Weh in his 2014 reelection campaign.

Udall previously served five terms in the U.S. House in New Mexico’s Third Congressional District and before that as the state’s Attorney General.

“I’m going to make the most out of each and every hour I have left as your senator,” Udall said. “I’m absolutely committed to changing the course that this president has set for our country.”

Udall’s colleague in the Senate, Sen. Martin Heinrich, said it was an “honor and pleasure” to work with Udall.

“Over the next two years, we have an incredible opportunity to stand up for New Mexico and defend our American values,” Heinrich said. “Everyone who knows Tom Udall knows that he will never stop fighting for what he believes in. I look forward to continuing the fight with him to advance policies that will move our nation forward.”

“Whether serving the people of this state as attorney general, as a congressman, as a senator or simply as a neighbor and friend, Tom Udall has reliably put New Mexicans first,” Lujan Grisham said in a statement. “He has fought for our water, for our lands, for our people, and his voice has been a consistent beacon of leadership and moral clarity in turbulent times.”

“Senator Udall fought for New Mexican families long before he was a United States Senator, and I’m confident he’ll continue to be a champion for New Mexico’s people for the remainder of his term and beyond,” Balderas said.

“Udall has also been an ardent champion of voting rights and common-sense election reforms and I’ve had the privilege of working with him on these critical issues,” said Toulouse Oliver. “At every step of his career, he has epitomized New Mexico values—family, fairness, and respect. His retirement is a loss for the U.S. Senate, but I know that Sen. Udall will never stop working on behalf of all New Mexicans.”