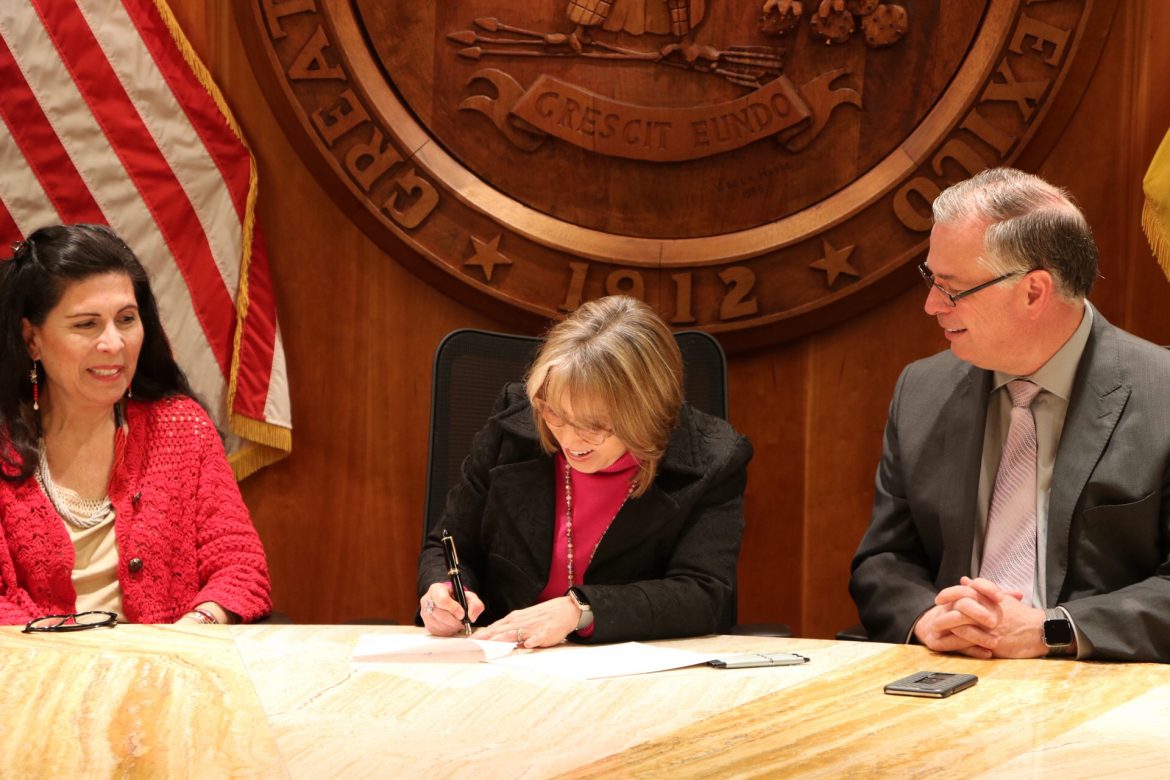 New Mexico voters will be able to register to vote or change their information on Election Day now thatGov. Michelle Lujan Grisham signed a same-day registration bill into law Wednesday.

In a statement after signing SB 672, the governor called the law “a victory for democracy.”

New Mexico is the 18th state (plus the District of Columbia) to allow same-day voter registration. The law will not go into effect until 2021, so it will not be in place for next year’s presidential election. And the law will not allow voters to change their party affiliation during a primary election.

To change their registration at the polls, voters will be required to show identification. And the polling location does not have real-time access to the state’s voter file, so the voter will be required to vote with a provisional ballot. This will apply to rural locations without internet access. The provisional ballots will be counted once the county clerk can verify with the voter file.

The bill also provides an opt-out for changing voter registration when renewing a driver’s license at the Motor Vehicle Department instead of needing to “opt in” to such a change.

“The more eligible voters there are in New Mexico, the greater the capacity for the expression of the will of the people, and the greater the likelihood our government aligns with that will,” Lujan Grisham said.

Co-sponsor Sen. Daniel Ivey-Soto, D-Albuquerque, said the law “ensures that people can more easily use their voice in the civic process.”

Update: Clarified that the provisional ballot provision is for polling locations without internet access, mainly in rural counties.