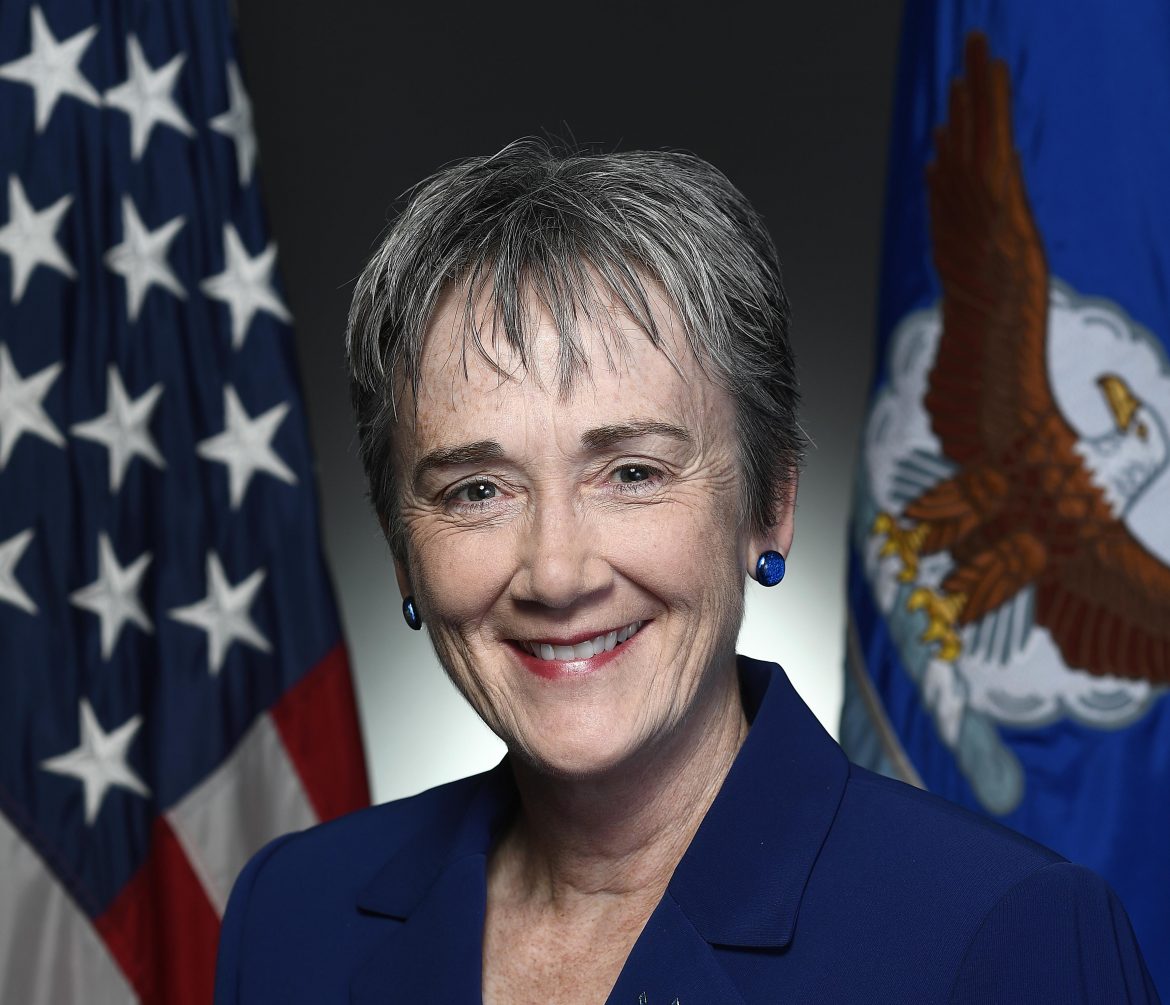 “UT System names Heather Wilson next UTEP president, despite objections from Democrats and LGBTQ activists” was first published by The Texas Tribune, a nonprofit, nonpartisan media organization that informs Texans — and engages with them — about public policy, politics, government and statewide issues.

The board vote was unanimous, and Chairman Kevin Eltife called her a “mission-focused, values-driven, people-oriented leader.”

“She has a stellar reputation for serving her community and constituents based on their needs, goals and aspirations,” he said.

The regents chose Wilson as the sole finalist for the position early last month, and the regents have lauded her public service background. Her appointment Tuesday comes after a state-mandated 21-day waiting period.

Her selection has garnered a wave of opposition from El Paso community members, including staff, alumni and students who urged the regents to vote against her. Concerns have sparked on-campus protests, phone banking drives, and an online petition with more than 10,000 signatures.

At issue is Wilson’s record while serving in Congress and concerns about her ability to work with a diverse community. During her time in Congress, she voted for a federal amendment to ban same-sex marriage and against bills aimed at protecting LGBTQ individuals from hate crimes and employment discrimination.

In a statement, Wilson said she looked forward to “leading this great university toward its bright future.”

“No institution means more to the future of El Paso and Juarez region than UTEP. Its deep commitment to providing access to education and excellence in research is a model for the nation,” Wilson said in a statement. “UTEP is a catalyst for economic growth in the fourth largest manufacturing region in North America – the source of ideas and high quality education to meet the needs of the 21st century.”

“While Secretary Wilson has an impressive resume and numerous political accomplishments, that does not necessarily translate into the appropriate appointment for UTEP president,” said Rep. Mary Gonzalez, D-Clint, in a statement before Tuesday’s vote.

Gonzalez said she spoke on the phone with Wilson, who was “unable to name specific policies she would implement as a university leader to encourage an inclusive learning environment.”

“Most importantly for me, Secretary Wilson is not representative of this community and has no experience with the border,” Rodriguez said.

The regents said they received multiple letters in support and against her nomination, and multiple students, alumni, and community members railed against Wilson’s nomination at the Tuesday morning meeting in Austin.

“She is unqualified. She is harmful to the UTEP community,” said Eden Klein, a UTEP alumna and current UT-Austin law student.

Multiple critics cited UTEP’s mission statement on its homepage and argued that Wilson fell short of UTEP’s ideal “to [provide] quality higher education to a diverse student population.” Critics have also rebuked her March 2006 vote against providing $84 million in grants for colleges that predominantly serve black and Hispanic students, and her vote that same year to construct a fence along the U.S.-Mexico border.

But Regent Ernest Aliseda, who lives along the U.S.-Mexico border in McAllen, highlighted that, as the president of the South Dakota School of Mines & Technology, Wilson worked to increase the number of women, first generation, and low-income students at the school.

Wilson will start in mid-August to replace longtime leader Diana Natalicio. During Natalicio’s 30-year tenure, she boosted the university’s budget and cultivated a nationally recognized research program for the school’s diverse student body, which is 80% Hispanic.

Students will work to ensure the core values Natalicio has instilled at UTEP are upheld by Wilson, said Hira Ali, a leader of the We the Student coalition, a group of student organizations and activists opposed to Wilson’s presidency.

“From here on out as We The Student coalition and other students on campus, we’ve banded together to be a watchdog organization for Wilson,” she said. “We want to let Wilson know we’re going to be watching her every step.”

Disclosure: The University of Texas System, Ernest Aliseda and the University of Texas at El Paso have been financial supporters of The Texas Tribune, a nonprofit, nonpartisan news organization that is funded in part by donations from members, foundations and corporate sponsors. Financial supporters play no role in the Tribune’s journalism. Find a complete list of them here.

This article originally appeared in The Texas Tribune at https://www.texastribune.org/2019/04/02/utep-names-heather-wilson-next-president-over-democrats-objections/.

View all University of Texas at El Paso articles →