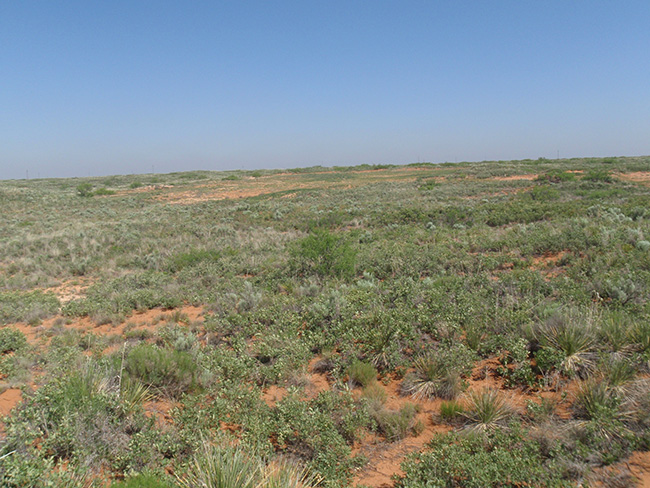 Over the last few years, residents of the western Colorado town of Paonia, the longtime headquarters of High Country News, have planted yard signs, skipped ultimate frisbee to attend public meetings, and embarrassed themselves and each other during a karaoke-themed fundraiser — all in the name of preventing oil and gas development in their watershed. Despite their efforts, the Bureau of Land Management and Forest Service approved major fracking projects, in 2015 and 2017, just above this small community, where agritourism and a renewable energy training facility are growing as coal jobs fade.

Note: This story originally appeared at High Country News and is reprinted with permission.

What public pushback didn’t stop, a federal court in Denver has temporarily halted. In late March, Colorado U.S. District Judge Lewis Babcock ruled the agencies failed to fully consider climate and wildlife impacts in approving the projects, and ordered them to rework their environmental reviews. It is the latest in a string of decisions regarding federal environmental planning for oil and gas development and leasing on public lands. Another judge also recently rejected oil and gas leases in Wyoming, citing an inadequate analysis of how they would harm the climate; together, the rulings have blocked development approved by both the Obama and Trump administrations.

Environmentalists see the decisions as major victories and an opportunity to slow down the “energy dominance” agenda of the Trump administration. At the same time, they’re aware that courts alone can’t prevent the administration from increasing leasing and drilling on public lands. But in the details of the decisions, and in growing public awareness and activism around climate action, they see a chance to slow or stop oil and gas development on public land.

The courts are merely delaying, rather than actually preventing fossil fuel development over climate concerns. That’s because the National Environmental Policy Act of 1970 (NEPA) governs process, not outcomes. The law requires disclosure, “but NEPA doesn’t have the kind of teeth to force agencies to act on climate change,” said Clare Lakewood, a lawyer for the Center for Biological Diversity. “Practically speaking, (BLM) will do the analysis the court directed,” and likely continue with the fracking project in western Colorado, said Laura King, a lawyer for the Western Environmental Law Center. Steven Hall, the BLM Colorado communications director, said the agency will work with the groups that sued to address the issues identified by the court.

While it would be foolhardy to expect the Trump administration to change its plans based on a climate analysis, just a few years ago the Interior Department appeared to be taking climate change more seriously. In 2016, Interior Secretary Sally Jewell issued a moratorium on federal coal auctions and initiated an environmental review of the entire federal coal-leasing program. Though that review was never completed — and the moratorium was overturned in short order by Trump’s then-secretary, Ryan Zinke — the data collected during it were published late last year in a report by the U.S. Geological Survey. That report shows that the extraction and combustion of fossil fuels from federal lands is responsible for approximately one-fourth of the carbon dioxide emissions produced in the United States.

The report not only showed that federal lands are a major contributor to climate change, it also demonstrated that tools exist to track and estimate how they contribute to greenhouse gas emissions. Now, federal judges are keen to see those tools employed to inform agency decision-making. In a ruling that is delaying 303,000 acres of oil and gas leases in Wyoming, U.S. District Judge Rudolph Contreras wrote that by omitting analysis of the cumulative impacts of greenhouse gas emissions, the BLM failed to abide by environmental laws. He also wrote, “BLM could decline to sell the oil and gas leases at issue here if the environmental impact of those leases — including use of the oil and gas produced — would not be in the public’s long-term interest.”

The judge’s assertion is critical for activists who want to keep fossil fuels in the ground. The Interior Secretary is directed by law to hold quarterly oil and gas lease sales. But if the BLM has the power to decline to issue the leases based on their ultimate contribution to climate change, that could pave the way for future administrations to phase-out or even eliminate fossil fuel leasing on public lands. “We think the agencies have complete discretion,” to issue a moratorium on new federal fossil fuel leasing, said Jeremy Nichols, the climate and energy program director for WildEarth Guardians.

Climate action is not coming from the current partisan Congress, an Interior Department led by former industry lobbyists, or a president who blames wind turbines for cancer while praising the beauty of coal. But recent court decisions are giving future administrations a legal footing to phase out fossil fuel development on public lands, and bolstering environmental activists like the karaoke-singers in Paonia by posing an important question: Is fossil fuel development a sensible way to manage public land for future generations?

Note: This story has been updated to include comments from BLM.

Carl Segerstrom is an assistant editor at High Country News, covering Alaska, the Pacific Northwest and the Northern Rockies from Spokane, WA.

Email him at carls@hcn.org or submit a letter to the editor.