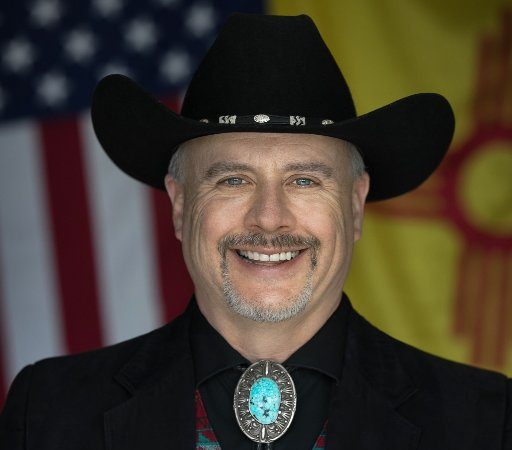 A former Trump administration official announced Tuesday that he is running for the open U.S. Senate seat.

Republican Gavin Clarkson announced he will run for the seat to replace U.S. Sen. Tom Udall, the Democrat who said earlier this year that he would not seek a third term in the Senate. He is the first Republican to announce his candidacy.

“I’m running to share the stories and aspirations of the ordinary people who make New Mexico extraordinary and who just want to see some sympathy in the Senate, and that will mean being in-state as often as possible, so I’m promising to visit every one of our state’s 33 counties at least once a year,” Clarkson said in a statement.

He also mentioned his personal story, saying he lost “almost everything” in the 2008 financial crisis then moved to New Mexico “with one cent in my bank account” and started flipping houses—buying houses, fixing them up and selling them at a higher price. He also cited his law degree, MBA and doctorate in Business Administration.

In recent months, Clarkson has taken  a hardline immigration stance, backing President Donald Trump. He mentioned it in his statement announcing his candidacy as well.

“I want to be a champion for those whose voices are not heard in the halls of Congress—for the legal immigrants, like my wife, who followed the rules, for the victims of illegal immigrant crime, for the struggling farmers and ranchers in our rural areas, particularly those living along our unprotected border, and for those who are economically disempowered due to federal regulations and corporate welfare schemes that benefit establishment lobbyists at the expense of entrepreneurs and small businesses,” Clarkson said.

Before this, Clarkson was a Trump administration official in the U.S. Department of the Interior, which he left after he had what ProPublica described as a “key role in a convoluted transaction that flopped and left the Interior Department fending off a $20 million liability.”

Clarkson resigned from his position as Deputy Assistant Secretary for Policy and Economic Development-Indian Affairs.

Clarkson also previously taught at New Mexico State University, but was fired by the university. He sued the university for wrongful termination last year.

On the Democratic side, U.S. Rep. Ben Ray Luján announced last month that he would run for the seat.

Secretary of State Maggie Toulouse Oliver will make an announcement on her Senate plans later this month.