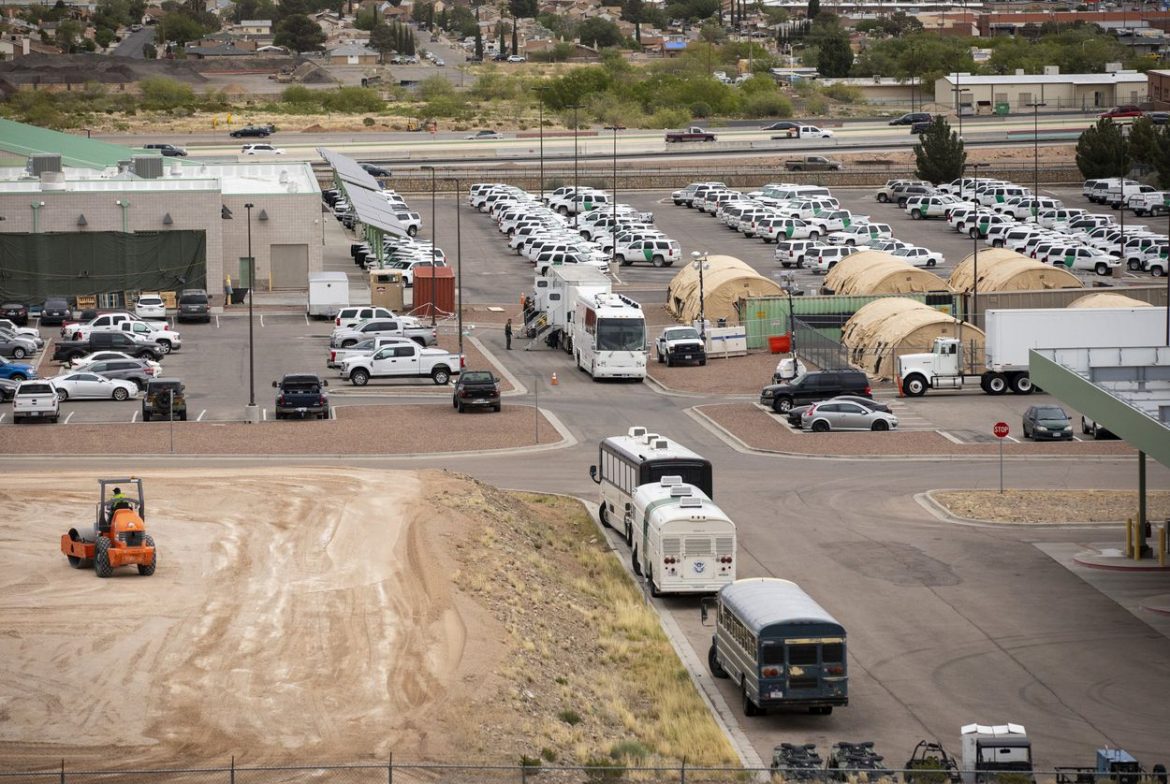 Land is being cleared outside the Border Patrol station headquarters in El Paso.

“Temporary immigration detention facilities to open in El Paso, Rio Grande Valley” was first published by The Texas Tribune, a nonprofit, nonpartisan media organization that informs Texans — and engages with them — about public policy, politics, government and statewide issues.

El Paso and the Rio Grande Valley are less than two weeks away from the scheduled opening of temporary detention centers that will each house up to 500 migrants who have crossed the border to seek asylum.

The facilities, commonly referred to as a “tent cities,” are the federal government’s response to the ongoing crush of migrants, mainly from Central America, who continue to cross into Texas after traveling through Mexico.

“U.S. Customs & Border Protection urgently needs to provide for additional shelter capacity to accommodate individuals in CBP’s custody throughout the southwest border,” CBP said in a written statement. “The overwhelming number of individuals arriving daily to the U.S. has created an immediate need for additional processing space in El Paso, Texas and Donna, Texas.”

On Thursday, a U.S. Border Patrol official who asked not to be named said the facility would likely be at the agency’s station in northeast El Paso near U.S. Highway 54. Bulldozers and tractors with flattening rollers could be seen Thursday at the site, which also included five small, military-style tents used to house migrants. The CBP office in El Paso would not confirm that the station would be the location of the new facility.

The federal government’s solicitation for vendors names Deployed Resources of Rome, New York, as the company the government is in negotiations with to supply kitchen equipment, showers, laundries, bathrooms and office space. The solicitation says the government only plans to negotiate with one company “because the facilities need to be established by April 30, 2019.” The company did not immediately respond to a request for comment about the contract.

The two facilities will cost about $37.2 million through the end of the year, according to federal documents.

The opening of the new facilities would come just more than three months after the Trump administration shut down a similar facility in nearby Tornillo, about 20 miles east of the El Paso city limits. That facility was erected in June and housed hundreds of unaccompanied minors who crossed the border to seek asylum.

Temporary facilities have been used for years to house undocumented immigrants when U.S. Border Patrol facilities are beyond their capacity to shelter migrants. The Obama administration opened a temporary facility at San Antonio’s Lackland Air Force base in 2014 in response to a surge of unaccompanied minors who had crossed the border. And in 2016, a facility opened at the Tornillo site in response to another surge of unaccompanied minors and families crossing the border, the El Paso Times reported.

This article originally appeared in The Texas Tribune at https://www.texastribune.org/2019/04/18/texas-host-new-tent-city-migrant-families/.