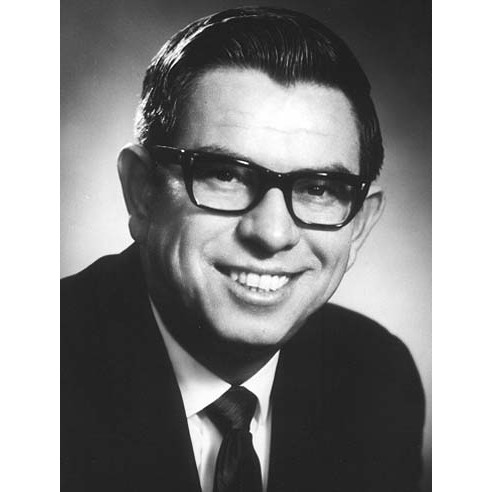 A Republican, Luján was first elected to the U.S. House of Representatives in 1969, and served in that position for two decades. He began his congressional career representing half of the state, when New Mexico had just two congressional districts, and ended his time in office representing the Albuquerque area.

When George H.W. Bush was elected president in 1989, he tapped Luján to serve in his cabinet as the Secretary of the Interior. He stayed in that position for all four years of Bush’s term.

According to his official U.S. House biography, Luján was “born on a small farm near the Indian pueblo of San Ildefonso on May 12, 1928, to Manuel Luján, Sr., and Lorenzita Romero.”

His father served as mayor of Santa Fe and ran unsuccessfully for Congress and governor.

The younger Luján later served as vice chairman of the Republican Party of New Mexico.

Gov. Michelle Lujan Grisham, a distant relation of Manuel Lujan through the Romero side of their families, said he was “the picture of a statesman.”

“In a lifetime of public service, over the course of ten Congressioanl terms and four years as secretary of the Interior, he fought for his constituents, striving for balance between competing interests, never forgetting that New Mexicans’ collective best interest must come first,” she said in a statement.

In honor of Luján, the governor ordered that flags be flown at half-staff.

“He was an advocate for the people of New Mexico and set the bar for constituent outreach,” Ben Ray Luján, another distant relation, said in a statement. “As one of the most prominent Hispanics to serve at the federal level, he opened the door for many others to step forward and make a difference. I am praying for his family and loved ones.”

“Today’s passing of Manuel Lujan, Jr. is a sad day for New Mexico and our country,” the Republican Party of New Mexico said in a statement. “New Mexico has lost one of the finest statesmen to ever represent our state in Congress.”

The party called him “ a trailblazing Republican and inspired others who wanted to serve the public.”