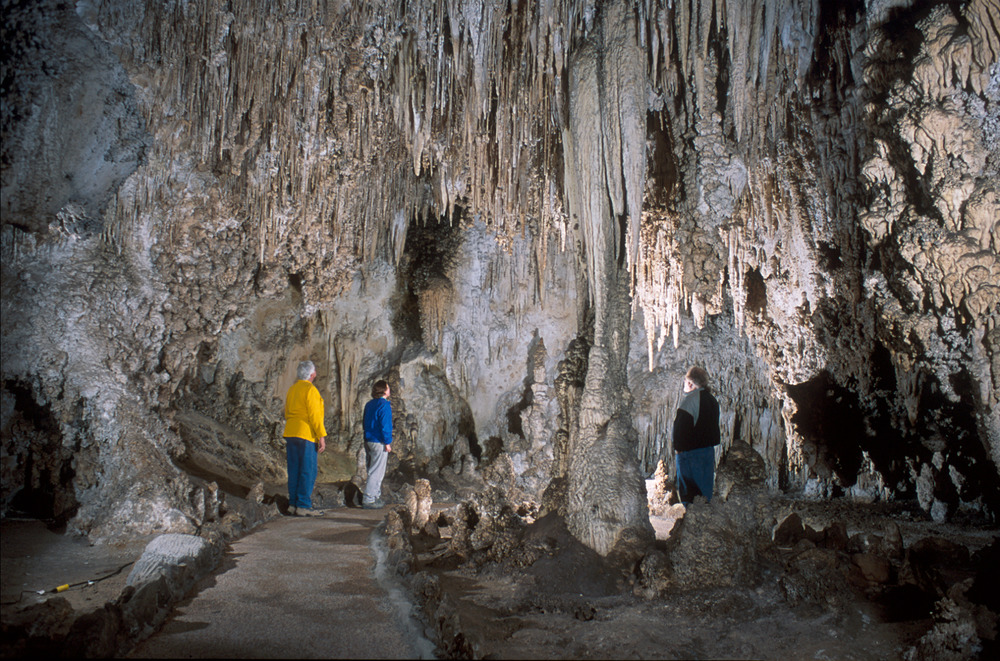 The King's Palace at Carlsbad Caverns.

ALBUQUERQUE, N.M. — As summer approaches, adventurers are about to descend on America’s national parks, but Congress has yet to act on legislation that would address nearly half of the $12 billion in overdue maintenance.

The “Restore Our Parks Act” was introduced in Congress with bipartisan support. Marcia Argust, project director with Pew Charitable Trusts, said there are more than 400 parks nationwide, and most of them need repairs – including 16 national park units in New Mexico with $121 million in overdue repairs.

“In New Mexico, 2 million visitors are coming to the state each year to visit National Park Service units, and they’re spending over $100 million in local communities,” Argust said. “That’s generating over 1,700 jobs per year.”

The Trump administration’s 2020 budget proposes cutting the National Park Service budget by $481 million, even while visitors in 2018 exceeded 300 million for the fourth consecutive year – the highest numbers since record keeping began in 1904. New Mexico Rep. Deb Haaland is chair of the National Parks, Forests and Public Lands Subcommittee.

If the 116th Congress passes the legislation, which the previous Congress did not, money could be used to address crumbling roads, disappearing trails, deteriorating historic buildings and even outdated water, sewer and electrical systems. Argust believes national parks need to be treated like small cities and towns with infrastructure that needs regular attention.

“It’s important that Congress takes this investment in parks seriously and ensures that our historic resources are preserved, that there’s safe access for visitors and that local communities continue to have that sustainable resource,” she said.

Argust said the nation’s parks are not a partisan issue. A poll commissioned by Pew last November, showed more than 75% of Americans favored legislation to direct up to $6.5 billion over five years to address priority park repairs. Additionally, almost 3,000 national and local organizations have called on Congress to provide more dedicated resources to national parks.