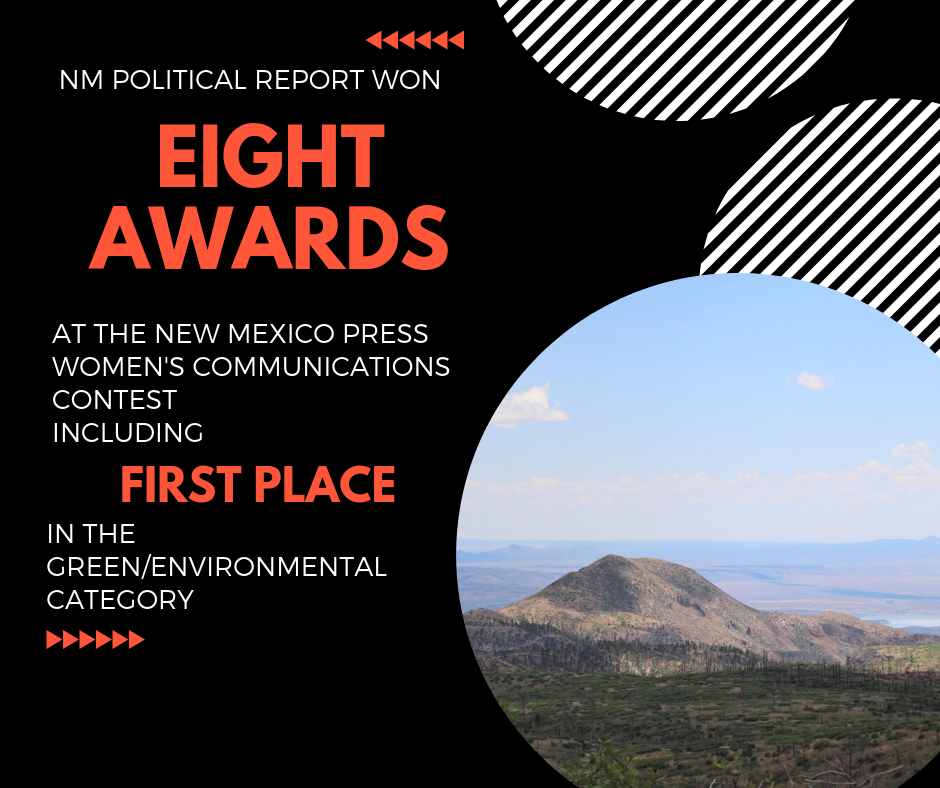 The number of awards put NM Political Report in second place in the organization’s Sweepstakes contest, which assigned points for each entry that won or placed in the competition.

Laura Paskus won first place in the Specialty Articles – Green/Environmental category for her story “Federal climate report shows how climate change will impact U.S. economy, infrastructure and more.” The story examined a federal report on the climate from a New Mexico perspective.

The story from November of last year is part of NM Political Report’s full-time environment coverage.

Matthew Reichbach won two second place awards, one in the News Story – Online Publication category for a story on a teachers union that said it was targeted by the notorious Project Veritas and one in the Specialty Articles – Government or Politics category on the challenges facing marijuana legalization in the state.

Lyman won second place in the Feature Story – Online Publication category for his examination of the Libertarian Party of New Mexico.

The awards were for stories written in 2018.

Note: To support our award-winning reporting, please donate. We’re a non-profit news outlet, so donations may be tax-deductible! If you want to make a monthly donation, you can do so here.