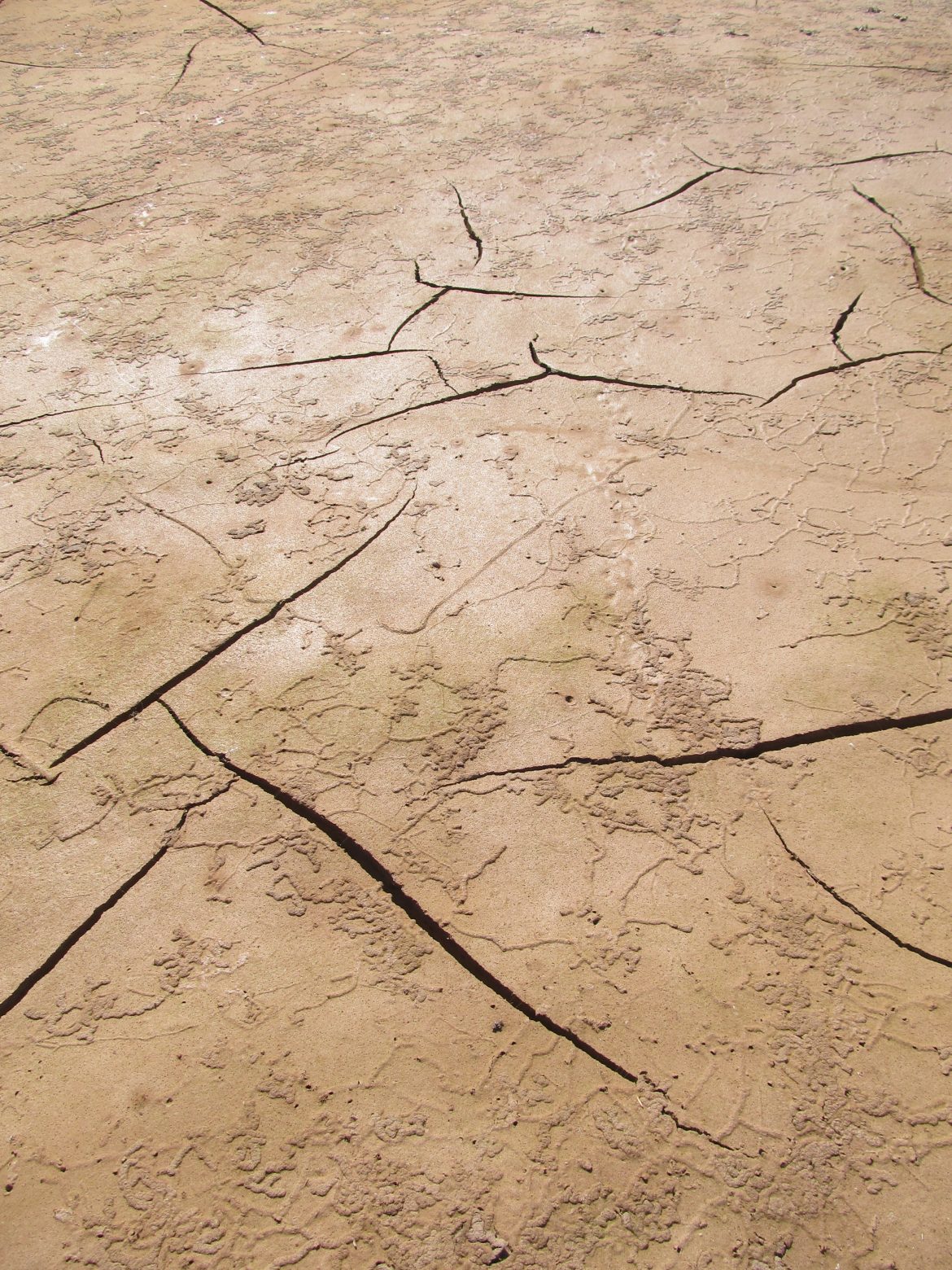 Most New Mexicans understand that climate change is already happening and that its impacts will continue into the future.

Now, a new study published in Nature reveals signs of human-caused climate change in the past, too.

Relying upon computer models and long-term global observations, the peer-reviewed study shows the “fingerprint” of drought due to warming from greenhouse gas emissions in the early twentieth century.

In that initial time period, during the first half of the twentieth century, “a signal of greenhouse gas-forced change is robustly detectable,” they write. Both various observational datasets and tree-ring based constructions of drought over the past millennia “confirm that human activities were likely affecting worldwide drought risk as early as the beginning of the last century.”

Drought is complicated, explained Benjamin Cook, with the NASA Goddard Institute for Space Studies and Columbia University’s Lamont-Doherty Earth Observatory, and one of the study’s co-authors.

It can be measured in different ways, including by precipitation, streamflow levels, agricultural drought or runoff levels. Their study examined drought in terms of soil moisture, and they relied upon tree ring-based reconstructions of the Palmer Drought Severity Index (PDSI). That index uses temperature and precipitation data together to estimate dryness.

“Drought atlases”—collections of tree ring records that reconstruct the PDSI for North America, Europe and the Mediterranean, Mexico, Monsoon Asia and Australia and New Zealand—allowed them to look at records stretching back 600 to 900 years, depending upon the region.

Detecting the signal of climate change on the global hydroclimate in the first half of the twentieth century surprised researchers, Cook said. But that strong signal also made sense, since greenhouse gas emissions were rising during that time period.

“From there, going into the mid-twentieth century, the signal disappears—probably due to aerosol pollution, masking the warming,” Cook said. Industrial aerosols, which weren’t controlled as pollutants until the 1970s, can affect regional cloud formation, rainfall and temperature. Aerosols likely affected regional weather—and also masked the impacts of climate change, even as greenhouse gas emissions continued to rise.

According to NASA’s latest numbers, the carbon dioxide level in the atmosphere is currently at 410 parts per million.

“In more recent decades, there has been the trend toward the climate change signal we expect,” Cook said. These trends are still imposed over regional patterns of wetting and drying that vary over time—patterns like El Niño and La Niña, which we experience here in the U.S. Southwest.

The Intergovernmental Panel on Climate Change (IPCC) assessment in 2010 noted only “low confidence” in connecting the effects of climate change with the global hydroclimate. At the time, noted Cook, the body said it didn’t have the tools or data to answer that question.

“With this, we can say now that a near-global climate change signal in regional drying and wetting trends is detectable,” he said. “We can attribute these [trends] to climate change in the past, and we can expect that’s going to continue out into the future.”

Their fundamental question of their study, Cook said, was “Do the observations look like the models?”

“The answer is definitely yes,” he said. “This gives us a little more confidence to begin to nail down and understand how climate change is going to affect large-scale patterns of drying and wetting.”

He cautioned that the study looked at large-scale areas of the globe, and does not hone in on specific regional drought events, like the Dust Bowl conditions in the United States, the drought of the 1950s in New Mexico, or the recent California drought.

“The word ‘drought’ can mean different things to different people, in different contexts,” said David Gutzler, a professor in the University of New Mexico Earth and Planetary Sciences Department and one of the scientists working on the upcoming IPCC assessment. “So the concept of drought is a little bit squishy and fuzzy.”

In the Nature study, he said, the scientists were looking at global scale droughts.

“These are droughts that they can identify from tree ring records on different continents, all at the same time, and they can see basic, large-scale patterns of dryness that persist for a while,” Gutzler said. “And what they find is a global coherence to it. But it’s hard to map that concept on to a specific year and a specific place.”

And, he said, the broad-scale propensity for drought goes up as the climate warms.

Gutzler is among those currently enjoying the Rio Grande’s high spring flows through Albuquerque. “My wife and I just took a walk near the Alameda Bridge over the weekend, and it was wonderful,” he said. “It really is great. But all this water is not going to fill up Elephant Butte Reservoir, if that’s a metric of hydrologic drought.” The best we can hope for, he said, is that levels in the reservoir will reach 400,000 acre feet this spring, giving New Mexico more flexibility for storing water upstream.

When combined storage in Elephant Butte and Caballo reservoirs drops below 400,000 acre feet, Colorado and New Mexico can’t store water in any of the upstream reservoirs built after 1929. This includes Heron, El Vado and Abiquiu reservoirs in New Mexico.

“I think it’s totally terrific to have an excellent snowpack and good runoff,” he said. “But one good year doesn’t remedy all the long-term water shortages we’re dealing with.”