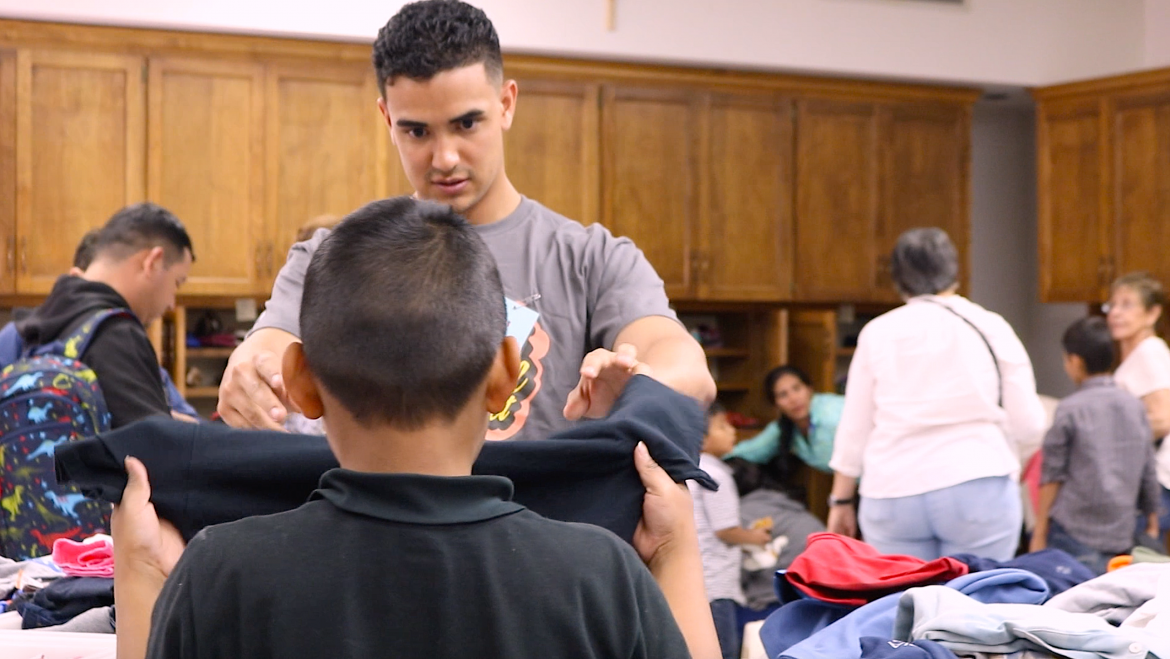 When the public sees news stories of asylum seekers arriving in the United States, they don’t always get the whole picture.

The news often fails to cover a core aspect of this situation: the human beings arriving at our border looking for safety and a better future.

As an immigrant to this country, I had to overcome many barriers to be where I am today.

As a child, I was helpless watching my parents unable to communicate because of a language barrier and we all lived in fear of getting sick because we lacked access to proper health care.

Now as an adult, our family feels despair as the president of this country goes on weekly tirades and calls our community criminals and animals.

Asylum seekers experience all of this, plus more.

When I volunteered at a shelter welcoming asylum-seeking families last week, I came in contact with a mother and her 8-year-old son, Carlos.

She told me they traveled for thirty days all the way from Honduras. All they had with them during that thirty-day journey was a backpack with an extra change of clothes and relevant documents.

These families do not speak English yet, have minimal possessions, are tired and sometimes sick from the grueling journey. Yet, somehow they are still expected to figure out their way across the country to reunite with their sponsors.

U.S. Customs and Border Patrol (CBP) agents will release them from detention camps if the families have a sponsor that is willing to vouch for them, but they release these families with no way to fend for themselves.

They are not provided shelter, food, transportation, medical assistance or any other resource, and when they arrive to the United States they are held at gunpoint and jailed.

This is no way to treat humans.

The physical and mental toll the families, especially children, have gone through will follow them for the rest of their lives. We cannot change what they have experienced on their journey, but we can help them begin their healing process by helping them get to their families, wherever they may be.

Albuquerque must lead by example and pick up where our federal government has failed.

The collaboration between the New Mexico Dream Team, the City of Albuquerque, the Interfaith Coalition, and all those involved in welcoming and helping these migrant families get to their final destination is an amazing example of the welcoming culture our city, and state, is known for and sets the example for how the rest of the country should open their arms.

This coalition, together with Albuquerque City Councilman Pat Davis*, co-introduced Resolution-19-143 which looks to allocate a quarter million dollars to help fund the humanitarian efforts of the community.

This is money that is coming out of unallocated city funds, meaning no existing programs were altered to provide this additional help.

It is the right thing to do.

I’ll never forget the moment when Carlos, right out of the shower, ran back to our donated-clothing room because he forgot socks, and I saw his feet covered in blisters.

I felt a rush of emotions.

I felt betrayed, betrayed because our government received this child after the journey and did not even bother showering him.

Relieved because for the first time I had seen Carlos smile thanks to the genuine desire of Burqueños to extend a helping hand.

Luis Leyva is a senior at the University of New Mexico and an Advocacy Leader with the New Mexico Dream Team.