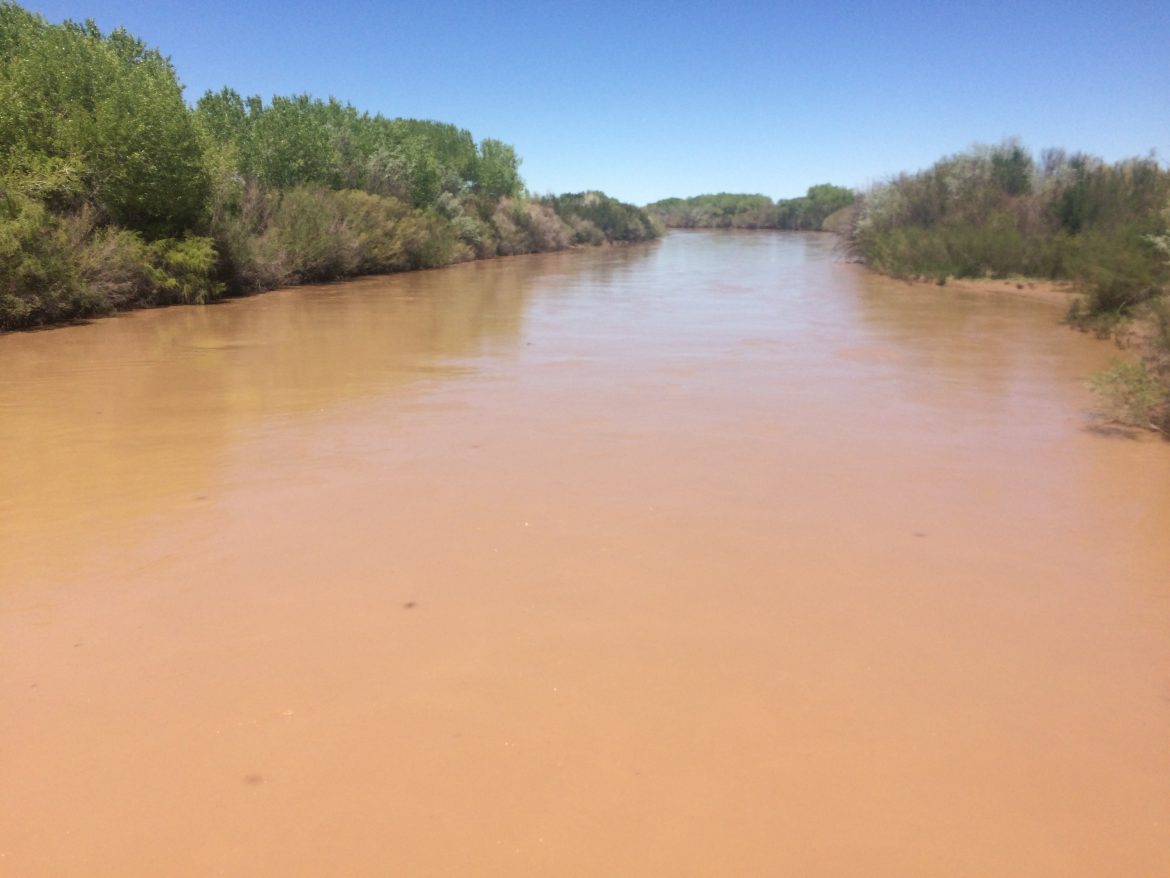 Rio Grande running near San Antonio, N.M. (It's even higher now than when this picture was snapped a week or so ago...)

This week we have a story about a new study in Nature that shows the “fingerprints” of climate change on 20th century drying. Next week, we’ll look at what some local governments in New Mexico are doing to prepare people for the continued impacts of warming.

• There are two other recent studies worth checking out, including one in Nature about the risks of hydroclimate regime shifts in the western United States and another in Earth’s Future, published by the American Geological Union, about adaptation to water shortages caused by population growth and climate change.

• Rebecca Moss with the Santa Fe New Mexican reports on the lack of progress on safety concerns at Los Alamos National Laboratory.

• Writing for High Country News, Nick Bowlin covers a judge’s ruling that reinstates the valuation rule, which the Trump administration repealed. We wrote about those changes in 2017, after the first time a judge ruled that the U.S. broke the law when “updating” how royalties are calculated on federal and tribal lands.

• The Intercept’s Sharon Lerner has a story about the high levels of PFAS found in breast milk worldwide.

• Lastly, I just have to leave you with this USGS graph of the Rio Grande’s flows through Albuquerque right now. You can check out current streamflow conditions across the state here.