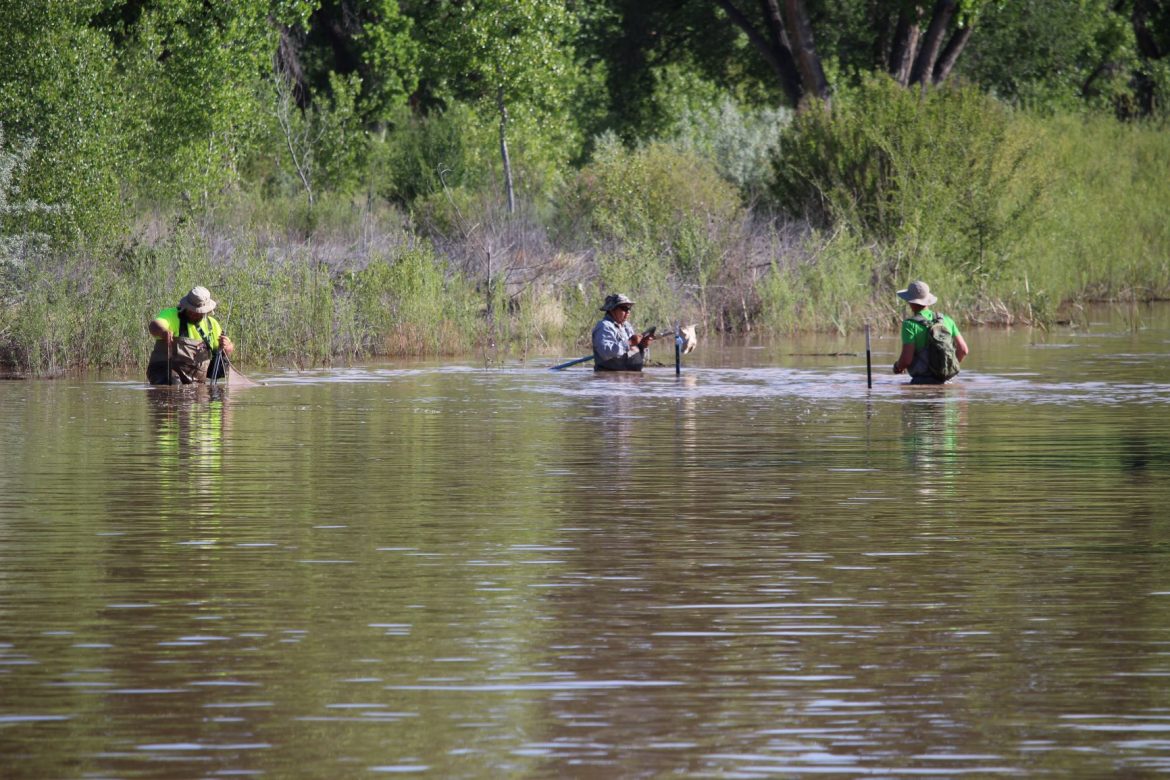 What do they all have in common?

So grab a snack and strap on your reading glasses. There is a ton of environmental news this week. Usually, only email subscribers get to read the entire review, but we’re feeling generous this week. (That said, you really should subscribe to the free, weekly email.)

• Copper Flat Mine near Hillsboro, N.M. operated for a few months in the ’80s. The BLM released its EIS over the mine’s proposed re-opening. But there are so many other moving parts, too. Including a court battle over water rights. We’ve got a story on all that.

• This week, environmental, tribal and community groups won a significant victory in federal court. According to a judge’s ruling, the U.S. Bureau of Land Management needs to better consider the impact of oil and gas wells on water resources in northwestern New Mexico. Rebecca Moss has the story for the Santa Fe New Mexican. And to read the ruling for yourself, visit here.

• The Albuquerque Journal reported that the Nuclear Regulatory Commission denied requests for a new hearing about a proposed commercial nuclear waste storage facility in southeastern New Mexico.  Bloomberg covered the issue, too, writing that the federal regulators “dealt a blow to opponents of Holtec International Corp.’s proposal to store commercial nuclear waste in southeastern New Mexico by rejecting a hearing on their safety and environmental concerns.”

• The Santa Fe New Mexican and KOB-TV reported on a blowout of an acequia in Nambé.

• The Santa Fe Reporter’s Leah Cantor has a lovely story about the history of camels in New Mexico. Yes, camels.

• According to KRWG, Cannon Air Force Base partnered with The Conservation Fund to protect 48 square miles of land next to the Melrose Air Force Range.

• In Clovis, an underground storage tank is leaking from an old Allsup’s, and there’s a growing plume of gasoline underground. There was a public meeting on the spill and possible remediation this week. KRQE had a story earlier this month.

• We covered a student protest in Albuquerque Friday afternoon. Elementary, middle school and high school students rallied at UNM and took to the streets near Central and Carlisle to bring attention to adult inaction on climate change. Andrew Gunn of The Daily Lobo was there, too, and so was the Albuquerque Journal.

• The Albuquerque Journal’s Scott Turner and Robert Browman teamed up on a story about this year’s spring runoff on the Rio Grande and how it’s affecting farmers in Socorro County.

• Indeed, the Rio Grande is wild and high right now. Tuesday, I ran into contractors seining for silvery minnows in some of the flooded backwaters of the river through Albuquerque. As we reported recently, it will be a good spring for the endangered fish.

And as irrigation operations kick off in southern New Mexico and Texas, even the stretch of the river below Elephant Butte and Caballo reservoirs will be flowing. As exciting as that is, it always blows me away that the 100 or so miles of the Rio Grande in N.M. between Caballo and Mesilla are dry, except for when the river channel is used to deliver irrigation water.

• The Journal’s Kevin Robinson-Avila covered PNM’s quarterly earnings, which are up 59 percent. According to his story, that’s due to a rate hike, lower outage costs, improved earnings from investments—and most of all, increased customer demand.

• The Wall Street Journal has a story about the “bidding war” for Anadarko Petroleum, and what that says about the Permian Basin, the “heart of the U.S. fracking boom.” (Occidental won the war, by the way.)

To stray into Texas for just a while longer….

• The Texas Observer covered two bills currently moving through the Texas Legislature, that would charge activists engaging in civil disobedience at oil and gas facilities with a felony.

• The Texas Observer also turned its attention toward the Trump administration’s revival of “the dream of walling off flood-prone Starr County.” Most of that 63-mile wall would run through the Rio Grande floodplain. And it’s a proposal, according to the story from Gus Bova, “that South Texas landowners and border-wall opponents view as reckless and absurd.”

• At the Associated Press, Russell Contreras wrote about a new documentary, “The River and the Wall,” about the Rio Grande’s border.

• If you subscribe to this email, I’m sure you’ve already read plenty of coverage of the United Nations report this week showing that one million plant and animal species are on the verge of extinction. The Los Angeles Times also reported on surging levels of methane, a greenhouse gas even more potent that carbon dioxide.

• Meanwhile, The Washington Post reported that during meetings of the Arctic Council, U.S. Secretary of State Mike Pompeo “objected to climate change action references in a key Arctic policy statement, and instead preferred to highlight potential advantages of global warming for global trade.”

What exactly did Pompeo say? “Steady reductions in sea ice are opening new passageways and new opportunities for trade. This could potentially slash the time it takes to travel between Asia and the West by as much as 20 days.” And: “Arctic sea lanes could become the 21st-Century Suez and Panama Canals.”

The BBC reported that U.S. objections to language about climate change, and U.S. attempts to “water down” the council’s annual joint statement, caused the council to cancel its statement, for the first time in its 23-year history of meetings.

• Meanwhile, the BBC also reported on a new study from Stanford University researchers, showing how climate change has increased inequality, “dragging down growth in the poorest nations whilst likely boosting prosperity in some of the richest.”

Published in the Proceedings of the National Academy of Sciences, the study is online here.

In the study, Noah Diffenbaugh and Marshall Burke write that the “global warming caused by fossil fuel use has likely exacerbated the global inequality associated with historical disparities in energy consumption.” They continue, “Our results suggest that low-carbon energy sources have the potential to provide a substantial secondary development benefit, in addition to the primary benefits of increased energy access.”

• Oh, and NOAA released April’s average temperature in the contiguous U.S. It ranked in the upper third of the 125-year record, at 1.8 degrees Fahrenheit above average.

•  Don’t forget to subscribe to the weekly email, so that next week you can read all the news. Just click here.

•  Now, log off your computer and head outside toward whatever stream or river you’re closest to right now…