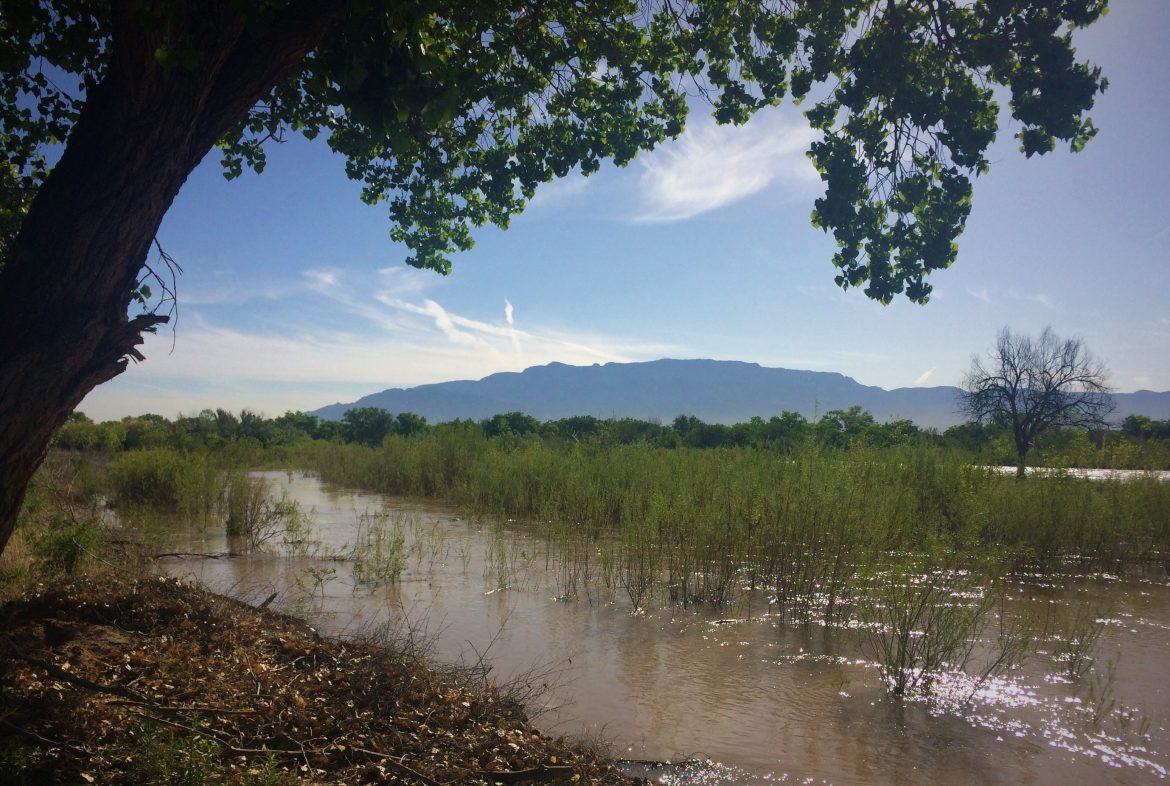 If you’re out and about in the Middle Rio Grande’s bosque right now, there are some things you should know, as runoff continues ripping through the watershed.

This morning, the Middle Rio Grande Conservancy District and the New Mexico Interstate Stream Commission notified local governments and the public that high flows on the Rio Grande and the Chama River are expected to last through June.

“Most of the bosque will be flooded during this time, and water will be against the levees,” the two agencies wrote in a joint press release.

The irrigation district actively monitors its levees, especially older “spoil bank” levees and works with other state and federal agencies to address any seepage or erosion. MRGCD also closed public access to levee roads, drains and the bosque between the southern boundary of the Pueblo of Isleta and Reinken Road in Belen, where construction crews are working on levees. They may temporarily close other areas to public access, too, depending on where levee maintenance is necessary.

The spring runoff this year is anticipated to be the highest in the area since 2005.

Last weekend, New Mexico emerged from Article VII restrictions of the Rio Grande Compact of 1938, which means the state can now store water in upstream reservoirs.

When combined storage in Elephant Butte and Caballo reservoirs drops below 400,000 acre feet, Colorado and New Mexico can’t store water in any of the upstream reservoirs built after 1929. This includes El Vado Reservoir in New Mexico.

The U.S. Bureau of Reclamation is planning for repairs to El Vado’s dam and spillway, but the reservoir will be operating normally this year.

If anyone notices problems, including erosion or water seepage along the riverside levees in the Middle Rio Grande, call 505-247-0234.

Correction: Article VII restrictions do not affect Heron and Abiquiu reservoirs, as the article originally stated. Those two reservoirs are not affected by the Rio Grande Compact restrictions because they either store imported San Juan-Chama water or pass water through from El Vado.