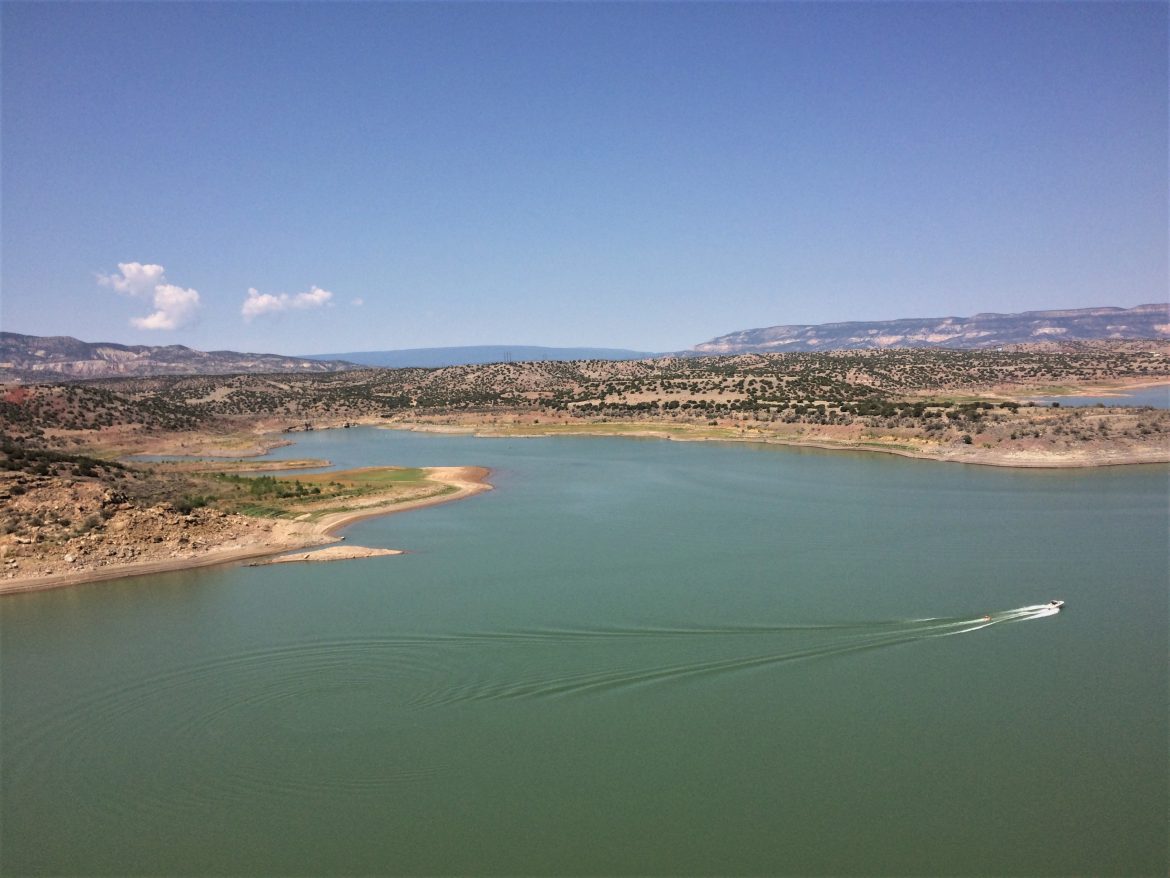 Summertime boating fun is about to start in New Mexico

Holtec International was in the news last month when the U.S. Nuclear Regulatory Commission denied requests from some groups to hold an additional hearing over the company’s license to build an interim storage site in southeastern New Mexico to hold nuclear waste from commercial power plants.

The Camden, N.J.-based company is also hoping the NRC will allow it to buy a closed nuclear power plant in the Garden State so “it can decommission it and gain control over an almost $1 billion decommissioning fund,” according to a May 8 story from the Associated Press.

ProPublica and WNYC have also been looking into the company’s activities. In a story published today, Nancy Solomon and Jeff Pillets report that the company “gave a false answer about being prohibited from working with a federal agency in sworn statements made to win $260 million in taxpayer assistance for a new plant in Camden.”

Also, according to the story:

Holtec’s new factory in Camden is part of a resurgence for the poverty-stricken city pushed by South Jersey Democratic boss George E. Norcross III, who is an unpaid member of Holtec’s board.

Norcross’ brother Philip is managing partner at the law firm that represented the company in its EDA application, Parker McCay.

Sheehan worked closely with Philip Norcross on the Holtec matter, according to the emails obtained by WNYC and ProPublica. The law firm’s work on behalf of several Camden projects is now under scrutiny.

The story, about political connections and tax breaks, is a must-read. (And thanks to a reporter pal in New Jersey who sent it along this morning!)

• The Roswell Daily Record noted the New Mexico Interstate Stream Commission will host a meeting on Thursday, May 30 in Artesia updating the public about the 2003 Pecos Settlement Agreement, which is related to the state’s compliance with the Pecos River Compact. Parties to the settlement include the Carlsbad Irrigation District, the Pecos Valley Artesian Conservancy District, the Office of the State Engineer and the U.S. Bureau of Reclamation.

• On KUNM-FM Thursday morning, I joined three New Mexico water experts to talk about this year’s healthy snowpack and roaring rivers. You can listen to the archived show online.

• The Silver City Daily Pressnotes that the 2019 wildfire season is off to a slow start in Grant County, which is good news. Crews are looking at an “average” year, reports Geoffrey Plant.

• I haven’t come across a news story about it, but the Central Arizona Project announced recently that a $1 million grant from NASA’s Earth Science Division will allow Arizona State University researchers and CAP to work on a “comprehensive evaluation of climate and land use changes” in the Colorado River Basin. More info here.

• Tris DeRoma at the Los Alamos Monitor reported that workers at Los Alamos National Laboratory destroyed an “unstable” bottle of hazardous waste in a “contained explosion” in May. Meanwhile, the Albuquerque Journal’s Mark Oswald covered a recent study that “casts serious doubts on the potential success of any of the options considered by the U.S. Department of Energy for meeting mandates on the manufacture of plutonium cores for nuclear weapons – most of them involving Los Alamos National Laboratory.”

• The battle continues over who will pay for the power line to Facebook’s Los Lunas facility. Steve Terrell reports for the Santa Fe New Mexican, and Kevin Robinson-Avila has been following the issue for the Albuquerque Journal.

• The Associated Press’s Susan Montoya Bryan reported on a failed effort by some PNM shareholders to get the utility to share more information about coal ash waste from the San Juan Generating Station. From her story:

The investor-owned utility argued that a separate report on coal ash is unnecessary because it discusses the waste in filings with the U.S. Securities and Exchange Commission.

While the utility contends it’s not responsible for the waste once it’s transported from the San Juan plant, some shareholders and environmentalists have concerns about future liabilities and decommissioning costs once San Juan closes in 2022.

• This month, the Albuquerque Journal has been covering the Rio Grande’s high flows, most recently with a story warning people how to keep tragedy at bay this Memorial Day weekend.

So, yes, of course, I want you all to be careful, this weekend and always. Right now, as the Rio Grande is up so high, conditions aren’t right for many people to be boating or swimming. And it’s important to remember even when walking through the bosque, that the water coming over the banks might be higher than you realize.

But that doesn’t mean to be afraid of the river, or skipping out on a stroll along our rivers and streams this year. A year like this one should not be taken for granted!

And remember: Even though wearing a PFD or life jacket is mandatory only for kids under 12 in New Mexico, there’s really no good reason for those of us 12 and over to not wear them, too. (Really, I’m serious. And most of the new PFDs have pockets. What’s not to love about that?)

Don’t forget to subscribe to the weekly email, so that next week you can read all the news on Thursday morning. Just click here.