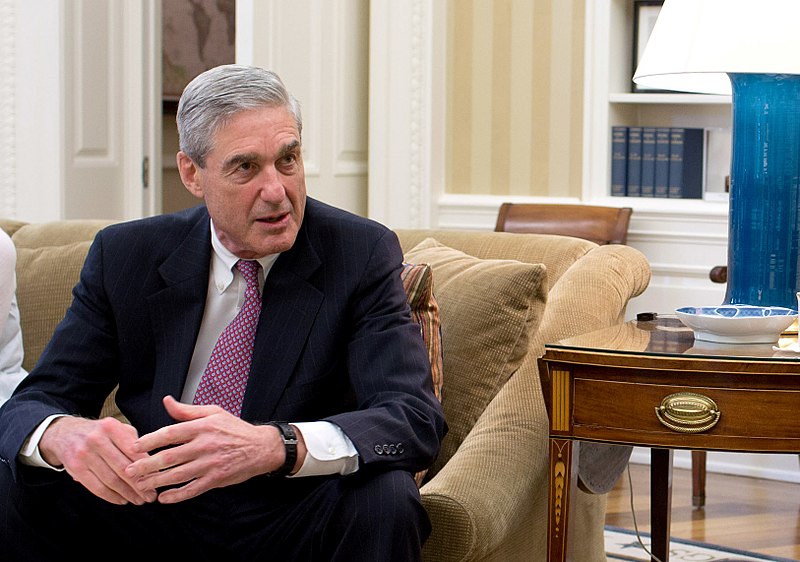 Robert Mueller, the special counsel who investigated President Donald Trump, spoke publicly Wednesday morning for the first time since he began the investigation in 2017.

Mueller also said, “the report is my testimony” and that he would not provide any additional information to Congress.

After Mueller’s televised statement, NM Political Report asked all three of New Mexico’s members of the House and both U.S. Senators these questions:

Here are the full responses NM Political Report received. We will add responses from the other members if they are sent.

I’ve read the full Mueller report, and it — along with Robert Mueller’s public statement today —have made it abundantly clear that the president has engaged in deeply disturbing misconduct and is not fit for the office he holds. For now, I believe that the American people will end President Trump’s time in office when they go to the polls in less than eighteen months, which would be best for the long-term health of our country. In the meantime, the facts are indisputable and they demand close attention from every American — and from Congress. Although department policy prohibited the special counsel from recommending criminal charges against a sitting president, his report has presented the American public with a strong body of evidence to suggest obstruction. Now, it falls to Congress to determine next steps. All options should be on the table.

Congress must continue to follow the facts – wherever they may lead — and conduct rigorous oversight over the Trump administration to ensure full transparency. Already, the president has directed his administration to obstruct congressional oversight, block witnesses from testifying, and refuse lawful subpoenas on a scale not seen since President Nixon. Any further attempts by President Trump to stonewall Congress or run out the clock on subpoenas are an attack on congressional authority and will not be tolerated. We are a coequal branch of government, and it is our constitutional duty to hold this president accountable for his lawless behavior. I am also mindful that impeachment proceedings begin in the House, whereas the Senate serves as the judge, and so for now I believe Congress and the courts must continue to follow the facts to ensure accountability and the strength of our democracy in a deliberate but urgent way.

Note: He indicated he read the report.

2. “There is clear evidence of wrong doing. With what we know today, I am deeply concerned that there are real corruption and criminal issues.”

There is a mass cover up going on at the White House. The obstruction and disrespect for Congress’ role as an equal branch of government is simply unacceptable. Add to that the temper tantrum we all witnessed when Trump refused to work with Congress on a critical infrastructure bill until he gets his way. This is no way for the President of the United States to act. Since I was elected, we have been working diligently for the people. Our role is to hold the president accountable and to work for the American people. I will continue to fight for more aggressive oversight of this President by Congress, so we can build a strong case for impeachment and ensure the American people know the truth.

Note: The following statement is through a spokesperson.

Congressman Luján read the Mueller report when it was first released and, like most Americans, was deeply disturbed by the Special Counsel’s findings that Russia interfered in our elections and that the president attempted to obstruct that investigation. As the House continues its constitutional oversight responsibilities, Congressman Luján believes that nothing should be taken off the table.