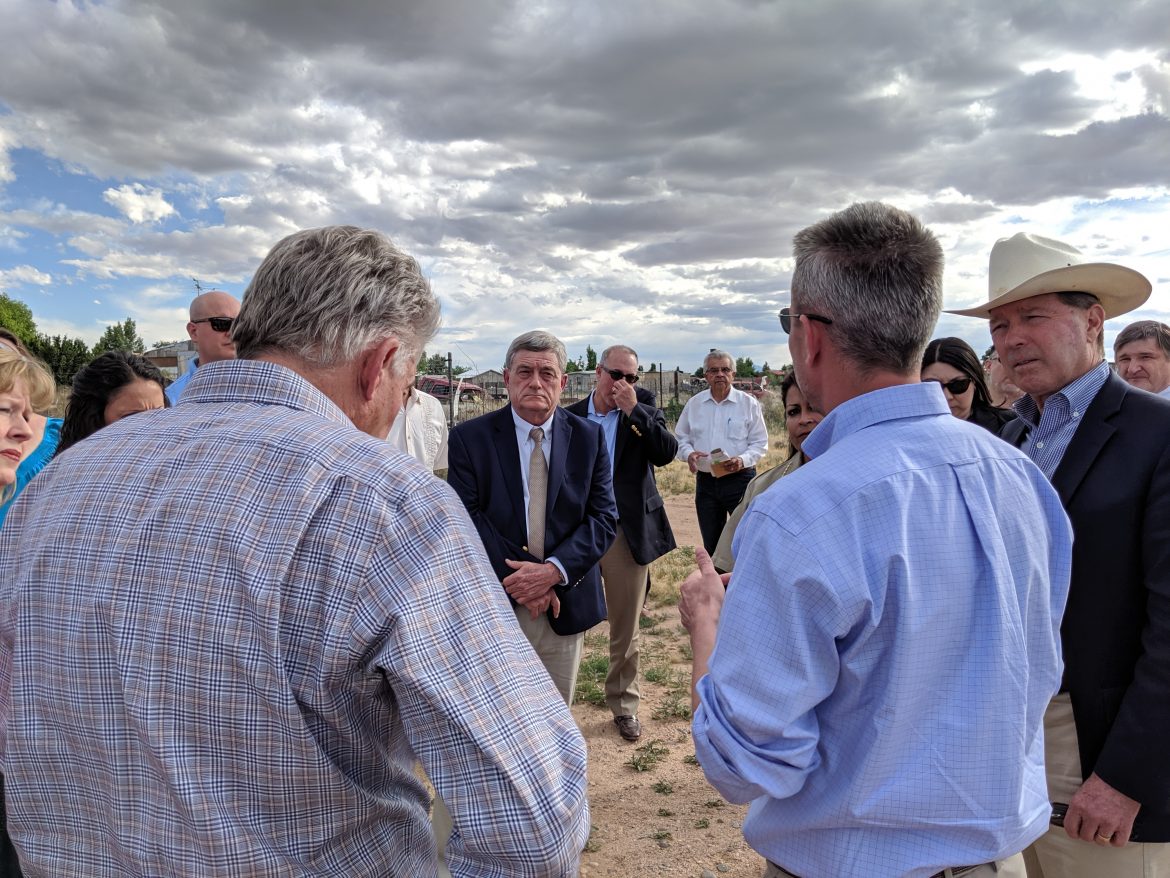 New Mexico faces challenges in getting a full and accurate count for the next census—and for receiving the federal funding that comes with it. So the state, and others, are getting ready in advance of the 2020 census.

As part of the preparations, U.S. Census Bureau Director Steven Dillingham traveled to New Mexico this week and met with stakeholders and public officials, including both U.S. Senators who represent the state.

As part of his trip, Dillingham traveled with U.S. Sen. Tom Udall and local elected officials and stakeholders in a remote part of Los Lunas on Tuesday.

The community was an example of a hard-to-count area of the state.

And that’s after finding the house. Many roads are unmarked and the layout of trailers or other houses can be confusing to those not familiar with the area.

This is why they seek what one stakeholder called “hyperlocal trusted resources.” These can be newspapers, like the Valencia County New-Bulletin, or a local grocery store, like the Mana Mart, whose owners are well-known to those in the community. By seeking out these resources, census workers can get a more accurate count.

Dillingham agreed that cooperation, including with local officials, will be important in 2020.

“We’re going to be working with the county and city governments and the local complete count committees,” he told NM Political Report.

What the census does

The census takes place every decade, as outlined in the U.S. Constitution, and seeks to count every resident of the United States. The results are used to draw lines for elected representation like members of Congress and local offices—but also to distribute federal resources.

“It has direct impacts on people’s lives in terms of resources that come to the state for things like health care and transportation,” explained U.S. Sen. Martin Heinrich on Thursday.

Gov. Michelle Lujan Grisham agreed that an accurate count is needed—and highlighted efforts by the state to make it happen. She also said she was “glad” that Dillingham appeared in New Mexico.

“It is essential that the 2020 Census accurately and fairly reflects New Mexico’s population in order to ensure that our state receives every federal dollar to which we are entitled,” she told NM Political Report in a statement. “New Mexico is starting early, establishing the Complete Count Commission to promote the Census and ensure that resources are focused on hard-to-count areas, of which there are many across the state.”

The state has allocated $3.5 million to help with the count and the Complete Count Commission effort.

One is the Donald Trump administration’s proposed question about citizenship.

The controversial addition to the census questionnaire would be the first time in decades that such a question was asked—and with the Trump administration’s hardline stance on immigration, the fear is that this addition would depress responses and so provide an inaccurate count.

The debate over the question has reached the U.S. Supreme Court. Dillingham said he expects the court to rule by the end of June on whether or not the question can legally be added.

“We’re ready to proceed either way, consistent with the court’s decision,” Dillingham said.

For his part, Udall opposes the question’s inclusion in the census.

And Heinrich sought to reassure undocumented residents that the information could not be used by law enforcement.

“If you’re responding to the census questionnaires, whoever’s answering, we need an accurate count in that,” Heinrich said. “And that data is not shared in any way with law enforcement or immigration enforcement.”

Dillingham said that they swear an oath of confidentiality of the information and “if we violate that, we can go to prison for a long time and pay fines that none of us can afford.”