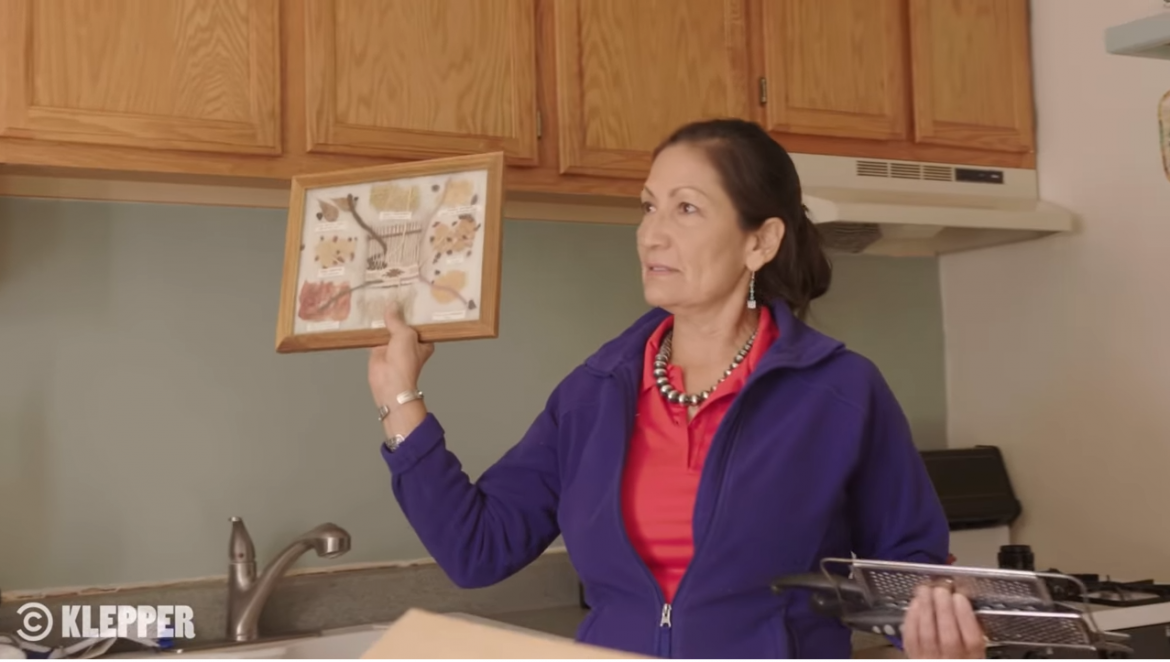 Screenshot of Deb Haaland on "Klepper."

U.S Rep. Deb Haaland appeared on the cable network’s “Klepper” to discuss her thoughts on the lack of public visibility of Native Americans.

“I think we’re not talking enough about Native American issues right now,” Haaland said. “Missing and murdered indigenous women is not anywhere near the level of discourse that it should be in our society.”

The show’s host, Jordan Klepper, asked why she would want to try to make change within Congress, which Klepper joked had a lower approval rating than acne.

“I try to look at things as an opportunity,” Haaland answered.

Haaland was briefly featured in the episode, while she packed up her kitchen in Albuquerque in preparation for her move to Washington D.C earlier this year.