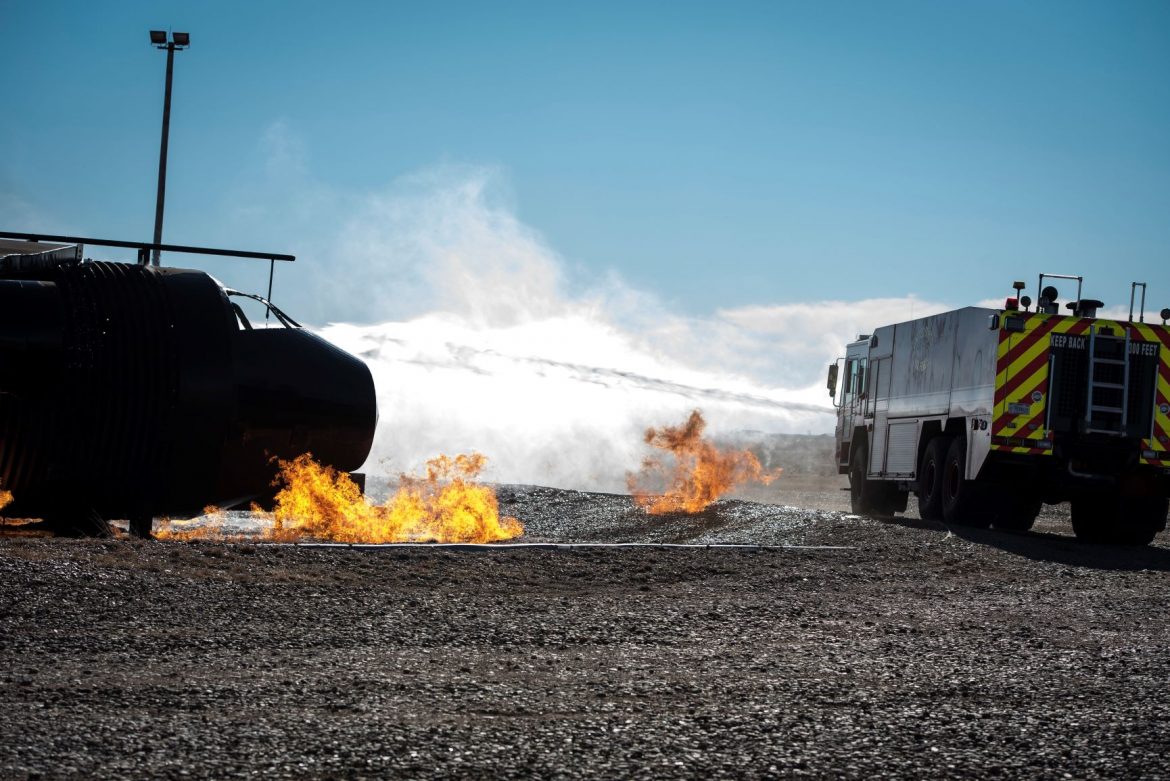 Polyfluoroalkyl chemicals exist in furniture, waterproof makeup and clothing, nonstick cookware, popcorn bags, the foam used to extinguish petroleum fires (which is different from the slurry used across the West to fight wildfires), and countless other items. Known collectively as PFAS, this class of chemicals contains more than 5,000 different compounds that are often called “forever chemicals” because they take so long to break down in the environment. PFAS chemicals are an omnipresent, if largely invisible, part of daily life.

Yet numerous studies have linked exposure to them to cancer, thyroid disease, weakened childhood immunity and other health problems, according to the Centers for Disease Control and Prevention. A 2007 study published in the journal Environmental Health Perspectives estimated that PFAS are in the blood of 98% of Americans.

Because the Environmental Protection Agency does not regulate PFAS chemicals, states are left not only to research and track them, but also to develop regulations to clean up already dangerous levels of pollution. And, according to recent data from the Social Science Environmental Health Research Institute at Northeastern University and the Environmental Working Group, the West isn’t doing a great job.

Bill Walker, with the Environmental Working Group, a nonprofit environmental advocacy organization, says that, by and large, Western states are lagging far behind, not only in PFAS regulations, but also in monitoring. “The scope of this problem is growing — not because our exposure to PFAS chemicals is growing, but because we’re finally becoming aware of the persistence of these compounds in our lives,” said Walker. “Because there is so little action from the EPA on this, addressing this crisis falls to the states.”

People can be exposed to PFAS chemicals through household cooking items, or simply by eating popcorn out of the bag after microwaving it. But the greatest source of concern involves military bases, fire departments and airports, where the chemicals are used for extinguishing petroleum fires. That leaves high levels of PFAS chemicals in close proximity to public drinking-water sources. According to recent data compiled by EWG and the Social Science Environmental Health Research Institute at Northeastern University, 610 areas in 43 states have confirmed PFAS contamination. The researchers estimate that the drinking water of approximately 19 million people is tainted.

In the West, PFAS contamination has been confirmed in water supplies in Alaska, Arizona, California, Colorado, Idaho, New Mexico, Oregon, Utah, Washington and Wyoming. But only Colorado, California, Oregon and Washington regulate the chemicals, and among those, only California requires that public water systems monitor their levels.

Most Western states are already facing the consequences of contamination: Municipal water managers are scrambling to address high PFAS levels in drinking water, even as communities experience their health impacts, such as higher rates of kidney and testicular cancers. Still, very few have passed laws that track or regulate dangerous PFAS levels. “Northeastern states are ahead of most other states in monitoring and tracking this contamination,” said Phil Brown, the project director of Northeastern University’s PFAS monitoring project. “But in reality, if you look for it, you’ll find it most everywhere.”

Industry representatives say that while they support more oversight, a “one-size-fits-all” regulation for the class of chemicals goes too far. On May 22, the Senate Committee on Environment and Public works held a hearing to discuss appropriate legislation for addressing PFAS contamination. PFAS “play a central role in American life and not all are dangerous to public health,” said Kimberly Wise White, a toxicologist for the American Chemistry Council, an industry trade group that advocates for manufacturers of PFAS chemicals. “All PFAS are different; they have different hazard profiles. Some are not water-soluble, for example. It is not scientifically appropriate to regulate as one class.”

Advocates for stronger regulations, however, say that the EPA isn’t doing nearly enough to monitor the problem. And many disagree with White’s suggestion that the chemicals should be regulated on an individual basis, which would allow manufacturers to continue to make money from potentially dangerous chemicals. “The EPA’s current guidelines do not include a commitment to set a drinking water standard, even for a subset of PFAS chemicals that even manufacturers agree are dangerous,” said Suzanne Novak, an attorney for Earthjustice, an environmental advocacy organization.

Meanwhile, ever more Western communities are discovering troubling levels of PFAS in their water. Last month, the water district for the town of Security, Colorado, and the local Pikes Peak Community Foundation filed a $17 million lawsuit against the U.S. Department of Defense for PFAS contamination from Peterson Air Force Base, near Colorado Springs, Colorado. Shortly after that, the Centers for Disease Control identified the area as part of an upcoming study on the impacts of long-term exposure to high levels of PFAS in drinking water, with research due to begin this fall. New Mexico’s attorney general, too, has sued the U.S. Air Force after confirming PFAS contamination at Lake Holloman, on the westernmost edge of White Sands National Monument.

“PFAS chemicals are one of the most complex groups of pollutants out there,” said Chris Higgins, a professor at the Colorado School of Mines, who is researching the effects of exposure in El Paso County. “Once they are in the groundwater, it’s really hard to stop the spread, and treating them is even more difficult.”

Paige Blankenbuehler is an assistant editor for High Country News. Email her at paigeb@hcn.org or submit a letter to the editor.