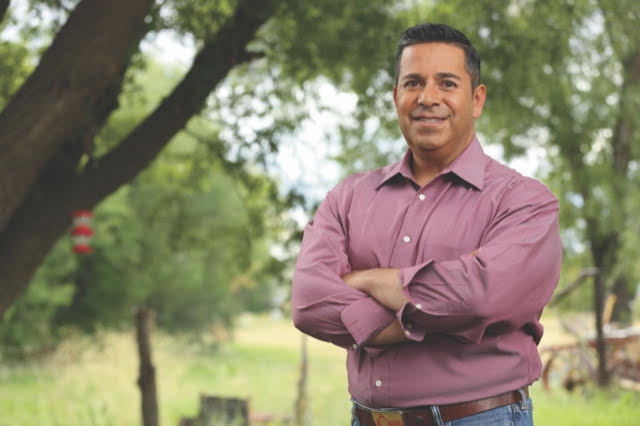 The Assistant Speaker of the House, the fourth-highest position in Democratic leadership in the chamber, made the announcement as he seeks the Democratic nomination for U.S. Senate. His opponent in the primary, Maggie Toulouse Oliver, supports Medicare-for-all.

Luján told NM Political Report between votes on Wednesday that he supports the legislation because it emphasizes “that healthcare is a fundamental right, not a privilege for the few.”

Toulouse Oliver said on Twitter she is glad that Luján “has come on board with the latest issue I’ve supported from Day 1.”

Luján signed onto the bill sponsored by Washington Democrat Pramila Jayapal. Earlier this year, Vox described Jayapal’s effort as the “most ambitious Medicare-for-all plan yet.”

The outlet says the bill has benefits more generous than countries with single-payer healthcare systems like England or Canada and even more generous than the bill sponsored by U.S. Sen. Bernie Sanders, the Vermont independent who is running for President.

Jayapal said she worked with Luján on making sure her bill would allow those who get health care through Indian Health Services and Veterans Health Administration can continue to get healthcare through those programs if they so choose.

Luján told NM Political Report that he helped craft the language protecting IHS and that its inclusion is a reason why he is able to support the bill.

“I appreciate his support and look forward to closely working with Assistant Speaker Luján to ensure health care is a right for everyone,” Jayapal said.

Luján noted that he supports other legislation to expand health care, including a Medicaid buy-in bill, which NM Political Report has covered in the past.

There is currently no date for a vote on the legislation, though Luján says it is his intention for all the legislation that he supports to pass the House.

In recent weeks, Luján has announced progressive stances on issues, including supporting the Green New Deal and saying he will not accept any corporate PAC money.

Toulouse Oliver has also backed progressive causes and criticized Luján for accepting $188,000 before making his pledge against corporate PAC money. Luján said he would not return the money he already accepted.