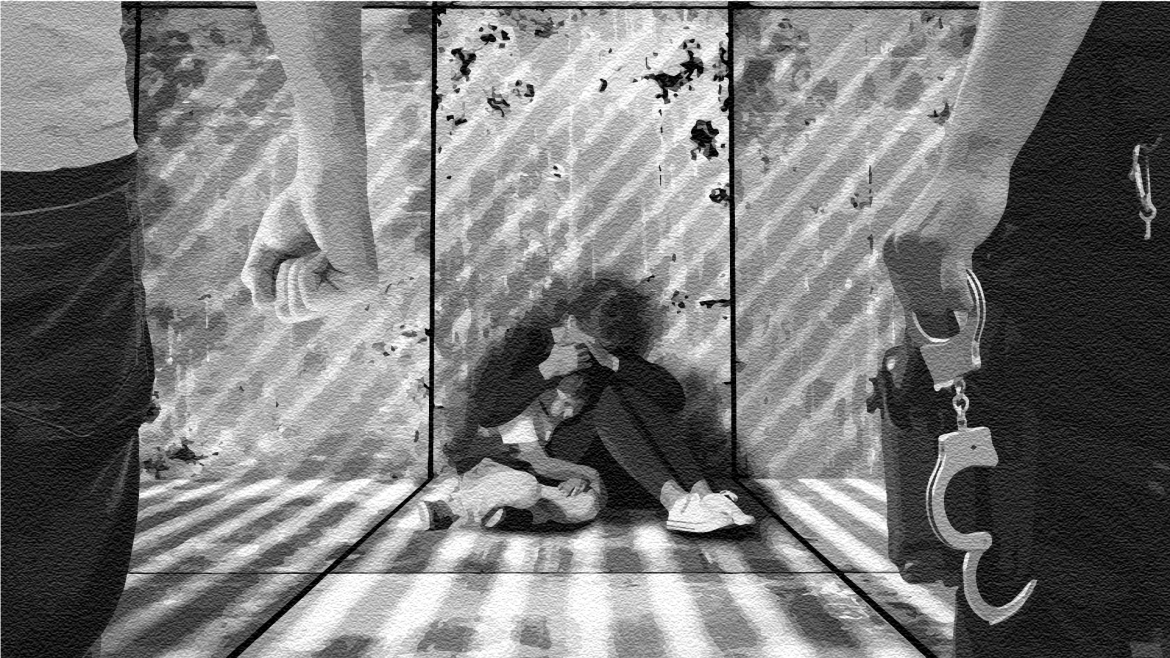 Six years ago, Virginia B. packed a framed picture of the Virgin of Guadalupe, her San Judas statue and two daughters into a blue minivan and made a beeline for the bridge that would take her away from Ciudad Juárez and the brutal beatings of her husband.

As she fled to the U.S. border, her husband, a former Juárez police officer, pursued her in a white pickup, simultaneously trying to run her off the road and demanding she stay, shouting at her through the truck’s window.

Virginia made it through U.S. customs – legally, thanks to a temporary visa – but she wouldn’t go back to Mexico. She took up residence in Hatch. Her husband followed – stalking her, attempting to kidnap her, crossing the border every week to threaten and terrify her.

The ongoing abuse made Virginia eligible for a special “U visa,” available to immigrant victims of crime who suffer “substantial mental and physical abuse” in the U.S. and are willing to cooperate with law enforcement. For undocumented immigrant survivors living in the shadows, the visa offers a path to legal status.

But Virginia has been waiting five years, with no visa in sight. Policy changes under Trump and chronic agency understaffing have stalled the process for tens of thousands of applicants, while newly victimized immigrants are shrinking from applying, for fear of getting caught in the administration’s deportation machine.

In 2018, U visa applications dropped for the first time since the government began issuing the visa in earnest in 2009, falling 6 percent, according to U.S. Citizenship and Immigration Services (UCSIS).

At the same time, a massive backlog of U visa applications has stretched wait times up to a decade – curbing victims’ ability to escape abuse and hampering law enforcement’s capacity to investigate and prosecute violent crime.

“There is an old saying: justice delayed is justice denied,” said Mark D’Antonio, district attorney for New Mexico’s Third Judicial District, which covers Doña Ana County. “Same thing with the U visas. If you have to wait years and you are subject to the vagaries of ever-changing federal immigration law, then what’s the point?”

On a recent afternoon, Virginia sat at her kitchen table in a rented trailer sandwiched between onion and chile fields, her dark brown hair pulled into a ponytail, eyebrows sculpted in symmetrical arches. She curled her fingers into a tight fist, recalling the abuse.

She described how she cooperated with the Doña Ana County Sheriff’s Office to document her ex-husband’s 35 official violations of a restraining order. (A victim’s advocate familiar with Virginia’s case said there were as many as 50 violations that Virginia decided not to report. The ex was sentenced to three months’ jail time in Doña Ana County in 2014 for those violations, according to court documents.)

“The real truth is, you can’t be sure of anything,” Virginia said of the wait. “You just can’t know what can happen with all the laws that they’re passing.”

Two years ago, she was informed that it would only take six more months. But the backlog of pending U visa applications has swelled 300 percent – to more than 134,000 last year from about 33,000 in 2013, according to USCIS.

Domestic violence and sexual assault often go unreported, according to the CDC’s National Intimate Partner and Sexual Violence Survey. The reasons are many: shame, embarrassment, fear of retribution from perpetrators, a belief that victims may not receive support from law enforcement. In households where a survivor is undocumented, the fear of running into immigration enforcement adds to the reluctance.

Law enforcement agencies in southern New Mexico’s most populous border county are actively trying to ease that fear with outreach efforts in schools and Spanish-speaking communities. From Spanish-language radio shows to bike giveaways and school presentations, agency chiefs say their attempts are paying off.

The improved trust in local authorities doesn’t equate to trust in the federal government, however. Law enforcement respondents to a 2017 survey by the National Immigrant Women’s Advocacy Project (NIWAP) at American University reported a more than 20 percent drop over the previous year in immigrants’ willingness to make a police report, participate in investigations or work with prosecutors.

In Doña Ana County, domestic violence shelter La Casa has seen “a huge drop” in clients petitioning for immigration relief including the U visa, according to the shelter’s advocates.

“You have a lot of survivors that are afraid to report and to even reach out to help,” said Jessica Barnhill, a victim’s advocate at La Casa. “The stress is also passed on to the children, knowing that their parents are undocumented.”

In a recent case, four Sunland Park sisters were sexually abused for years by a man they called “uncle.” The girls never told a soul – not even one another – because the worst threat wasn’t what Juan Pablo Garnica allegedly did but what he swore he would do: report their undocumented parents to the Border Patrol, according to a detective’s affidavit.

In May, Garnica, 41, pleaded not guilty in Third Judicial District Court to 16 counts of criminal sexual contact of a minor, criminal sexual penetration of a child, false imprisonment and bribery of a witness in the case of the four sisters.

The affidavit by Sunland Park Det. Daniel Perez details allegations of what the girls endured between the ages of 11 and 16. “Juan threatened to call Border Patrol on her parents if she were to say anything or report him,” Perez stated.

“Certainly, he did have power over them as far as stopping them from reporting any issues – until the 11-year-old made an outcry to her friends first,” he told Searchlight in an interview. “The friends did the right thing to report it to the [elementary] school staff.”

Efforts by local law enforcement to earn the trust of immigrant communities inevitably chafe against the harsh tone and tack of the federal government. Since 2016, arrests of unauthorized immigrants with no criminal record have surged 146 percent in New Mexico and West Texas and 248 percent nationwide.

“That use of fear of deportation as a way to manipulate victims has been always there,” said Leslye Orloff, director of NIWAP. “The difference is the threats have become much more effective.”

The policy changes that have slowed the process for so many U visa applicants stem from the implementation of Trump’s earliest executive orders on immigration.

The government is demanding more records, more evidence, more proof of trauma and documented treatment. When any one of these elements is missing, USCIS now says it has the right to deny applications outright. What’s more, immigration judges no longer have the same discretion to continue cases – that is, put off a decision – while a U visa is pending.

Attorneys fear this will lead to more victims being deported.

“They are being incredibly strict on the requirements of showing that a victim’s trauma is ongoing as a result of the domestic violence or the crime they suffered,” said Imelda Maynard, attorney with Catholic Charities of Southern New Mexico.

“They want to see the client is in ongoing therapy,” she said. “That is unrealistic. They’re undocumented, and they don’t speak English. Finding free, Spanish-speaking mental health services is really difficult.”

For its part, U.S. Immigration and Customs Enforcement maintains that little has changed in its policy around protecting victims of crime. In an email, the agency told Searchlight that two memos that protect immigrant crime victims from deportation, dating to 2009 and 2011, remain in effect.

“ICE has long recognized the importance of victims and witnesses and the critical role they play in successful investigations and prosecutions,” ICE said in the statement.

USCIS is taking an average of four years to adjudicate U visa applications. Getting the visa can take many years more, thanks in part to an annual cap on U visas of 10,000 – a limit advocates say doesn’t reflect the number of crime victims who could be eligible.

When lawmakers created the U visa in the early 2000s, there was little data on immigrant victims of crime; the limit was considered a starting point.

“The cap is absolutely too low for what we have learned since 2000 is the need among immigrant crime victims who could qualify and would cooperate with law enforcement,” Orloff said.

Technically, U visa applicants can be deported and continue to wait for the visa in their home country. But for victims of domestic violence, that can mean leaving children who are U.S. citizens behind with their abuser or burdening a family member. Survivors who have cooperated with law enforcement can end up beyond the reach of U.S. law enforcement’s protection.

For survivors like Virginia, it could mean returning to the place where she is most vulnerable.

“I asked my attorney, what happens if at the last moment this doesn’t work and I get sent back to Mexico?” she said. “I am afraid for my life and even more so for my kids. She told me, ‘All we can do is wait.’”
–Searchlight New Mexico is a non-partisan, nonprofit news organization dedicated to investigative reporting and innovative data journalism in New Mexico.