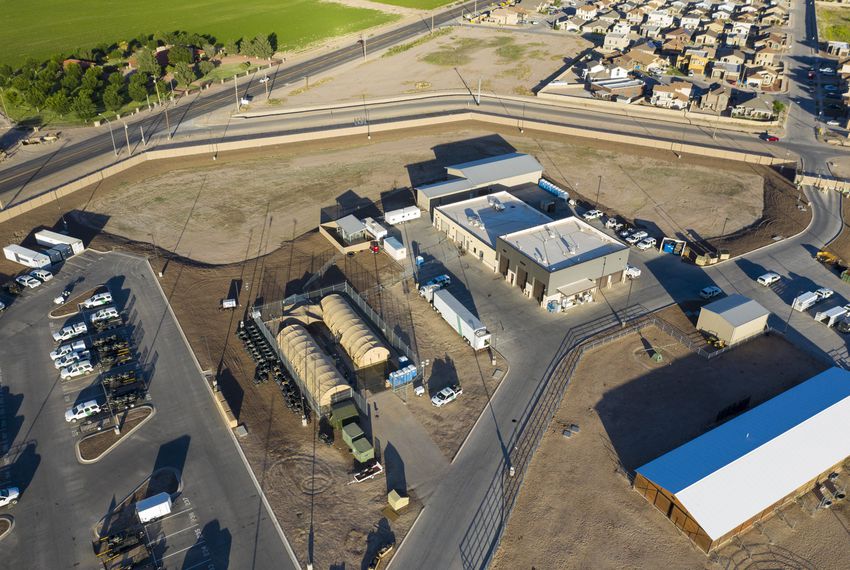 It is unclear why U.S. Customs and Border Protection sent more than 100 children back to the substation in Clint.

“Immigrant children returned to West Texas facility despite reports of squalid conditions” was first published by The Texas Tribune, a nonprofit, nonpartisan media organization that informs Texans — and engages with them — about public policy, politics, government and statewide issues.

Editor’s note: This story has been updated to include a statement from U.S. Customs and Border Protection

EL PASO — More than 100 undocumented immigrant children have been returned to a U.S. Border Patrol facility in West Texas despite reports of deplorable conditions in the small holding facility.

A Customs and Border Protection spokesperson confirmed that more than 100 children had been returned to the facility in Clint, a small town just east of El Paso. The news was first reported by The New York Times.

The facility has been under intense scrutiny after reports surfaced last week alleging children were held without adequate water, food and proper sanitation. The allegations came from attorneys who are monitoring detention conditions under the terms of the Flores agreement, a 1993 settlement that dictates how children and families should be held in detention. More than a dozen children at the Clint facility were reportedly sick, and some were being kept in quarantine, the Associated Press reported.

The Washington Post reported Tuesday that a Customs and Border Protection official disputed the allegations Tuesday morning, arguing that the child detainees in its custody receive “continuous” access to hygiene products and adequate food while awaiting placement in U.S. shelters designed for children. The official told the newspaper that the agency was working closely with the Department of Health and Human Services to move the unaccompanied children to appropriate shelters and that it had cut the number held in Border Patrol facilities from 2,600 to less than 1,000 in the past week.

Customs and Border Protection said in a written statement that the Border Patrol had activated contingency plans to manage the number of unaccompanied children in custody by using additional facilities in the El Paso Sector.

“Due to the transfer of a large number of these children to the Department of Health and Human Services in the past few days, El Paso Sector is currently resuming use of the Clint Station as the consolidated UAC holding facility to streamline transfer to HHS and accommodate separate holding areas based on age and gender,” the statement said. “CBP continues to utilize all available resources to prioritize and care for children in our custody and facilitate their expeditious transfer to HHS custody.”

Federal law mandates that immigrant children cannot be held by Border Patrol for more than 72 hours before they are transferred to the federal Office of Refugee Resettlement agency, which places migrant children in a network of federally-funded shelters. In a statement, a spokesperson for the U.S. Department of Health and Human Services, which oversees the shelters, said it has no role in detaining children and that the Border Patrol’s facilities are overcrowded.

“In partnership, Customs and Border Protection works closely with HHS to transfer [unaccompanied minors] to our custody as soon as a shelter bed is designated in the ORR network,” the statement said. “HHS has significantly increased the rates at which we are discharging children to sponsors (90 days in November to 44 days in May), but [unaccompanied minors] are waiting too long in CBP facilities that are not designed to care for children. This is a direct result of the unprecedented number of arriving children.”

The spokesperson said the agency anticipates a continuing need for bed space as the number of immigrants who are arriving at the border continues to grow.

As of June 10, the Department of Homeland Security, which includes Border Patrol, has referred more than 52,000 unaccompanied minors to HHS this fiscal year, an increase of more than 60% from fiscal year 2018, the agency’s statement says. After receiving nearly 10,000 referrals in May — one of the highest monthly totals in the program’s history — the agency said, “If these numbers continue, this fiscal year HHS will care for the largest number of [unaccompanied minors] in the program’s history.”

This article originally appeared in The Texas Tribune at https://www.texastribune.org/2019/06/25/immigrant-children-returned-clint-west-texas-facility/.