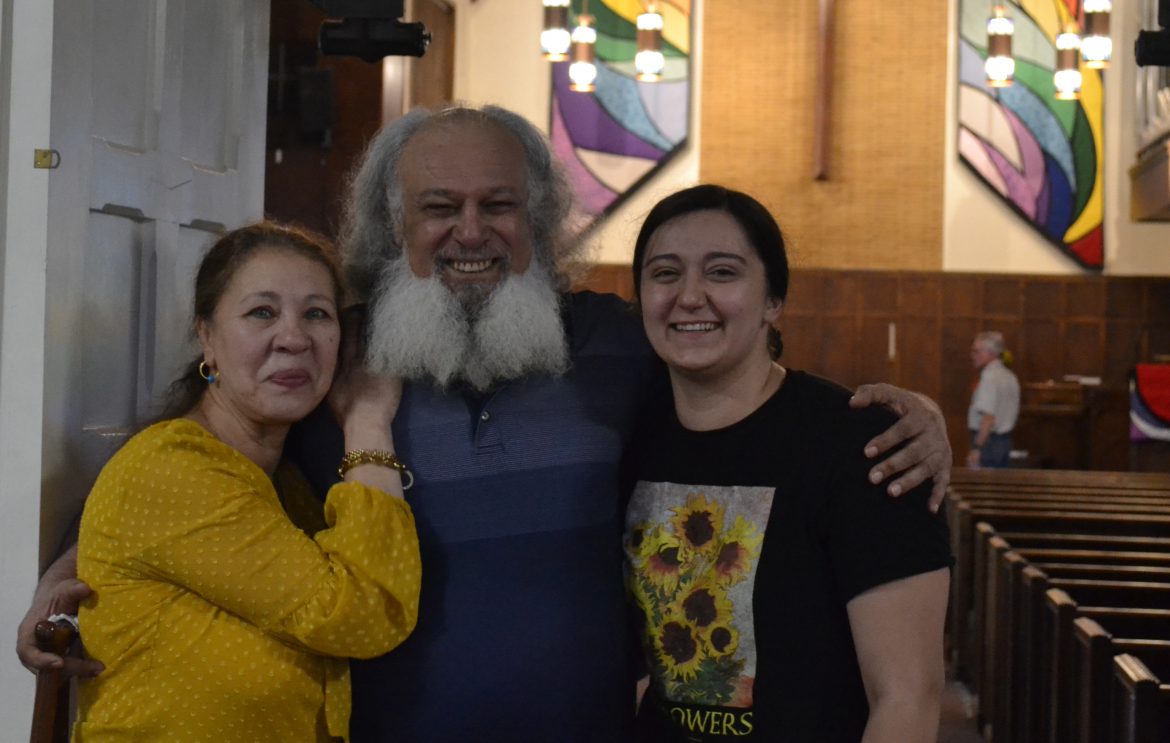 A stressful two-year chapter of Kadhim Albumohammed’s life is coming to a close.

Since July 2017, Albumohammed lived, along with his wife and daughter, in the basement of the First Congregational United Church of Christ in Albuquerque. On Wednesday afternoon, he addressed a crowd of about two hundred supporters after he learned that he can finally leave and go home without the fear of being detained by federal agents.

“I love you guys,” Albumohammed told the crowd.

Two years ago he showed up for an appointment with the U.S. Immigration and Customs Enforcement, fully expecting to be detained. But, because of demonstrations by supporters, ICE cancelled Albumohammed’s appointment. But at his next scheduled appointment, Albumohammed’s lawyer showed up with a letter stating that her client decided to seek sanctuary instead. Albumohammed immigrated to the U.S. from Iraq out of fear of retaliation after supporting the U.S. during the first Gulf War. Then, in the mid-1990s, he was convicted and served his sentence for two misdemeanor domestic violence charges related to his then-girlfriend. For years, the U.S. did not deport Iraqi immigrants. But after President Donald Trump’s controversial travel ban from a list of majority Muslim countries, Iraq agreed to take deported Iraqis in exchange for not being included in the travel ban. That meant Albumohammed and many others who had been placed on removal status were at risk of being sent back to countries where they are less-than-welcome. Albumohammed, for example, not only assisted U.S. soldiers in Iraq, but also received a security clearance to work as a linguist for the U.S. government. That, Albumohammed and his attorney said, would likely mark him as a traitor to some in the country.

Now, his lawyer Rebecca Kitson said, his case is being reopened and he gets to go home.

“Just this month we received word that the motion to reopen [his case] has been granted and the removal order has been vacated,” Kitson said to cheers and ululations. “So Kadhim is free to leave sanctuary.”

But, Albumohammed said he’s grown accustomed to the church basement as his home in the last two years and he’s a little uncomfortable leaving. He told the crowd the world outside of the church is new to him.

“Here, I know everything,” Albumohammed said.

After he addressed the crowd, Albumohammed told NM Political Report there were times he considered turning himself in.

Two years in seclusion also prevented him from being with family for celebrations and personal tragedies. Albumohammed experienced one of his sons wedding through video chat. And when another son died, Albumohammed decided not to follow his son’s body to a nearby mosque out of fear that ICE would detain him.

Albumohammed’s wife Reham Majeed and their daughter Courtney shared the small, three room living area. Courtney told the crowd how happy she was that her father chose to seek sanctuary.

I think sanctuary is a very important thing,” Courtney said. People need to understand it gives people the right to be with their families.”