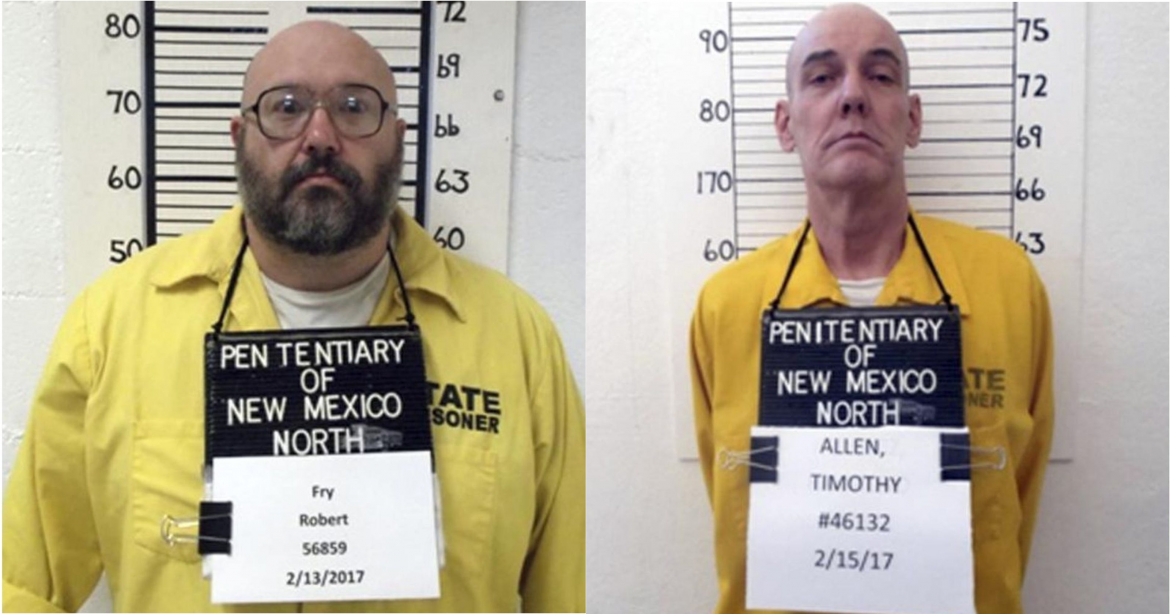 The New Mexico Supreme Court vacated the death sentences of the final two inmates on death row Friday, ruling the sentences were not in line with sentences for similarly “horrendous” crimes.

The court sent the cases of Timothy Allen and Robert Fry back to district court in San Juan County to instead impose sentences of life in prison.

Both Allen and Fry were sentenced under the 1979 law which allowed for prosecutors to seek the death penalty in certain cases.

Vigil wrote that the court commuted the sentences because “a death sentence must not be imposed if it is disproportionate to the penalties imposed in similar cases.”

Vigil wrote that when comparing the sentences of the two “to other equally horrendous cases in which defendants were not sentenced to death, we find no meaningful distinction which justifies imposing the death sentence upon Fry and Allen.”

In her dissent, Nakamura wrote that the majority opinion’s contention “that, because so few offenders in New Mexico have ever been sentenced to die, no offenders shall ever again be sentenced to die” was an error.

Nakamura also wrote the majority opinion “strays beyond” the authority given to the court.

The three retired justices remained on the case because they were on the court when it was initially heard half a decade ago.

Republicans have sought to reimpose the death penalty for those who kill police officers or children in recent years. In 2016, the effort passed the state House but gained no traction in the Senate.

However, since Democrats retook the House in 2016, legislative efforts have died quickly in legislative sessions.