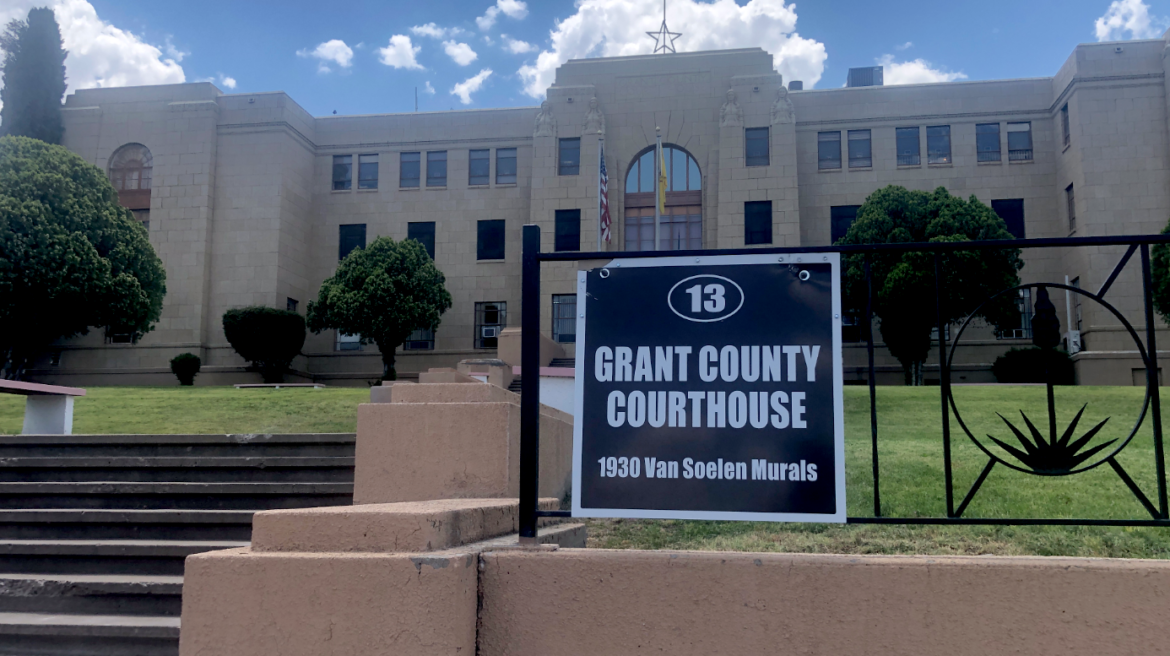 On Monday evening, Baur emailed to say, in fact, his office had hired a private attorney, Keren Fenderson, to file a motion on Estevez’s behalf without informing Estevez. In a telephone interview Tuesday, Baur confirmed that he was unaware of the arrangement at the time of the interview with Proctor.

Francesca Estevez is too poor to pay for a lawyer.

That’s according to state District Judge Douglas Driggers of Las Cruces, who made the finding in a May 1 court order appointing the public defender’s office to represent Estevez as prosecutors pursue alleged violations of the Government Misconduct Act against her.

The judge didn’t ask Estevez for any proof — and she didn’t offer any — that she is “indigent,” despite earning $120,000 a year as district attorney for Grant, Luna and Hidalgo counties, according to people familiar with the case and New Mexico In Depth’s review of the file.

Driggers’ order surprised Bennet Baur, the state’s chief public defender, who learned of the appointment from a reporter in mid-June.

Baur described the move as “concerning” and questioned whether Estevez would qualify for the public defender’s services given her salary.

“Our job is to represent poor people, people who can’t afford an attorney,” Baur told New Mexico In Depth, describing the mandate for his taxpayer-funded office spelled out in state law. “Those who can afford an attorney should hire one.”

The appointment comes as New Mexico’s public defenders struggle to fulfill their constitutional duty to serve clients. Baur was held in contempt of court and his office was fined in late 2016 for failing to provide lawyers for indigent defendants in Lea County. He told lawmakers on the interim Courts, Corrections, and Justice committee last September that the public defender’s office lacks the minimum resources necessary to meet current needs in the state, according to the committee minutes.

A modest budget increase — the public defender’s office got a 4% bump this year — has helped, Baur said, but resources remain thin. That’s why representing an elected prosecutor who earns a six-figure, taxpayer-funded salary doesn’t quite sit right for him.

“We need to make sure that we use the resources to represent people who need us,” Baur said. “That’s our responsibility.”

Estevez had private counsel for nearly three years as the state Attorney General’s Office prosecuted her on a series of charges stemming from a June 2016 incident in which she allegedly intimidated Silver City police out of investigating her for drunken driving.

She eventually pleaded guilty to reckless driving and disorderly conduct, but Driggers dismissed counts alleging she had abused her position during and after the incident. The AG’s office has appealed the dismissal of one count alleging Estevez had violated a law governing “ethical principles of public service;” that’s what kept the case alive and eventually led to Driggers’ order in May.

In April, James Foy, who had been Estevez’s lawyer throughout the case, withdrew after he was appointed to a judgeship. A few days later, on April 24, Estevez filed a court motion through another private attorney, Albuquerque-based Keren Fenderson, claiming her indigence and asking Driggers “for appointment of appellate counsel and free process.”

The one-page document does not describe the two-term DA’s finances. It simply claims she’s indigent — a calculation that would require her income to be at or below twice the federal poverty standards; for a family of four, that’s about $50,000. It’s possible there are exceptional expenses that could make Estevez eligible, but she did not provide proof of any.

The judge declined to be interviewed for this story. His trial court administrative assistant told NMID there was no hearing on Estevez’s motion for indigence and a free attorney, and that Estevez did not present any evidence that she couldn’t afford counsel.

“The judge’s decision was based on the representation in the motion,” the assistant said, adding that she didn’t know whether Driggers was aware of Estevez’s salary.

Neither Fenderson nor Estevez returned messages left by NMID seeking comment for this story.

The public defender’s office has not yet been asked to do any work on Estevez’ behalf, Baur said, even though the case is moving forward after Foy submitted briefings to the state Court of Appeals before he left the case.

If his office is asked to work for Estevez, Baur said he would challenge Driggers’ order.

“The process would be a motion to reconsider the order, and we would do that if it appeared we were realistically being asked to represent this client,” Baur said. “Our motion would ask for some kind of an evidentiary hearing, or that she be ordered to come in and complete the application process.”

That’s how it works in most jurisdictions around the state, unlike in Silver City, where there is no public defender’s office. In such places, judges typically appoint public defenders for indigent defendants after reviewing facts about their income.

“I would be concerned if that was done purposefully,” Baur said of the lack of proof required in Estevez’ case. “Looking at this I think there may have been a misunderstanding or an error made. We handle approximately 70,000 cases a year and sometimes we’re appointed on things, and we can and will challenge those.”

If Estevez were to qualify for a free attorney through the public defender’s application process, a second concern would arise, he said: a potential conflict of interest — prosecutors’ offices and the public defender are, by definition, adversarial entities.