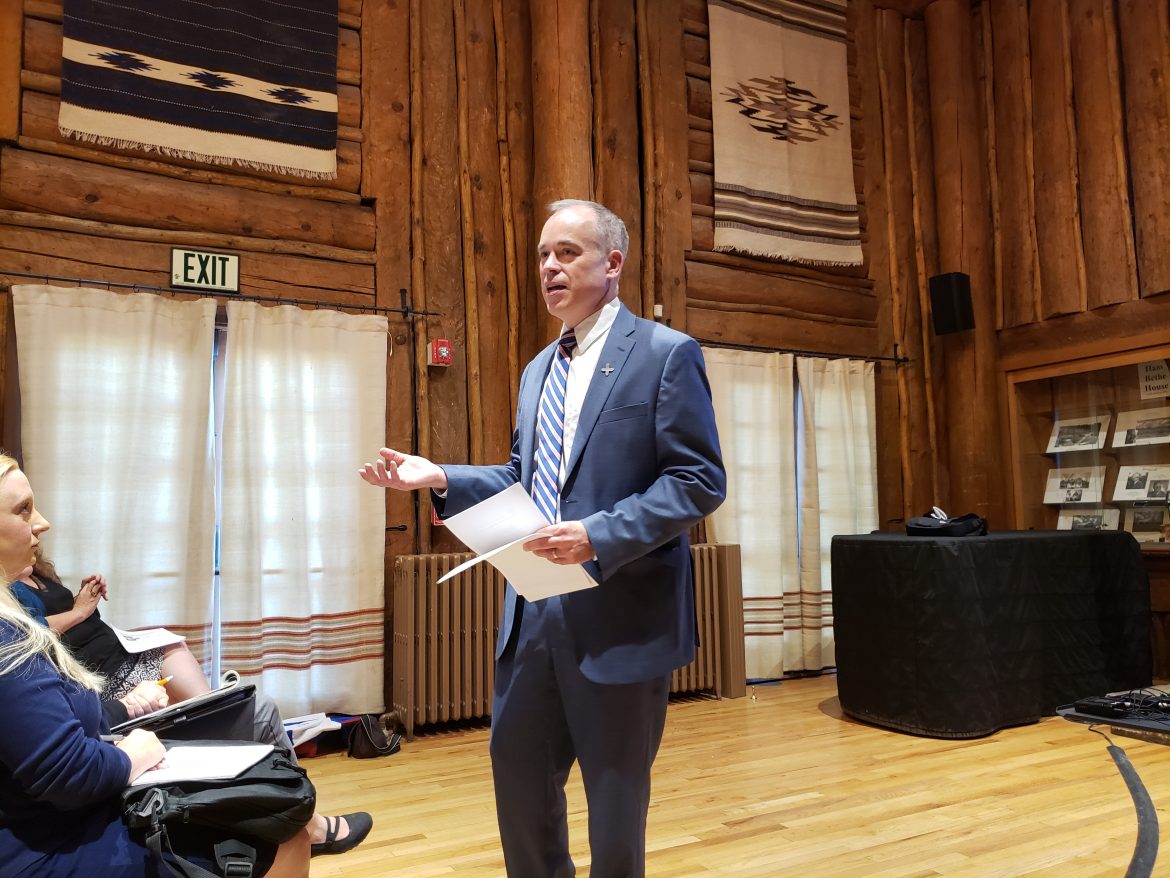 The department held the meeting, the first of a series of public outreach events the department plans to hold this year throughout the state, in part to assuage public concerns around the future of the Oversight Bureau’s field office in Los Alamos.

In June, the department announced a proposal to move the field office to a Santa Fe location. The news was met with immediate backlash from LANL watchdog groups such as Concerned Citizens for Nuclear Safety and Nuclear Watch New Mexico.

Kenney, along with Resource Protection Division director Stephanie Stringer and Administrative Services Division director Michelle Desmond, explained some of the factors behind the contemplated move in a short presentation to audience members.

“[There] was never the intent to decrease oversight, or lessen any compliance or enforcement [over LANL],” Stringer told audience members.

“A lot of people [thought] when they heard we were moving off the hill, that it meant less oversight. There is no doubt in my mind that Secretary Kenney has made it my job to absolutely make sure compliance and enforcement and oversight of these facilities are top priority,” she said.

The three explained the department initially considered the move to Santa Fe because the current field office lease ended on June 30. Stringer said the department considered moving the office to a current NMED location in Santa Fe that could accommodate the employees and their needs within the given two-month timeframe in order to “ensure continuity of the workplace.”

Desmond, who handles leasing for NMED offices, said the current office location does not meet all the ADA requirements, so the staff needed to be moved. But conducting a request for proposal (RFP) and bidding process for a new location in Los Alamos could not be completed in such a short amount of time.

“A normal RFP will take anywhere from six months to a year,” she said. “I had two months.”

Public backlash against the move led NMED to commit to keeping the office located somewhere in Los Alamos county. “Clearly, there was significant interest among the public in moving the office down off the hill and into Santa Fe,” Stringer said. “The current status is to pursue a request for proposal to keep the office on the hill in Los Alamos County.”

Desmond said she is working with the current leasor to accommodate the staff while the department initiates an RFP for the new location.

NMED plans to hold quarterly meetings throughout the state on topics such as PFAS, methane, hemp, produced waters and other issues that the public may want to hear about.