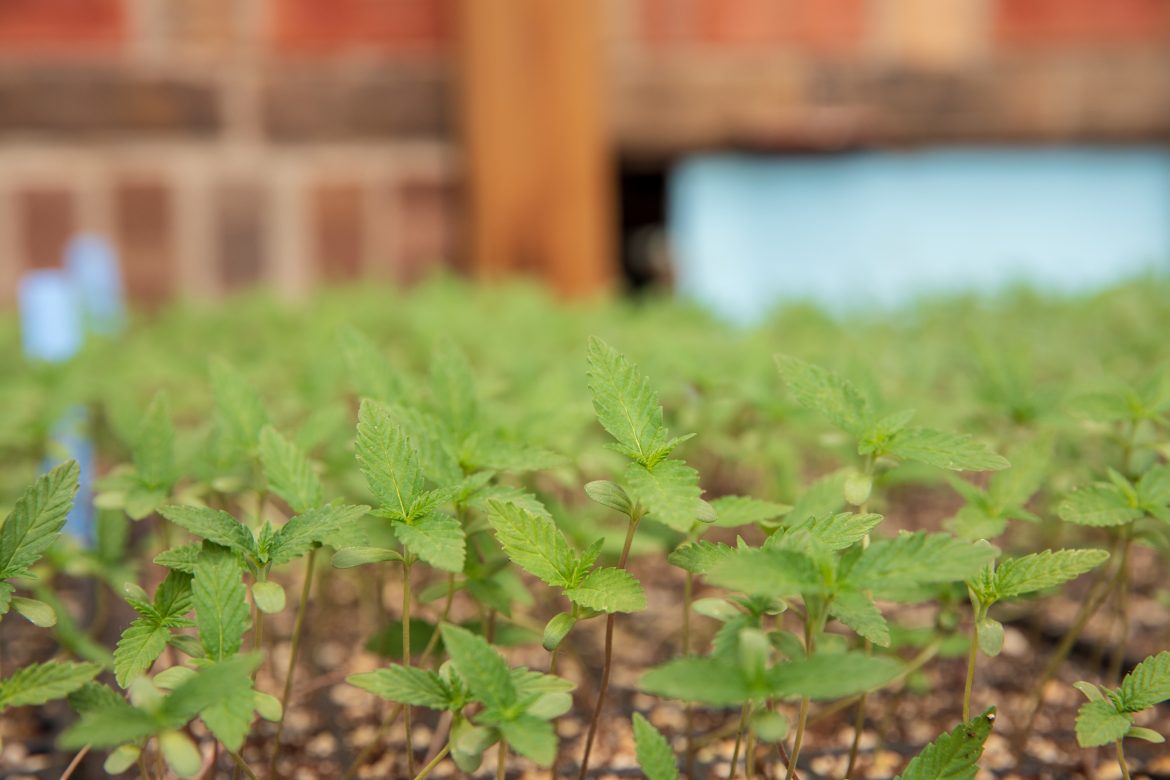 About 150 people gathered in an Expo New Mexico building in Albuquerque on Wednesday to hear about rules for manufacturing, storing and extracting hemp products that go into effect next week.

The meeting was the third, and final, part of a series of meetings the New Mexico Environment Department held over two weeks.

Unlike most public meetings held by state departments on proposed rules or rule changes, the public was not given a chance to give input or suggest changes. Instead it was purely informational.

“This meeting is for us to explain what the rules will be for the next six months in the state of New Mexico,” Hemp Program Manager Johnathan Gerhardt told the crowd.

That’s because there’s hemp almost ready to be harvested in the state before rules to outline permit requirements or guidelines on how to label, transport or store it exist. So the department implemented emergency rules and invited stakeholders to come and ask questions. The informational meeting blitz began on July 16 and the emergency rules official go into effect on Aug. 1.

“We found out after the bill was signed that there was already growing of hemp occuring and it was going to be ready to be harvested and manufactured into products as early as August or September,” Chavez said.

Everyone in the crowd stuck to the ground rules and only asked questions instead of issuing speeches to make their point.

But not everyone could attend.

Hemp farmer Bob Boylan, whose farm is about 30 miles east of Albuquerque, said he was too busy tending his crops to attend the meeting. Boylan started developing his company Roadrunner CBD about two years ago. Now, he’s concerned that NMED pushed through rules without consulting small farmers like himself. Boylan said he assumed the department would give farmers and producers a chance to make their cases.

“Instead it was a mechanism of enforcement,” Boylan said.

Another issue Boylan has with the new rules is how much it will cost farmers like him to grow, store, extract and eventually sell hemp. Under the temporary rules there are three different hemp licenses—one for storage, one for manufacturing and one for extraction—which each cost $1,000. Boylan said he runs a vertically integrated system—which means his company performs every step from seed through consumable product. He said even $3,000 a year can put businesses like his under.

“By enforcing all these new costs, there’s a production curve,” Boylan said. “The players that have five acres or below, which is the majority of stakeholders, they can’t produce enough material to cover the costs.”

It turns out neither can NMED.

Environmental Protection Division Director Sandra Ely said the hemp program is cash strapped since the legislation that created the program did not contain any appropriations. Now, Ely said, the program will have to rely on fees from hemp companies.

“The problem is there’s no resources to get the program up and running,” Ely said. “We need to see what kind of revenue [fees] can allow us to collect.”

A lack of funds also means a skeleton support crew. For example, many of the questions asked of NMED by the crowd required a more complicated answer than “yes” or “no” and the crowd was encouraged to email those questions to the department. But the hemp program doesn’t have a staff of customer service representatives. Instead, those questions are answered by program leaders like Gerhardt, Chavez and Ely.

Boylan has a hard time with the department implementing an emergency rule without input from small farmers.

“To invoke it usually you’d have to have a crisis like twelve people [overdosed] or there’s a bunch of adulterated product, there’s none of that,” Boylan said.

Ely said without an emergency rule, farmers like Boylan wouldn’t have a chance to sell their products.

“Statute requires that all manufactures have a permit and without a rule in place we couldn’t issue a permit,” Ely said.

She expects a permanent rule to be in place before the expiration of the emergency rule at the end of next January. The department will accept public comments and concerns through its website and a true public hearing is expected to be held in October.