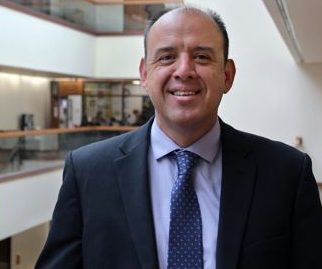 A New Mexico law that allows legal settlements with state agencies to be kept a secret for at least six months may get a makeover in the next legislative session.

General Services Department Secretary Ken Ortiz told NM Political Report his office, which oversees the state’s Risk Management Division, is in the process of creating a working group to address a relatively unknown statute that mandates settlements stay secret for 180 days. The same law that established the Risk Management Division, which often serves as the state’s de facto insurance provider, contains a “confidentiality of records” section, which is often referred to by its citation number 15-7-9 as legal shorthand.

That section of the statute is less than 300 words and is ambiguous about exactly when the 180 days starts. There are four instances in which the law says the clock starts ticking: when “all statutes of limitation applicable to the claim have run,” when litigation is done, when the “claim” is settled or when the claim is in “closed status.”

Ortiz said previous claims filed with Risk Management were sometimes never put into closed status, simply because someone failed to close it in division’s computer system.

The failure to “physically click on a button,” Ortiz said, would sometimes delay the start of the 180 days by an extra six months.

“What we’ve seen when we reviewed settlements is, for whatever reason, it took several months after the final action on that case for the staff to administratively close it,” Ortiz said.

That means a 180-day confidentiality period could easily run for more than a year.  Last year, for example, the New Mexico Corrections Department settled a lawsuit with six women who sued the state, claiming they were sexual assaulted and harassed by their superiors. That case was settled in January 2018, but GSD’s lawyer at the time said claims were not complete until all of the state’s legal bills were paid, which did not happen until six months after the case was dismissed.

Now Ortiz said he’s working with the governor’s office and lawmakers to better define when the confidentiality period starts, and possibly address whether it should even be 180 days.

Mr. Ortiz goes to the Legislature

Ortiz said he was aware of the confidentiality period before he took the job as cabinet secretary, but was not fully aware of the issues it presented until he started getting calls from news reporters—this one included—about settlements.

“We thought, ‘This is truly tax payer money and people have a right to know,’” Ortiz said.

Ortiz said conversations about transparency also came up when State Sen. Sander Rue, R-Albuquerque, and State Rep. Linda Trujillo, D-Santa Fe, introduced a bill that would require the state to post the specifics of all human rights settlements online. Ortiz said he wants to include the two lawmakers in crafting legislation to address the issue. Rue said he was unable to speak on the phone when NM Political Report called him. Trujillo said she was on her way out of town and was unable to comment.

Ortiz also said it’s his understanding that Gov. Michelle Lujan Grisham will add addressing confidential settlements to the list of non-budgetary legislative issues next year. A spokeswoman for Lujan Grisham said the governor has not locked down what will go on that list, but that settlements is an area she hopes the Legislature can address. The 2020 legislative session, like all 30-day sessions, is a budgetary session and any non-financial issues have to be approved by the governor.

The bill that Rue and Trujillo introduced during the last legislative session passed the Senate and one House committee unanimously but never made it to the House floor before the session ended.

A high profile, secret settlement between the New Mexico State Police, its former chief and former officers that stayed secret well beyond 180 days will likely spur conversation and possibly votes next session. But for some, anything short of abolishing the confidentiality period is not enough.

Just get rid of it

Not much is clear about why the confidentiality period was created, accept that its inception was part of the creation of Risk Management. Even Ortiz said he could not find a definitive answer. Last year, NM Political Report spoke with a lawyer who has represented public agencies who said confidentiality periods protect taxpayers from others trying to cash-in.

But government transparency advocates say the state has no business keeping settlements secret at all.

Peter St. Cyr, director of the open government group Open Access New Mexico, said he has been working with GSD and Ortiz on transparency issue. St. Cyr praised Ortiz and dismissed the theory that settlements encourage others to sue the state.

“There is no reason to shield settlements from the public for six months,” St. Cyr said. “We don’t accept the idea that disclosure will set a market rate for other legal cases.”

Randi McGinn, an Albuquerque lawyer who has represented a number of clients against public agencies said it would be nice if the start date of the confidentiality period was made clear—but it would be nicer if it was just gone.

“They should change it completely because it’s our money,” McGinn said. “Why are they ever allowed to keep a settlement with our money a secret for 180 days? They shouldn’t be allowed to do that.”