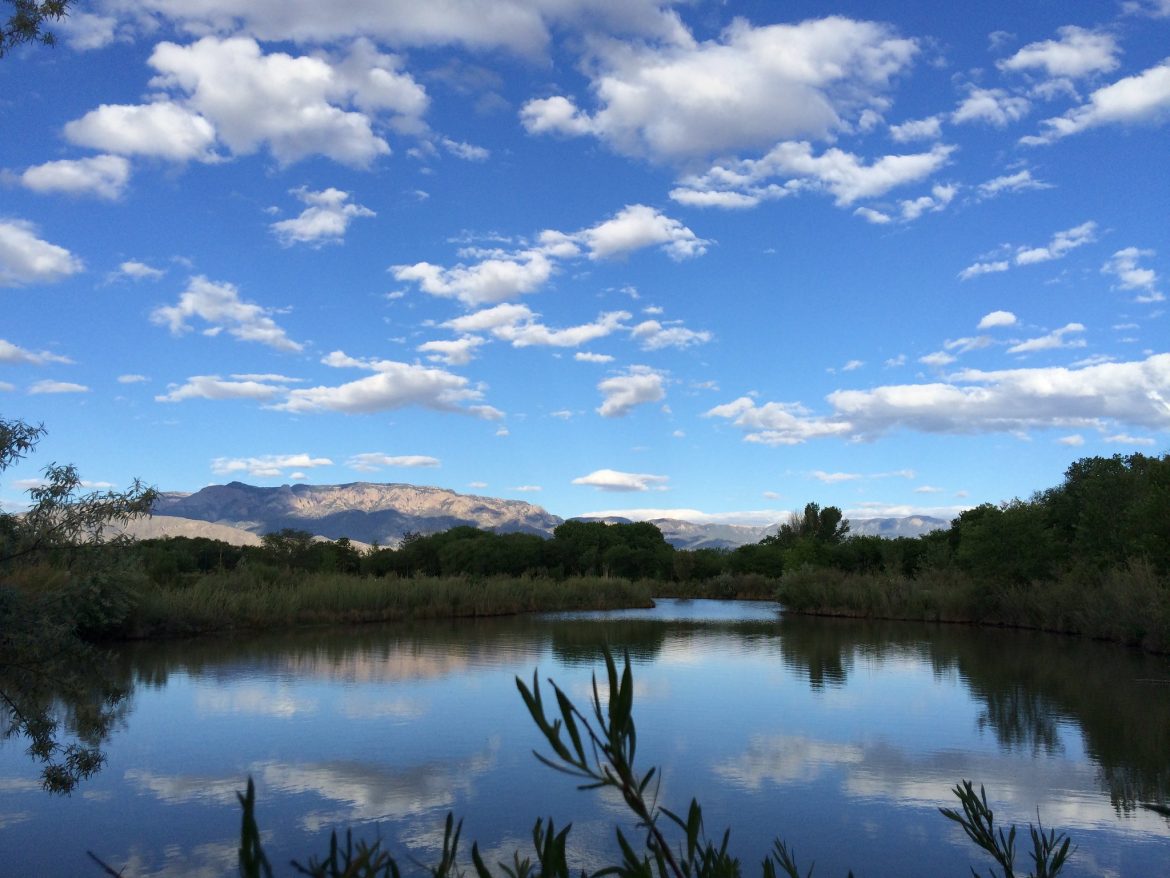 Groundwater levels in Albuquerque are rising at the same time as water sources across much of the West are depleting. New research from the U.S. Geological Survey (USGS) indicates water levels in the aquifer beneath Albuquerque have reached the highest levels recorded since the USGS began mapping groundwater in the area in 2002.

The trend began in 2012, when groundwater levels near Albuquerque began rising compared to historical conditions, and despite below-normal annual precipitation, according to maps produced by USGS. In 2016, USGS maps indicated “relatively high” levels of groundwater. At the same time, USGS noted that groundwater level declines, called drawdown, have reduced significantly.

According to USGS hydrologists Amy Galanter and Andre Ritchie, that means the aquifer system that Albuquerque has relied on to supply drinking water to residents since the 1950s is rebounding after more than twenty years of efforts to restore it.

Depleting groundwater across the country

Groundwater levels have dropped significantly across much of the West in recent years, impacting food production and drinking water access. Aquifers are being pumped dry in an effort to meet demand for water as populations boom throughout the West.

Albuquerque relies on the Santa Fe Group aquifer system, a network of interconnected groundwater deposits within the Middle Rio Grande Basin stretching beneath Albuquerque and the surrounding communities. Generally, aquifers are recharged from precipitation that filters down through sediment, Galanter said. It’s a slow process, and much of the water beneath Albuquerque is “old water.”

RELATED: Running Dry: Groundwater levels are dropping across the West, including in the East Mountains

The problem isn’t unique to New Mexico. The search for water has exacerbated once generous sources of fresh water across the western half of the country, driving developers to drill deeper and deeper to find the resource. The problem is growing is magnitude. Researchers at the University of California Santa Barbara recently concluded that “widespread deeper well drilling represents an unsustainable stopgap to groundwater depletion,” in a paper published in Nature Sustainability.

The city of Albuquerque, with an average rainfall of 9.5 inches per year, began pumping water from the Santa Fe Group aquifer system in the early 1960s. As development grew, and the region entered into periodic stretches of drought, the aquifer’s water resources steadily depleted.

The plan outlined a series of water management decisions aimed at conserving the city’s water resources and allowing the aquifer to rebound. The authority also implemented a series of water conservation programs aimed at its customers, such as rebate programs for water efficient landscaping and appliances, and reusing non-potable water for irrigation.

But the central thrust of the strategy involved shifting the majority of the city’s drinking water supply to surface water, as part of the San Juan-Chama Drinking Water Project.

“That transition is really responsible for the rebound of the aquifer,” Yuhas told NM Political Report. “Conservation is great and it arrested the decline in the aquifer. But the rebound is because we started using the surface water.”

The San Juan-Chama Drinking Water Project diverts water from the Colorado River Basin into the Rio Grande to be used to supply the majority of the city’s drinking water. To do so, ABCWUA spent $450 million in infrastructure to construct a water treatment facility and lay some 38 miles of pipeline underground.

“It took from 1995 to 2008 to get that water treatment plant built and operational, so that we can use it for supplying our customers,” Yuhas said. “Right now, we’re supplying 80 percent of the community’s water supply from surface water.”

The authority is also working to restore the aquifer by injecting diverted river water into the aquifer.

Overall, ABCWUA’s water management decisions have been largely successfully, said Galanter. According to USGS data, the aquifer began to rebound in 2012, about four years after the water treatment facility came online. The area of drawdown, where groundwater levels drop, is also growing smaller.

The city’s success in water management speaks to ABCWUA’s hard work in public outreach around water conservation. But in some ways, Albuquerque was lucky to have a surface water source that could support the city’s demand for water while the aquifer rebounds.

Other communities, such as those in the Sandia Basin, aren’t as lucky. “Their aquifer is so different than ours,” Yuhas said. “What they have in the East Mountains is cracks in the rock — cracks in the limestone where you can find a little bit of water. If you get lucky and drill into the right area, then you find some water. If you don’t get lucky, you drill into rock.”

Still, Galanter said there are lessons to be learned from ABCWUA’s efforts.

“Something that translates no matter what kind of management system is conservation,” Galanter said. “The ABCWUA has worked really hard on really promoting and supporting conservation measures. The use of surface water is more situational and depends on other factors. Conservation anywhere is effective.”

“To address climate variability, we projected high, medium and low demand and supply over the next 100 years to determine where there were gaps in meeting the projected demand,” Yuhas said. Using that information, ABCWUA developed a series of potential programs that could be implemented in the future, ranging from increased conservation, reuse of wastewater, aquifer storage and recovery, watershed management and stormwater capture.

Galanter and Ritchie, meanwhile, will be collecting more data on how the city’s water resources are responding to these decisions.

“The Southwest is forced to be a leader in conservation, out of necessity,” Galanter said. “We can learn a lot from the data in these maps, and interpolating the data by looking at the effects of a management decision, learning from that, and being able to plan.”